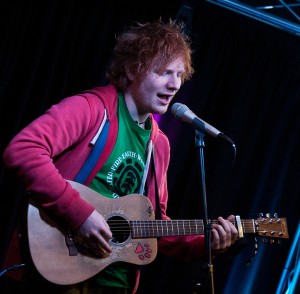 Ed Sheeran has announced a new tour to kick off 2013 in the United States.  The dates start in January and wrap up halfway through February.  The tour will begin with a date at the House of Blues in Houston and end in Tucson at Rialto Theatre.  There will be plenty stops across American in between.  Fans of Sheeran can get tickets now through the numerous presales that are available.  Tickets go on sale to the general public tomorrow, September 27th.  Each show has its own time for the on sale, so check out the links below for more information on each specific show.

The “A-Team” singer is hitting the road in the United States again starting in January 2013.  Over the past few years, Sheeran has been arguably the hardest working man in music.  In 2009, the British singer performed 312 shows around his local area.  After getting his big break in 2010, Sheeran has been an unstoppable force.  His rise to the top was met with great support from his YouTube fans.

Sheeran gained a significant amount of mainstream attention with the release of No. 5 Collaborations Project.  The independent EP would go on to reach number 2 on the iTunes chart, which became especially impressive with no promotion of label behind the release.  This led to a deal with Atlantic and the debut release of + in 2011.  The album was released on September 9, 2011 and solidified the popularity of the young singer.  The album sparked the 2012 VH1 You Oughta Know Tour, which was Sheeran’s first headlining tour.