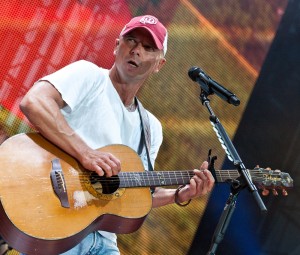 Kenny Chesney will be hitting the road again in 2013.  The popular country music singer has announced 17 new dates in stadiums across the United States.  The tour will kick off in Tampa, FL on March 16 and stretch out until August 24 in Foxboro, MA.  Chesney will bring some friends out on the road with him in the form of Kacey Musgraves, Eli Young Band, and Eric Church.  A great deal of open dates remain, which leaves open the possibility of additional shows.  Your first chance to get tickets will be as early as November 9th as a part of the Kenny Chesney Fan Club.  Tickets for most shows will go on sale to the general public on December 7th.

Check out the list below to see if Chesney will be coming to a city near you.