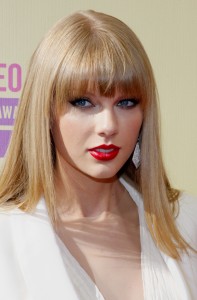 Taylor Swift is finally heading back out on tour.  After a notable absence, Swift has announced new dates in support of her album, Red.  The album is her first since 2010. Swift got the inspiration for the album name based on her past relationship experiences.  She explained that all the emotions, good or bad, during these times were red.  The commercial success has continued for Swift so far, as the lead single “We Are Never Ever Getting Back Together” became her first number 1 single on the Billboard Hot 100 chart.  There are very few firsts left at this point for this multi-platinum star, but Swift says the new tour will be just as exciting as ever.  The tour will start on March 13.  Your first chance to get tickets will be on November 16th with select presales.  You can check out all the currently scheduled dates below.

Taylor Swift has just about done it all.  At the young age of 22, Swift has been in movies, hosted Saturday Night Live, sold millions of records, and headlined best-selling tours.  With all this success at such a young age, the only question that remains is how much is left for her to accomplish?  One thing is certain, Taylor Swift’s success is not fading any time in the near future.  With the world at her fingertips, it will be interesting to see what else this mega-star can do.

Taylor Swift has announced a 58 Show Tour, We will have the dates listed here momentarily!