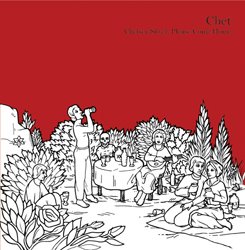 EACH MONTH WE PROFILE AN ARTIST THAT ABSOLUTELY KOSHER RECORDS PROVIDES US WITH. THE NEW ALBUM FOR OUR BAND OF THE MONTH OF MAY: CHELSEA SILVER, PLEASE COME HOME BY THE BAND CHET.

Chet’s music reminds me of being ship wrecked on a windless ocean with A.C. Newman, The Mountain Goats, and Antony and the Johnsons. They have the fullness of the first, the literary pretensions of the middle, and the unsettling falsetto croon and yearning of the last.

Chelsea Silver, Please Come Home is the British Columbia band’s fourth album in seven years. It is rocky and ethereal and beautiful. Sometimes the kitchen sink approach is too clever by half with long drawn out songs filled with too many ideas and not enough breathing room. Thankfully despite their attempts at bombast and grandeur, it’s within the simpler moments that Chet is at their most honest sounding.

The Night The Night is a near seven-minute opener that shifts endlessly, going all the way from a lonely opening to the majesty of a 1960’s wall of sound recording to a swirling noise cacophony and back by song’s finish. 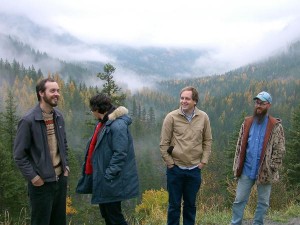 Cautious Melody lives up to his name, with quietly burbling drums and cymbal washes, muted guitars and keyboards, strings and singer Ryan Beattie’s croon. It never sounds busy despite everything that is going on. It slowly continues its journey until the end.

Saint Jerome, my baby tames lions, with its strange refrain of Look to your lover. Half naked in the water feels like it took the calm of “Curious Melody” and ratcheted it up just a notch.

The album’s centrepiece is An abiding love despite adversarial vice. Clocking in at over thirteen minutes, this opus is basically a recap of the strengths and weaknesses of the first four songs, ending with an endlessly repeated refrain: And when the money is gone, I will show you love.

The country blues of Every Night A Supper Wine is a song about drinking at sun down, and is easily the strongest on the album. Perhaps it’s because the song feels the most traditional. The dynamic volume swells are a nice touch as well.

The album’s closer Allerseelen finds Beattie sounding like he’s singing into a cheap recorder about love. And though the lyrics throughout the album are well crafted and thematic (love, failure, and loss are the main themes)  it is the music that stayed with me.

At the end of the day, Chet may make the type of music described as “the kind you have to be in the mood to listen to.” While it certainly has its moments of beauty and intrigue, when taken as a whole, Chelsea Silver, Please Come Home is a bit too concise to be trying so hard. The shorter songs work best, only because their reach doesn‘t exceed the grasp. I wish they’d spent time in this area, giving us more easy-to-digest bites. The majestic power of a thirteen minute opus comes across better in a live performance no doubt. But on record I found my mind wandering.

Still, Chet is doing somrthing different. And in a day and age where new bands are a dime a dozen and start become indistinguishable from one another, Chet has carved out its own sound, trying to reach great heights in the process. They may not be everyone’s cup of tea, but at least they make a strong cup.