Absolutely Kosher Band of the Month: Hallelujah The Hills

EACH MONTH WE PROFILE AN ARTIST THAT ABSOLUTELY KOSHER RECORDS PROVIDES US WITH. WELL, SOMETIMES THEY HAVE US COVER A BAND BY MISRA RECORDS ALSO, SO HERE’S OUR BAND OF THE MONTH FOR DECEMBER: Hallelujah The Hills.

For this month we are covering Boston locals Hallelujah The Hills. The band are the most inventive attempt of blending keen musical prowess with infectious pop chords. We caught up with band front-man Ryan Walsh on how far the band has come and where they intend to go after the release of their sophomore album Colonial Drones. 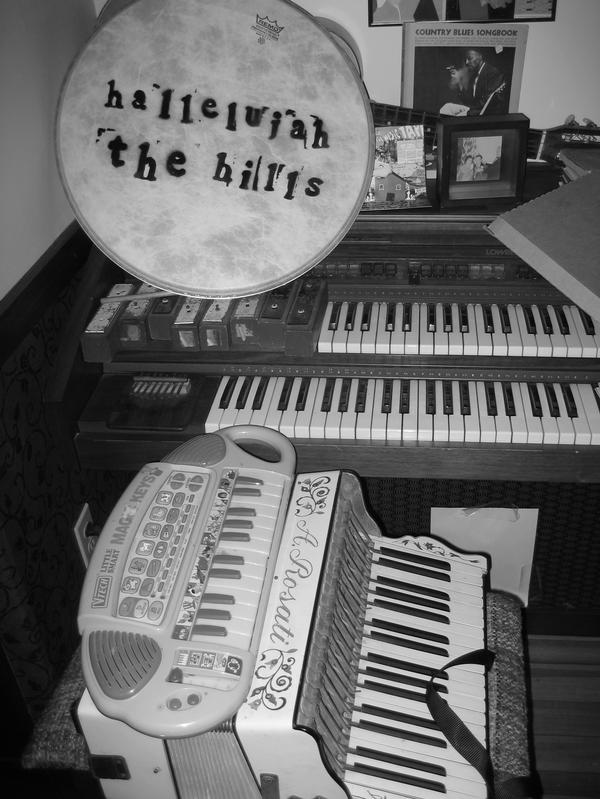 Randomville: How did you’re band come to be?

Ryan Walsh: I learned how to be a musician by starting bands and seeing how far I could push them. I didn’t wait until I had a good grasp on the guitar or singing, I just jumped right in and learned by doing. I played in bands such as Ghost Boy, Mr. Pistol, and The Stairs. The Stairs lasted until 2004 and I was having so much fun that I started Hallelujah The Hills a month after the last Stairs show.  Eric, the drummer for the Stairs, came along with me.  Then we asked people around Boston that we a) had become friends with and, b) were adept with an instrument that we wanted in the lineup. I have our very first practice somewhere on tape actually…

Time to search the archives!

Randomville: What are some of your influences? And would you say they play an important role in the song writing process? 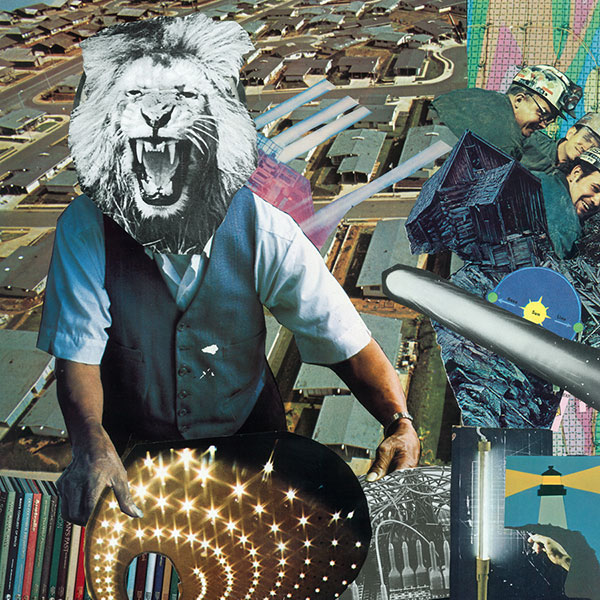 The bands new album "Colonial Drones" is out now!

RW: There are countless musical influences that have seeped into me, I’m sure, but they are not consciously a part of my writing process. Unconscious, sure, hands down.  But when it’s time to sit down and write I’m thinking about the interesting phrases I’ve jotted down in my notebook and how to capture real human moments without sounding trite and cliché mixed with killer chord progressions designed to wreck the room!

Randomville: A lot of bands seem to be struggling with the country’s current economic crisis and we’re curious to know has this directly hindered the band in any way shape or form?

RW: The opportunity to make money in a band like ours remains approximately non-existent. It’s always been this way since I started releasing music in 2003 and I suppose the situation has been emphasized by the economic crisis. Every member of this band loses money when we go on tour (we’re not earning any income yet we still have to spend money on food from when we’re back home and employed). Many will point to the prospects of licensing your song to be in a movie, TV show, or commercial as the new revenue model for music. That’s a party we’ve never been invited to but even if we were it would be a tough decision (especially a commercial) what with the ghost of Bill Hicks standing over your shoulder insisting you’re off the artistic roll call the minute you sell a piece of art to a commercial endeavor…I mean wow! What a pickle! So, basically, you’re enlisting yourself for a life of poverty when you choose to be a musician in a full-time-ish capacity. Maybe that’s the way it’s supposed to be. I have no idea. Answering this question with authority files you away into the self-righteous category fairly quickly anyway. But it does sometimes justify a line of thinking that encourages you to question what you’re doing. So far, in my life, this questioning has been mercilessly beaten down by a desire (a desire so strong I would almost call it a “need”) to write, record, and put out music. For example in 2001 I received a $10,000 grant to record an album from my hometown of Dedham, MA. 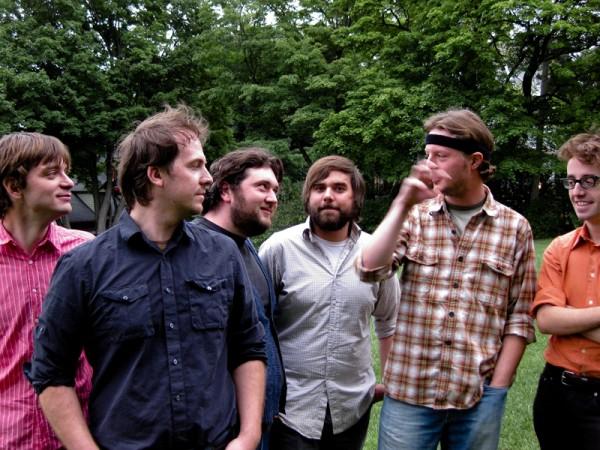 If I had taken that money and invested it wisely I might not be in debt right now. Perhaps I might even be well off. I have to imagine though, and hope, that at least this life (this touring, music-filled, debt-ridden life) is unequivocally more interesting than the other option. I recently learned our label Misra Records won’t be releasing any more albums for the foreseeable future due to finances. So, there’s the short, concrete, anecdotal answer for you.

Randomville: What bands have you guys toured with? Have any friendships started with other artistS you guys have shared the stage with?

RW: In 2007 we played an under-attended show in Chicago with a band called Titus Andronicus. I was blown away by them. There’s an account of that night on a tour-summation I posted to our myspace page. I think it’s still there. Anyway, since then we’ve become great friends and we sing along with each other at shows. Patrick Stickles (who plays guitar, vocals, and harmonica for the band) also added some vocals to our new album Colonial Drones. And, most recently, our band contributed piano, trumpet, cello, and vocals to Titus’ amazing, amazing forthcoming album called The Monitor. 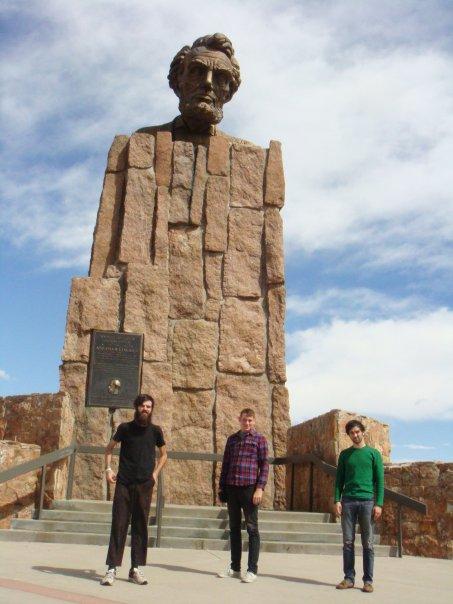 It’s also a great honor to be one of the few bands in the world to have ever opened for The Silver Jews. They dedicated “Suffering Jukebox” to us in Boston which is one for the mental scrapbooks for sure.

Randomville: What would you say was the best experience you guys had touring. Such as your favorite venue/ show?

RW: There’s a place in Charlotte, NC called The Milestone where you can get a free shot of liquor if you let the bartender taze you. There are signs posted asking you not to deface the historical graffiti. I like that venue a lot. I love when people shout things at the stage. Good or bad, so that usually makes for a good show.

Randomville: Also touring usually isn’t an all-year job. What are some of the things you guys enjoy doing on your down time?

Randomville: And lastly we just have to know: what is next for Hallelujah The Hills? 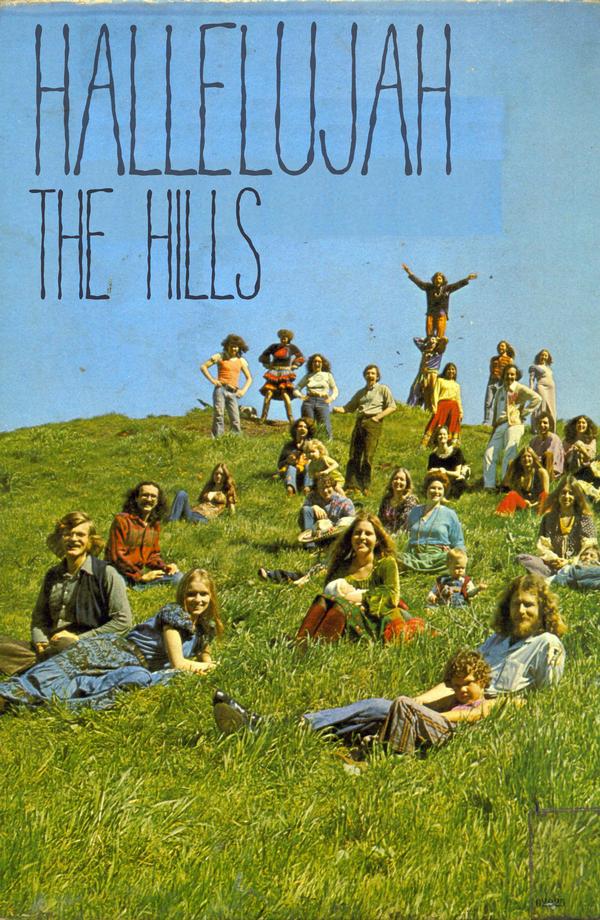