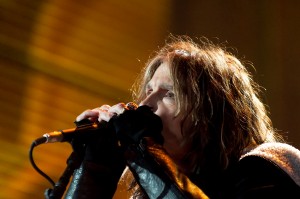 After a lengthy summer tour, Aerosmith is heading back on the road for an additional 14 dates that stretch through the end of the year.  The tour will start again in Oklahoma City on November 8.  The legendary rockers will release Music From Another Dimension!, their newest album, on November 6.  The album will be the band’s first since the release of Honkin’ on Bobo in 2004.  Thus far, the new music has been received well by longtime fans of the band.  The list below contains all of the scheduled dates for the Fall leg of The Global Warming Tour.

Cheap Trip will once again open for Aerosmith during all of these scheduled dates.   Tickets for the shows go on sale at Ticketmaster today!  Make sure you check out the links below for some great information on the show for you.