You’d be hard pressed to catch me on a dance floor of any kind.  Years of ridicule has pushed the late twenties white man to the side, constantly forced to create his own private dance party in the dark corners of the floor where most don’t dare tread.  You know that guy who always stands in the shadows, nervously shimmying from side-to-side, never quite stepping into the light with a mysterious slight hint of horrendous deformities?  I’m the guy behind that guy.

Like many other late twenties white guys, the dance floor was not made for us which is why we have to take it back, one floor at a time.  Bestfriends, a new duo from Chicago, has come to join in that worthy cause.  They’ve recently released a six-song EP full of tracks readymade for any dance floor. 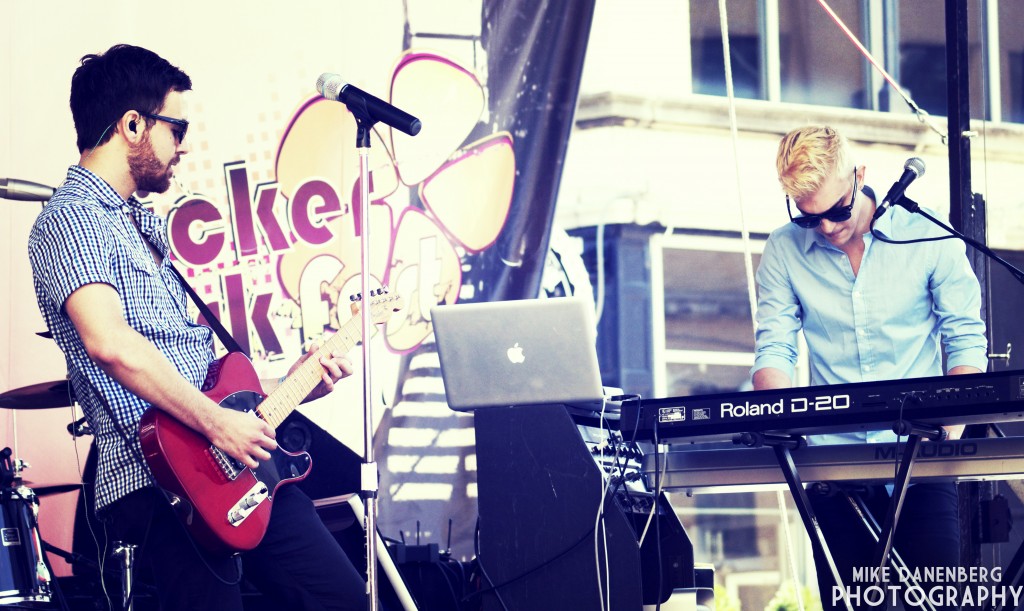 Bestfriends writes, records, performs, engineers, produces, mixes and masters all six songs on the EP which is a tall order once you hear the production value of the songs.  Through all of my years of reviewing music, I can easily say this EP has the highest production value of any independent record I’ve ever reviewed.  The duo made up of lead vocalist/guitarist Nick Scalise and keyboardist/guitarist/backup vocalist Gregory Shanahan recorded the entire EP in their parent’s garage and basement which is insane considering the high level of quality.

“Just Goodbye” is definitely the highlight of the record, with a simple guitar riff layed out over a booming, lazy bass.  The perfect song to kick off the end of summer and call things off with your summer lover/fling/cardboard box.  Singer, Nick Scalise, must have had similar thoughts when he sings “Just goodbye/cause I won’t be the one you see still falling for you”,  so sick of his lover that he just needs to cut all ties in order to move on with his life/summer/weekend/brunch.

“Body Rock” keeps rolling with catchy dance music supplemented with every vocal trick in the bag from high falsettos to electronic infused voices all fired one after the other in a vocal barrage during the chorus of the song.  The song may summon images of Maroon 5 with it’s funk guitar underneath a high male falsetto voice but the backup vocals and vocal tricks pull it back into different areas that remind more of early Michael Jackson or Prince, which is always a welcome comparison.  Other tracks, “Lost in Your Bed” and “”Lying About Love” take things down a notch but never enough to make you want to leave the dance floor.

The lyrics in the record leave a little to be desired and are the only low-point of the record.  They’re about what you can expect from a dance pop record: songs about lovers, losing control, rocking you, etc.  The sharpest lyric I could find is in the song, “Work” where Nick sings, “You’re counting money I’ve never had/So I ain’t counting on you” which is the kind of lyric I had hoped to hear more of throughout the record.  But chances are, if you’re buying this record, you’re not particularly interested in lyrics.

The Bestfriends EP is a solid first outing and could be the first step in a bright future in music for this duo.  I’m definitely interested to see where they’re headed.  In the meantime, I’ll continue with my weird shimmying behind that guy in the corner.

The Bestfriends EP can be purchased on iTunes.