This is the fourteenth of twenty-six exclusive reviews of the A-Z Series by Northern Irish band Ash. Type “Ash” or “A to Z series” into our search engine to find our other articles on this topic.

With the first half of The A-Z Series concluded, Ash are now taking their task of releasing twenty six singles in a year especially seriously. The first taste of this is the stadium-filler, “Dare To Dream.” 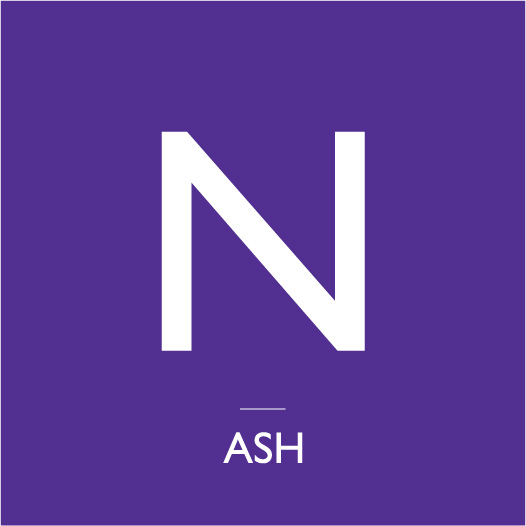 The track begins with Tim Wheeler’s soaring guitar chords, a prickling cold sweat causing the back hairs of your neck to stand as they relentlessly shriek,  holding your arm tightly. The build-up reaches higher and higher, past the two-minute mark, at which point Rick McMurray’s drums begin their stride with thunderous stomps. The drumming, however, remains open enough for Wheeler’s voice to soar effortlessly throughout the track.

Listen to “Dare to Dream”: [audio:http://randomville.com/wordpress/wp-content/uploads/2010/04/Ash-Dare-to-Dream.mp3|titles=Ash — Dare to Dream]

The true payoff comes in the bridge: the lyrics of “Challenge what is possible, You can change the world” leave an inspirational mark on nearly all listeners, and not since “Joy Kicks Darkness” has a track demanded constant plays throughout the day. Simply put, “Dare To Dream” has the potential of being that track you’d hear in football stadiums, smiling each time as though it were the first time you’d heard it.

Our guest for this singles coverage is a loyal Ash fan, Beatles enthusiast, and an extremely kind friend, Miss Sprucy. 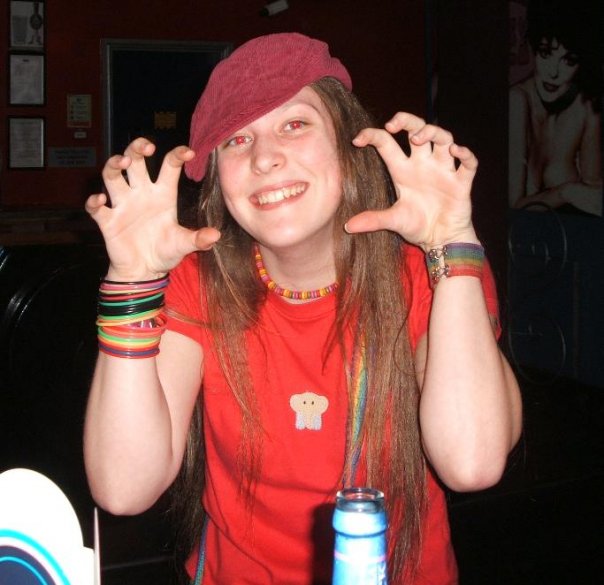 Randomville: How would you describe the emotions “Dare To Dream” stir? Would you agree that it has some inspirational qualities?

Sprucy: “Dare To Dream” is an enthralling and absorbing track that, yes, in its own way is inspirational. It’s the kind of song that gets you thinking about life, daft things as well as major stuff, I think due to the climaxing vocals at the start, and prominent bass line throughout.

Randomville: How have you been enjoying The A-Z Series? Which has grown to be your favorite track?

Sprucy: I was a bit skeptical at first – I always liked albums – but I have been proven wrong. It’s been a great success: hearing new material on a regular basis is awesome, as well as getting dominant songs that stand alone. I think the song that I have really attached to is “True Love 1980”…I just love the melody, and every time I listen to the track it’s stuck in my head for hours! 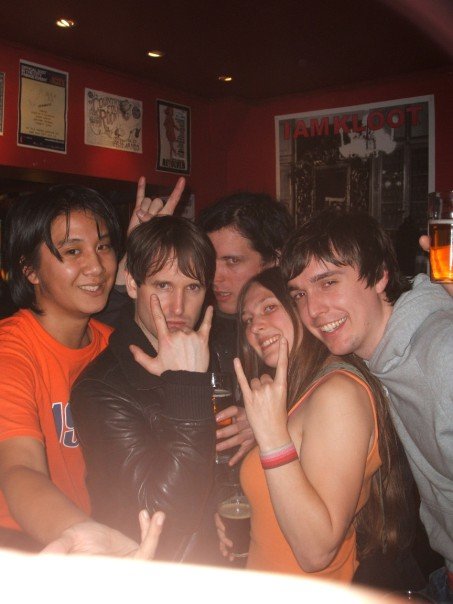 Randomville: If you could see any band cover “Dare To Dream,” who would you task this to?

Sprucy: Not sure to be honest, perhaps someone like The Manics, or maybe Velvet Revolver.

Randomville: What is your favorite Ash album and track from that album, and why?

Sprucy: I never like to pick favorites; my choice tends to change with my mood. However, I guess if I had to pick any it would be Free All Angels as it was the first Ash album I owned. Best track then would have to be “Walking Barefoot” – brilliant lyrics, and I absolutely love it live, it always sounds amazing.

Randomville: Do you travel often? What’s the last place you’ve been to?

Sprucy: I absolutely love exploring new places and meeting new people; the world is too small to not try and see it all. The last place I adventured to was New Zealand. A truly breathtaking place, there was never a dull moment. 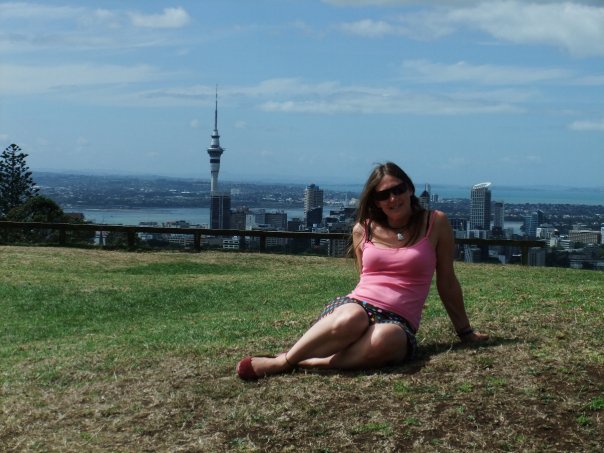 Randomville: Do you yourself play any musician instruments?

Sprucy: I do indeed! I play the piano, clarinet, and I also attempt the guitar haha.

Randomville: What was your proudest moment playing your musical instrument?

Sprucy: Proudest moment, that’s a tough one. I think it has to be when I found myself able to play the piano sufficiently enough to put my hand to most Beatles songs. Also the first time I played a song all the way through on the guitar, had taken me far to long to do it but I got there in the end 🙂

Randomville: What do you think about this Ash cloud and how the bands made a competition out of it? 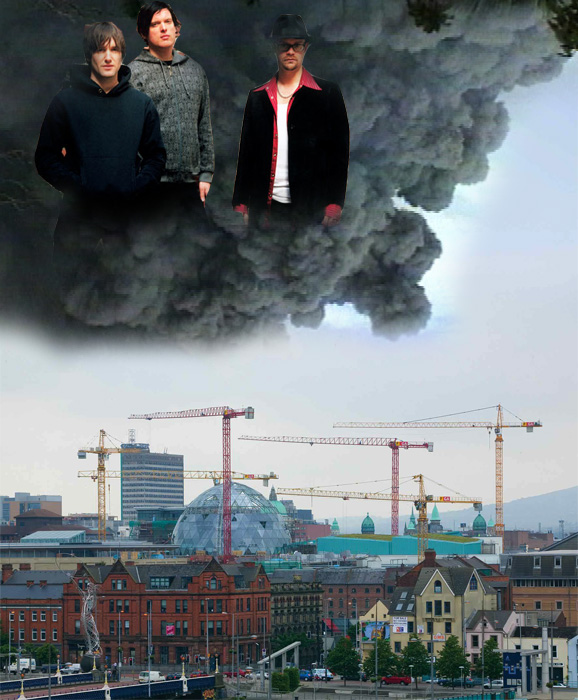 Sprucy: When I first read Mark’s comment on the Ash cloud competition, I couldn’t help but giggle. Personally, I think it’s highly amusing, and why not make something good out of something bad? It’s certainly one of the things I love about the band: they don’t mind trying random ideas, even if it might cause some controversy.

Randomville: How far have you gone to see the band perform?

Sprucy: Not very far, I’ve never seen them outside of England. I do keep planning on seeing them in Ireland and I also hope to get to New York at some point.

Randomville: What was the best Ash gig you ever attended?

Sprucy: Best Ash gig, tough one since pretty much every gig I have been to has been awesome! So I shall pick the set of Koko gigs in 2007, all of the set lists were fantastic, and I loved that the band did change them up for each gig. The atmosphere for all of them was intense! I came out of every gig tired…sweaty and happy. The other thing that made these gigs great was that I got to meet a lot of [the members of] the Ash board that I’d not met before…made some good friends that weekend. Oh, not to mention getting to hang out with the band after the gigs is always a bonus.

Randomville: Who’s an Ash fan you have become close friends with?

Sprucy: Since joining the ash board I have met oodles of people, I would say one of my closest friends though is Doyle. 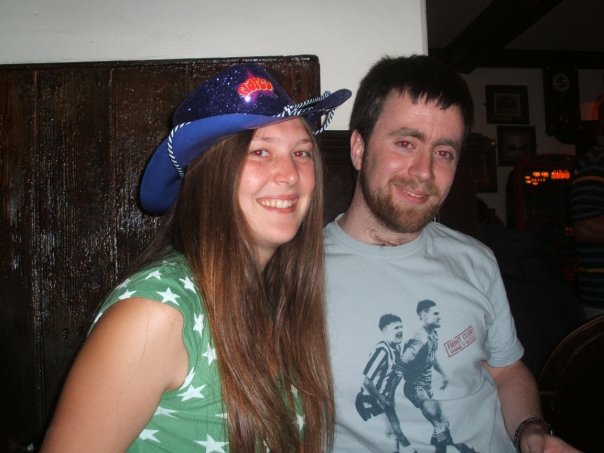 Randomville: When you are not being interviewed about Ash, what are you doing?

Sprucy: Listening to Ash! Oh and The Beatles of course. I’m a fan of classic cars and motorbikes, so I do a fair bit around all that…love going to music festivals and just all the usual stuff like going to the pub for a pint or ten. 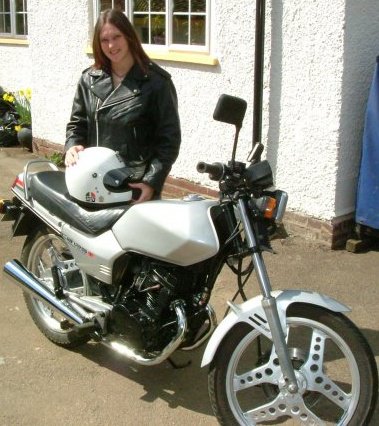 This will be available to subscribers only so hurry here and do so!