This is the 17th of 26 exclusive reviews of the A-Z Series by Northern Irish band Ash. Type “Ash” or “A to Z series” into our search engine to find our other articles on this topic.

Before we enter this single’s coverage we’d like to share some words that previous A-Z Single guest, Karl Darley, had to say on this new track. Why? Karl created a Facebook group in hopes of helping the band reach top 40 status on the charts. Despite “Binary” not reaching that far, we still feel that sharing what he had to say is extremely important.

I think “Binary” is a quality track. If I’m totally honest, it’s probably got the weakest lyrics out of all The A-Z singles so far. It’s basically loads of rhyming words thrown together. It’s so catchy, though, and gets lodged in your head. Also, it has the best video so far, too. Seeing as it was the next ‘radio’ single, it made sense to use that song as the basis of the campaign. To be honest, even without the Facebook group, I still believe it would have been Ash’s highest chart position from the A-Z series because the song is so catchy – Karl Darley 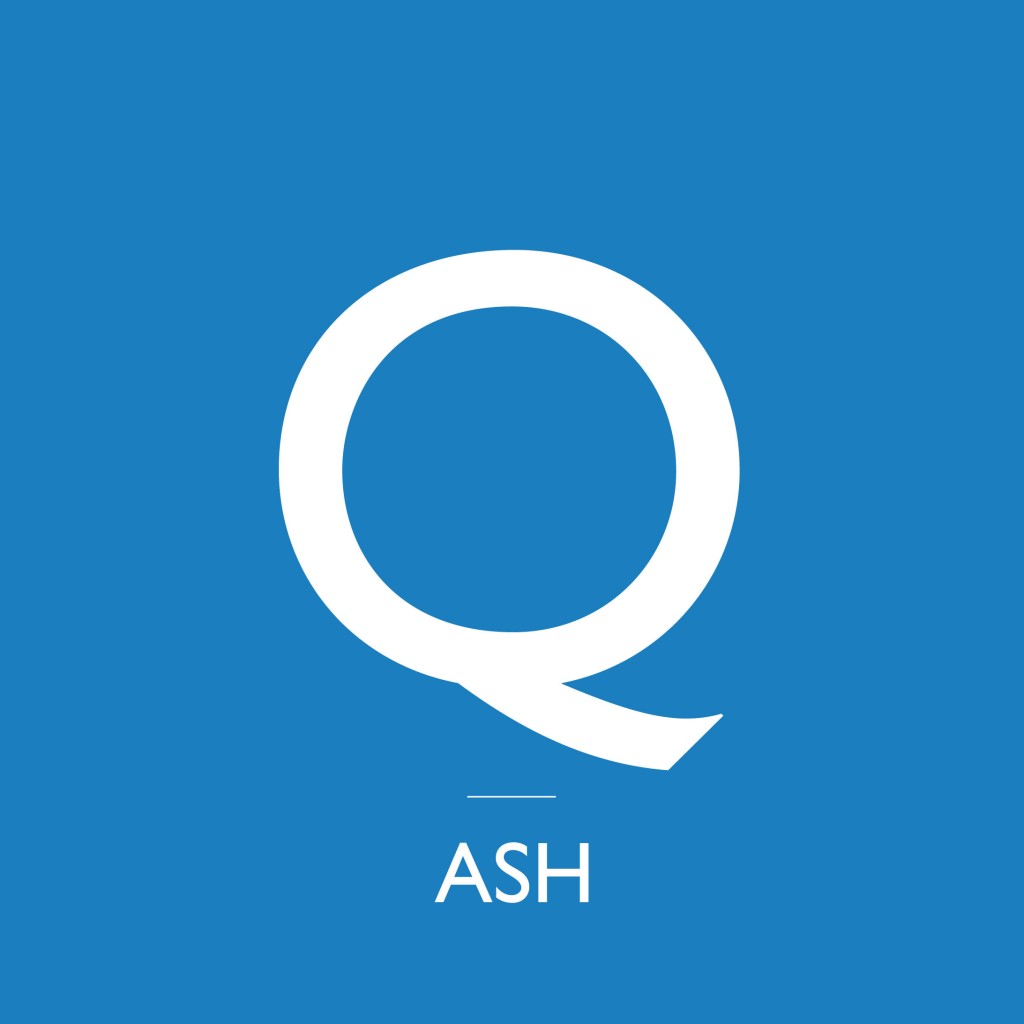 For the band’s fourth radio single for The A-Z Series we decided to interview musician/animator/film director/and overall kickass Ash fan Nico Jones, who created The A-Z Teaser trailer, and music videos for Ash b-side “Nocturne,” “Return of White Rabbit” and the single we’re writing about, “Binary.” 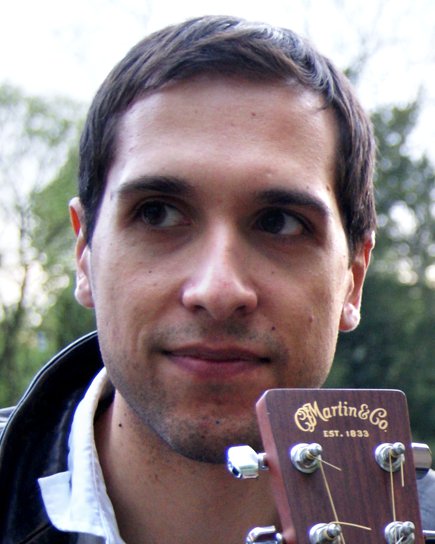 Randomville: Who thought of the initial concept for the video?

Nico Jones: I kept making little tests and treatments for other singles and sending them through to Mark every now and again.  I mentioned the possibility of filming some [of the band’s] performance on greenscreen, and he suggested combining it with some of the approaches I’d been testing previously.  During the period when we were trying to get the shoot logistics figured out, I kept trying to develop the techniques I’d use in the video.  I actually wasted loads of time on fancy effects I didn’t end up using, so in truth I had no idea how the video would actually look until I’d gotten the footage through and started messing with it!

Randomville: Most people who have seen this have made the comparisons to Tron. Was this a definite inspiration or did the ideas stem from somewhere else?

Nico Jones: Ha, it did definitely end up looking very Tron! I can’t deny it!  The hologram look is straight from Star Wars too.  I’d love to have developed a truly unique look from the ground up but the time wasn’t there in this case.  To be honest, I did say at the start, “I don’t want this to look too much like Tron,” but the sci-fi vibe fitted with the feel and groove of the song, so I guess I just went with the flow! 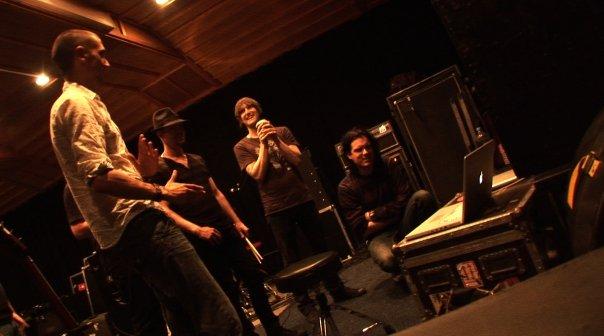 Nico shows the band the video for "Return of White Rabbit" for the first time.

Randomville: Did the process of creating this video greatly differ or feel similar to the past videos you’ve made for the band? (“Return of White Rabbit,” “Nocturne,” and The A-Z Trailer)

Nico Jones: Well, “Nocturne” was quite relaxing because of the subject matter, The A-Z Trailer was a lot of fun because of the variety, and “ROWR” quickly developed into an absolute nightmare because of my over-ambitious treatment and the small size of the team working on it. I get the shakes just thinking about the last few days on that project!

By comparison “Binary” was fairly simple.  Alex Beck (director of previous radio single “War With Me,” shot the performance footage at Atomic Heart in NYC) did a great job with the filming, the band put in some great performances, so all I had to do was tie it together.  A lot of work went into setting up the editing work flow so we could deliver on time, after that it was just about keeping the focus on the band and the song, not the graphics.

It was great getting actual performance footage of the band too.  They clearly had no idea how the video would end up looking, so I guess it was a bit of a leap of faith for them!  Also Rick pulled some good shapes that didn’t make it into the vid. 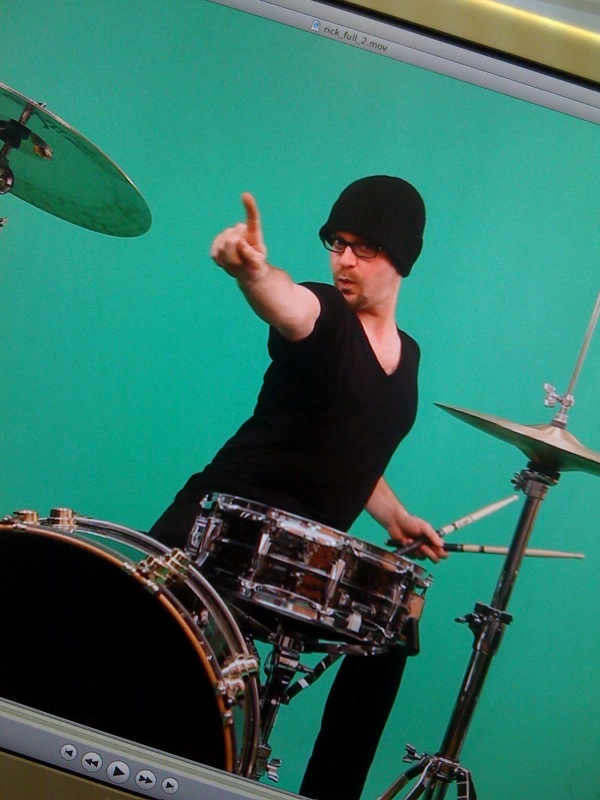 Randomville: Were there any other music videos you were slated to do for the band?

Nico Jones: We almost got to do a video for “Arcadia” just before it came out but it didn’t quite happen.  Josh Kletzkin ended up doing a great job on that right in the middle of the A-Z tour.  The setup would have been similar to the “Binary” shoot actually, but at that point it wouldn’t have ended up being as good; so although it was a shame at the time, I’m glad it worked out like it did.

Randomville: What made you want to work with Ash?

Nico Jones: For some reason my style seems to fit well with some of their material.  A mix of heightened drama and innocence, I guess. I just made the “Nocturne” vid for a bit of fun, so it’s weird how it’s all worked out!

Randomville: How did you become an Ash fan?

Nico Jones: I heard a cover band playing “Girl From Mars” and it blew my youthful mind!  I tracked down “1977” and as soon as the “Lose Control” solo came around, it was game over.

Randomville: Is “Binary” your favorite of the A-Z Series? And if not then which track is? 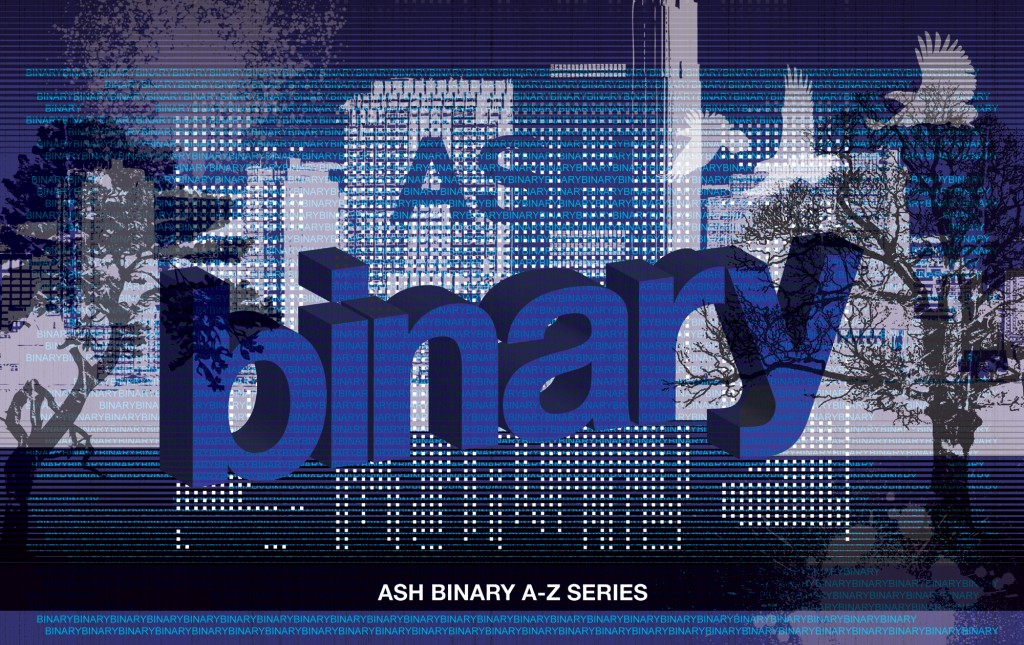 Nico Jones: I do love “Binary” but “Arcadia” is the one for me.  It’s just so insanely grand and exciting.  I love the epic stuff, so “Neon” and “The Dead Disciples” also rank right up there.  The acoustic version of “Tracers” is immense too.

Nico Jones: I figured out how to make a lightsaber effect at the same time as discovering DV camcorders.  I spent about a year making a ludicrous Star Wars parody, and that’s how I started to learn the software.  Fast-forward to Pixar films and their ability to connect with any audience, young or old.  WALL-E was the one that made me have a go at character animation; it’s the absolute shiz.

Randomville: So, for those who do not know, you are also a musician. What inspired you to become one? And do you have a band also?

Nico Jones: Well, it was Oasis that made me pick up a guitar. I was definitely carried along on the wave of Britpop at that time.  I remember hearing “Don’t Look Back In Anger” and being unable to comprehend how good it was.  That said, I played a hell of a lot of Ash songs in cover bands over the years.

My band is called Finding Calcutta. 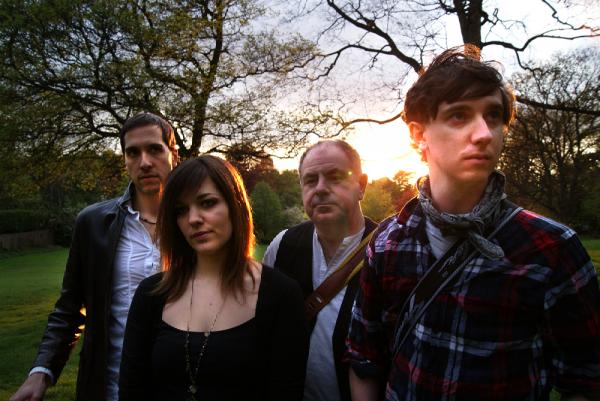 I suppose we’re a folk band now!  We used to be pretty much a rock band with acoustic guitars, but I started listening to a lot of folk like Cara Dillon, so that definitely sent us down a different road.

Randomville: With all the work you do with animation, music, editing, writing,  et cetera, what advice would you give to someone with any spark of interest in the fields you work?

Nico Jones: Hmmm.  I think whatever you choose to do, you need be clear and focused about it, and throw yourself in at the deep end as soon as possible. The best way to improve is to be around people who do the same thing better than you, learn from them and put your own twist on it.  You need to constantly push yourself out of your comfort zone, or you’ll stagnate and the self-loathing will kick in.

Randomville: With the positive reactions of this video are there any chances of you working with the band again?

Nico Jones: Never say never!  There may be a surprise or two down the line.

Be sure to also check out the alternative video for “Binary,” which is also a preview clip for the self-made horror film SLASHED! created by Jed Shepherd and featuring Chris Martin and Jonny Buckland of Coldplay.

Also, go here to purchase a remix of “Binary” created by Bloc Party/Pin Me Down guitarist Russell Lissack, who previously went on tour with Ash.

Sasquatch! 2010 in review How I ran a marathon
Copyright 2009 - 2012
Randomville.com ™
All Rights Reserved - Photos Licensed by PR Photos