This is the 22nd of 26 exclusive reviews of the A-Z Series by Northern Irish band Ash. Type “Ash” or “A to Z series” into our search engine to find our other articles on this topic.

Infectious. This word is as much of a verb as it is an adjective in the English language. Things that are infectious stick within our minds throughout the day whether it be the vibrancy of colors or the warm/cool feeling that runs through our bodies along with them. But things we hear which are drenched in infectious waters, notably songs, are much more scrutinized by our brains. 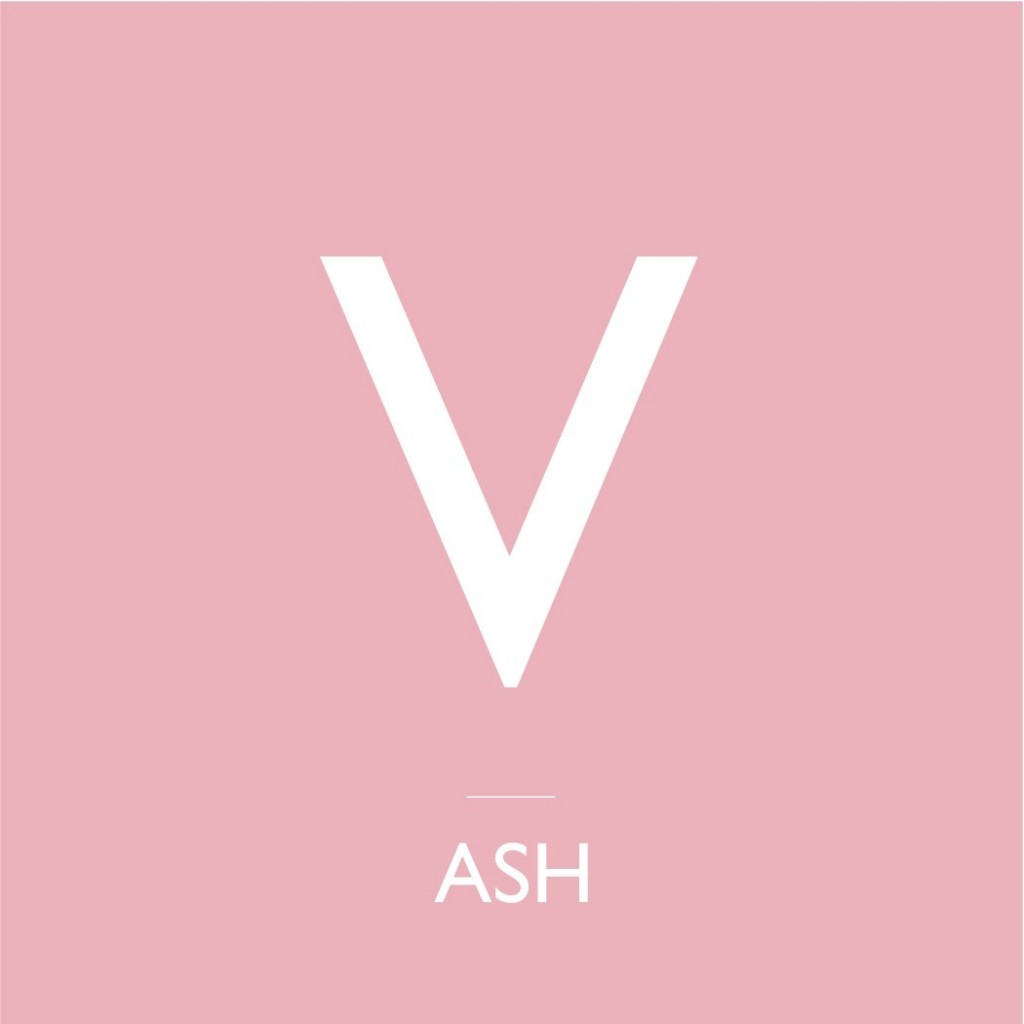 With typical tracks about excesses of sex and money you can hardly blame someone for being bored by the idea of a mainstream “pop” song, but what if you were to encounter a pop song that was as honest as it were infectious?

This is what “Carnal Love” sets out to achieve. Those who enjoyed “Song Of Your Desire” and “War With Me” will find the less-produced rendition of Ash’s pop side a more-than-welcome treat. What makes this track successful is that it’s one of the few times we catch a glimpse of vocalist/guitarist Tim Wheeler being minimalistic with his guitar chords; hearing him do this reminds the listener how versatile he can be and how easily he can get his message across with even the lightest of chords. The vocals ring with yearning and sorrow while never faltering with the subtly catchy attitude beneath its focused objective; to have the track stuck in your head all day.

One thing you must ask yourself, reader: when was the last time a track got stuck in your head and you wanted it there? “Carnal Love” ultimately achieves this by being a light and easy track to get through. The elements of guitar and vocals feel as though they’re in perfect harmony, and you’d be hard-pressed to find a track which delves into the titular subject matter without resorting to describing the human body.

For this single’s coverage we decided to interview two video students of the Art Institute of New York City. One is Gabriel Garcia Rosa, a student who will be graduating before the year’s end and who has NEVER heard Ash before prior being told about A-Z. The other is Kristina Siska, who was vaguely familiar with the band before being interviewed about them, yet had equally no idea about the band’s current status or A-Z concept as much as Gabriel did. Both have given their own interpretations of the “Carnal Love” video (directed by British film maker Alex Turvey) and on the band’s A-Z concept in general.

Randomville: What do you feel is the concept of the video?

Gabriel Garcia Rosa: This video is a series of metaphors; he is constantly eating what SHE serves as a flower bleeds honey. The flower represented to me his soul and her sweetness bleeds on to it represented by the honey. He later eats a cake that is molded into a heart as he devours it; as he takes in all of her “sweet love” he then becomes engulfed with all of her sweetness as he is covered from head to toe with pastries, sweets etc. It’s a well made music video, in my opinion.

Kristina Siska: I feel the concept of the video is a man who is very sexually drawn to a female.

Randomville: Do you feel the track and video has a successful or unsuccessful harmony and why?

Gabriel Garcia Rosa: The harmony works well in my opinion, yes. The lyrics are telling how much he is addicted to her love as the video enforces it artfully by not showing the woman but by showing a representation of what you may get from “love.”

Kristina Siska: I feel like the song is a bit slow and soft for the intense and at times almost graphic symbolism used throughout the video.

Randomville: Is there anything you’d add and subtract from this video?

Gabriel Garcia Rosa: Not one thing.

Kristina Siska: I think I would use actors instead of cake to portray the idea in the video.

Randomville: Were you familiar with Ash prior to hearing this track or have you ever been capable of seeing the band live?

Gabriel Garcia Rosa: Sadly, no. I didn’t know the band existed until you (Ken Grand Pierre) told me about it and recommended me to them. 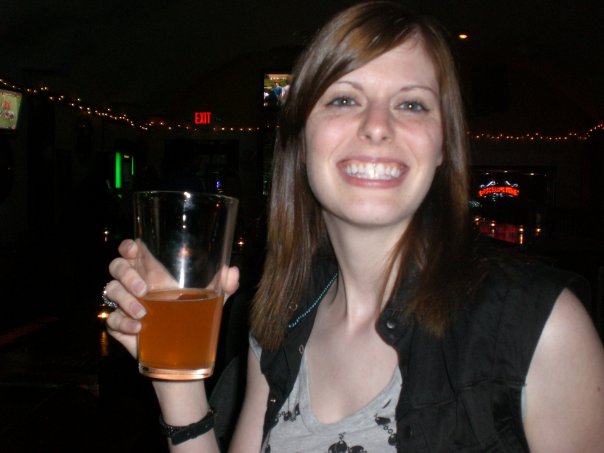 Kristina Siska: Yes, I remember Ash from the 90s. I had no idea they were still around though and I have never seen Ash live.

Randomville: What is your take on the A-Z Series?

Gabriel Garcia Rosa: It’s clearly what a band that doesn’t care about money but cares more about their art would do. It’s creative and a fun thing for die hard fans.

Kristina Siska: I feel like the A-Z series is a bit too much. Releasing a song every two weeks sort of takes away from the suspense and excitement of waiting for a new release; I think I’d feel it’d become too expected.

Randomville: Have you found a favorite track amongst the series?

Kristina Siska: I honestly haven’t listened to any other track from the series.

Randomville: Do you feel going to the Art Institute has made you a better film maker?

Gabriel Garcia Rosa: Yes and no. Yes, meaning that it took me a step further amongst other people in the biz who only focus on one or two programs, where being in this school I know all the programs and could do anything in the film biz. And no meaning most people from the film schools never get jobs [in the industry] after they graduate and most just give up, therefore it’s not really about your schooling at all, but more about your drive to succeed in it.

Kristina Siska: I have learned a lot of technicalities and made a lot of connections from The Art Institute.

Randomville: What projects have you worked on?

Gabriel Garcia Rosa: My most recent project is War Dancer. I’m currently in the post-production process. It’s really the first short film that I made where I’m doing most of the talking through my camera and not what my characters are saying. It’s images with symbols, metaphors, and ideas that I’m trying to convey. It’s an art film.

Kristina Siska: So far, besides several student films and a few other projects, I have worked on red carpets for the Tribeca Film Festival in 2009 and 2010, shot interviews for the Variety Screening Series, and worked on a short film that just premiered at the New York City International Film Festival.

Randomville: How do you hope to succeed with a career in filmmaking?

Gabriel Garcia Rosa: Honestly, to stay small and have more control about what I want to say. My messages that I have in almost all of my films are important and I have more things that I’m still trying to say. Basically: I want to be completely in control of ALL the messages my films convey.

Kristina Siska: I would like to become a professional Assistant Director.

Randomville: Do you feel The A-Z Series is a glimpse of what bands will do in the future?

Gabriel Garcia Rosa: No! Truthfully I think bands that care more about making art will do things like this. However, from what I’ve seen, people care more about money then their art, which really is a shame.

Kristina Siska: I feel like 26 songs in a year is too much work for most bands, so to be honest I don’t feel like this will be a trend with other bands.

You can also watch a short interview with director Alex Turvey here.