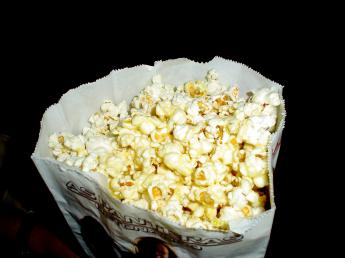 Summer is usually not the ideal season for renting videos and DVDs, what with all the vacations, softball games and outdoor recreation. However, with all the great specials going on at local video stores, it’s hard to resist. Sit back and enjoy this motley bunch of films I reviewed in the past week.

Do not be fooled by the cast of Ned Kelly. Yes, it has more Hollywood hotties than you can shake a stick at, but it is truly a movie of substance. Ned Kelly (Heath Ledger) was an Australian folk hero in the late 1800s, forced into becoming the “iron outlaw” by the arrogant and unreasonable constables in his Irish community. There was a pecking order in the land down under back then—if you were the offspring of someone from the penal colonies, you were shit. Constables were a higher grade of shit, and liked to lord it over everyone else. After being jailed for several years, Ned Kelly returns to his village and family and tries to take the straight and narrow path, but the “system” makes it impossible. After finally having to wax some of the evil tyrants, Kelly and his gang (Orlando Bloom plays the leading sidekick with humorous womanizing tendencies) flee into the wild, alternately hiding out and robbing banks. Despite a law throughout the land claiming that anyone could lawfully kill Ned Kelly, wherever he went he was revered, not feared. Geoffery Rush plays Francis Hare, the English officer who is sent to do him in, but even Hare is captivated by Kelly’s charisma. Rent Ned Kelly to find out why such an outlaw was so respected, and what fate befell the Australian legend.

God Is Great, and I Am Not

As an ardent fan of Audrey Tatou, I was somewhat disappointed in this earlier endeavor of hers. She plays Michele, a young French model who falls to pieces after a breakup, then embarks on a spiritual quest to find the perfect religion. Just when Catholicism and Buddhism aren’t working, she meets and falls in love with a new man, Francois—whom she discovers is a closet Jew. In her dogged pursuit of exploring Judaism, she tries drag her new love with her, forcing him to embrace his roots. There is no huge climax or epiphany from what I observed, and a lot of the French mega-drama falls flat for me. Perhaps something gets lots in translation. Or maybe it was just bad acting—in 2001 Tatou had not yet reached her “Amelie” heights. Bottom line, it’s cute but not her greatest work.

The setting of this film is Paris, 1968, during the student riots. The main character Matthew (Michael Pitt, no relation to Brad) is an American student who meets fellow film snobs Isabelle (Eva Green) and her twin brother Theo (Louis Garrel) at a demonstration and falls instantly in awe of them. The admiration is mutual as they invite him to come and stay at their home, just as their parents conveniently leave town for a few weeks. They soon get caught up in the wonderful hedonism of college life, skipping classes, drinking wine, blowing their parents’ money and lolling about discussing all the best scenes from their favorite movies. The twins bring out the wilder side of Matthew, even though he is slightly creeped out by their unnatural sibling bond, and there are some smoldering scenes in which Matthew and Isabelle discover the wonder of sex. The soundtrack, with lots of great music from that time period (most notably, the Doors’ “The Spy”), adds to the feel and emotion of what was going on in that corner of the world, and because it was so violent then, you know the characters’ wild party will eventually come to an end.