In 2006, Ben Folds released a cover of Dr. Dreâ€™s â€œBitches Ainâ€™t Shit.â€Â  Fans of the eccentric piano man had a good laugh, assuming that his melodic take on the hip-hop classic was a good-natured, tongue-in-cheek spoof.Â  But with the announcement of Foldsâ€™ newest project, the line between humorously ironic cover and serious attempt at bridging musical divides is suddenly not so clear. 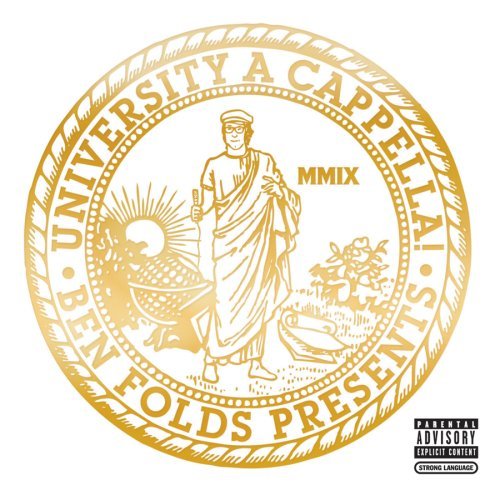 On April 7, Epic Records will release Ben Folds Presents: University A Cappella!Â  The album features Ben Folds tunes performed vocally, without instrumentals by a cappella groups from various universities (and one super lucky high school).Â  According to Foldsâ€™ website, the man himself personally viewed over 200 audition videos before selecting the albumâ€™s final line-up.Â  The former Ben Folds Five front-man even traveled the country to work with most of the vocal groups during the recording process.

Â
As with everything else that happens on a college campus, many of the a cappella auditions are currently available for viewing on Youtube.Â  The video auditions are presumably a good indication of what we can expect to hear on University A Cappella!Â  As these performances demonstrate, and as Folds fans might expect, many of his songs hold up pretty well in the transition from piano-pop rock to glee club chorus.Â  The piano chords are replaced by vocal harmonies with seemingly little effort, creating a predictably ominous effect.Â  The completed album seems likely to stand as a demonstration of Foldsâ€™ strength as a composer.Â

The track list (below) runs the gamut of a prolific song-writing career, featuring renditions of tracks from both Ben Folds Five and Foldsâ€™ more recent solo period.Â  The song selections range from hits (like â€œBrickâ€ and â€œArmyâ€) to lesser-known fan favorites (like â€œEvaporatedâ€ and â€œSelfless, Cold, and Composedâ€).Â  In addition to fourteen tracks featuring vocal groups, Folds leaves the piano behind to personally perform two tunes, â€œEffingtonâ€ and â€œBoxing,â€ all by his lonesome.