“And a blind man on the corner said it’s simple, like flipping a coin.

Jewel, “Down So Long”

As Amy Scalia sat there listening to her favorite artist sing these words in concert in 2006, it finally struck her that all the hard work she’d put into her dreams meant nothing if she kept doing them on someone else’s dime. She had a good job in the city, working for the man every night and day, but percolating in her mind since 2001 had been the dream to found and launch her own online publication. Coalescing that evening as Jewel, it seemed, sang directly to her, Amy decided that it was time she owned the dime. 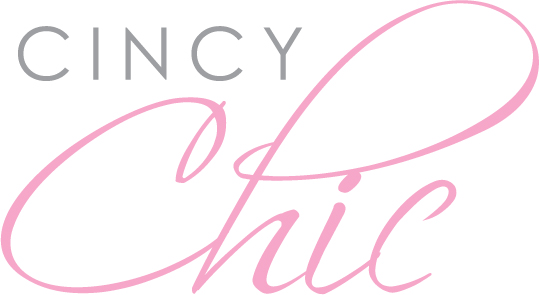 With a grandma who was one of the first female newspaper reporter in the State of Ohio, journalism was a natural fit for Amy. Graduating from Miami University in Oxford with a degree in Mass Communications, her focus was on electronic journalism, which was a brand new track for the school when the new millennium was born. In 2001, her professor told her that her focus needed to be on the electronic side of the profession, as that was where things were heading. He told her then that one day all media would be on one device and she needed to recognize that fact. Many of you may be reading this article on your internet equipped smart phone or I-pad and taking that fact for granted. In 2001, this was a revolutionary idea, and one which Amy took to heart.

After graduation, Amy took a job with Cincinnati Bell running their internal website and newsletter. From her work developing content and articles for Cincinnati Bell employees was born the idea for what would later be known as CincyChic.com. After that, she got a job with a Philadelphia based healthcare company and was tasked with taking their business plan for an online-only publication and implement it in its entirety. She worked for them for two and a half years and was responsible for launching therapy times.com. “But it still wasn’t mine…,” lamented Amy. She decided she needed to move back to Cincinnati, her hometown, and finally make her dream a reality.

Discussions with friends turned into presentations to focus groups and ultimately to the format, business plan, colors, and logo for the Chic brand. “I wanted CincyChic to appeal to a wide variety of women of all ages” said Amy. As she talked with one of her best friends, a woman in her 50s, about the idea, she and Amy discussed what it was that made a 20-something and a 50-something so compatible from a friendship perspective. What did they talk about on a daily basis? What she discovered was that they talked about their careers, their health, clothing, and things going on in the city around them. They didn’t talk about babies and raising children so much because that was something they didn’t have in common. From these discussions Amy narrowed her focus for CincyChic.com. 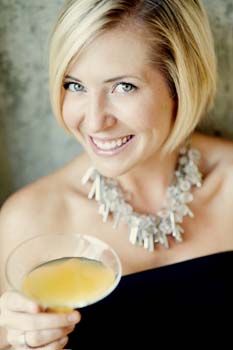 Today, CincyChic.com is a female focused online publication that provides advice to women on fashion, beauty, health, career and social matters. From the latest fashion and beauty blogs, to advice on healthy nutrition, to worthy charitable activities and events, to reviews of the latest movies, CincyChic has it all for the Cincinnati woman whether she might be age 20 or age 60. “I call them the ‘posh professional’, because she cares about what she wears, but she works for what she has.” It is staffed by a number of part time writers who live very successful entrepreneurial lives in their own rights. “We were profitable after 6 months”, stated Amy. Anyone who’s started a company from scratch knows that this is an amazing statistic, especially in the latest economy, and a testament to the business model she developed. Launched in January 2007, CincyChic.com currently has 22,000+ opt-in subscribers, which is roughly 15% of Cincinnati’s population.

“The way we’ve developed the logo and colors, the city name can be removed and replaced with a new city, and the Chic logo stays the same!” Owned by Amy under her umbrella company called My Dime Publications, LLC, the future for the Chic brand looks bright. Her first expansion market will be Columbus, Ohio. “It’s the top test market in the nation because it has the perfect demographic for a lot of companies.” Amy’s goal is to find another person in each market that can franchise Chic in their city and develop it like she has developed Cincinnati and CincyChic.com.

With a proven business plan and a record of success and profits, finding the right woman to franchise the Chic brand shouldn’t be too difficult. “We’ve done all of the focus groups. We have all of the logos, colors, website format, and a proven business model that works and is profitable,” stated Amy. My Dime Publications, and Amy, will control all the editorial functions and the online presence for the new franchises to ensure that what they do fits with her vision for the Chic brand.

After all, it’s her dime.

Amy Scalia lives in Fort Thomas, KY with her husband Pete Scalia, current morning news anchor for WKEF-TV (ABC 22) and WRGT-TV (FOX 45), and former reporter for WLWT Channel 5 in Cincinnati, as well as the current editor of Cincinnatiprofile.com.  She can be reached at ascalia@cincychic.com. 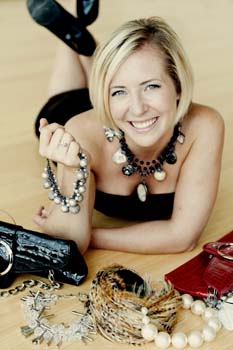