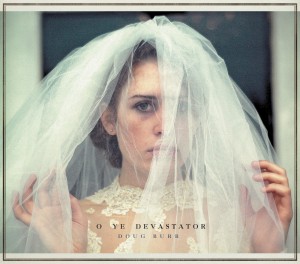 Doug Burr conjures an earnest and heartfelt sound that falls somewhere into a folk swirled world, a bit of roots rock, Americana with a deep soul, and a shimmer of alt-country. He has recently toured with Son Volt and has had his songs featured in the popular television shows The Secret Life of an American Teenager and Gossip Girls. In his newest endeavor O Ye Devastator he takes us on a bittersweet journey of love lost, but there still seems to be a slight underlying glimmer of hope… Somewhere, I think. He has a dusky and sweet voice somewhat similar to Ben Knox Miller of The Low Anthem and carries that same captivating quality that Ray Lamontagne has when he sings. It’s that power that makes you get lost in the music as if watching a spell-binding story unfold. O Ye Devastator is the follow-up to 2007’s much admired, On Promenade. The talented musicians in his band that are featured on this album are Roberto Sanchez on drums, Todd Pertll on pedal steel and banjo, Glenn Farris on keys, banjo, and guitar, and Britton Beisenherz on bass and guitar. 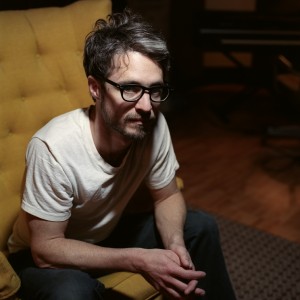 As we begin our journey into O Ye Devastator the dark clouds roll in and the orchestral sounds of strings ease us into “A Black Wave is Comin.” Burr sings in a soft whisper “So where’d you go my lover and where’d you go my friend?” The album may have an underlying theme of somewhat broken and sad lyrics but Burr’s voice lifts it up helping us to find the beauty in that sadness. The following track “Chief of Police in Chicago,” offers a storyteller’s view of what being a police officer means and seems to be an apologetic song for when they have to give bad news to people. The album flows like a soft, dark wave in a natural ebb and flow of emotion and story. “Red Red” has a light banjo intro that picks up as the song goes on. Burr sings “Once there was a ghost living deep within my heart, came out with ideas and me in the dark.” He really is impressive in his picturesque use of lyrics. One of my favorite tracks on the album is “Do You Hear Wedding Bells?” The song has low and slow guitars with elegant keys and strings meandering through this lullaby-like ballad. One of the lyrics in the song goes “Do you hear wedding bells? Reckless and drunk in the air, like maybe they don’t know what kind of streets they’re stumbling down, or they just don’t care.” It made me wonder if he’s talking about the way people rush into getting married and maybe they’re not with the right person but they just don’t want to be alone, so they just don’t care. There’s also an instrumental track on the album called “All Our Lives,” for some reason this reminded me of a part from the movie I’m Not There, during the funeral scene where Jim James & Calexico play “Goin’ to Acapulco.” I’m not saying it necessarily sounded like that song but it had the same underlying heartache in the music that that scene had.

Burr puts together haunting and powerful constructions of music; this album was quiet impressive and there’s not one song on the album that I did not enjoy.