Emily Jane White does not play shiny, happy music. Let’s just get that out of the way before we begin. She sounds like the spooky side of Cat Power, yet she’s not as sad or naive as Jessica Lea Mayfield; maybe more cautious, aware and wise. In Seattle on a Monday night with Henry Nagle (guitar/pedal steel), White promoted her latest album Victorian America. Seattle fans were a little dreary and moody as well. June in Seattle is usually 70 and sunny, with no humidity. Summer is breaking late for some reason this year in Seattle, and basically, the whole town was pissed off because it was chilly, damp and dreary outside.

So shiny, happy people might have cheered the crowd up a little, but they certainly couldn’t have connected with the audience. 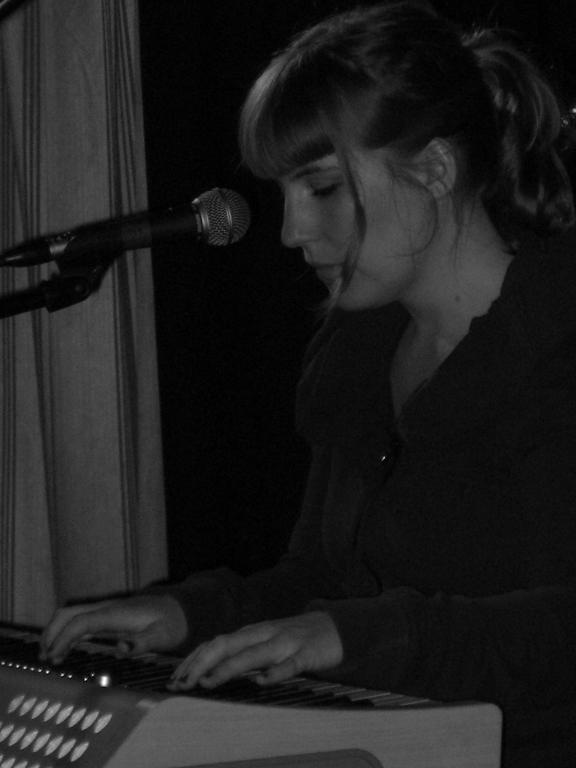 The tales that White sings about make her sound like a narrator for a story about a Civil War wife whose husband might be away in combat. Worry. Anger. Betrayal. Fear. Strength. Hope. Revenge. Lust. Loss. You can almost see the white bonnet on her head. Or maybe in another sense, you can picture White writing these lyrics on a late October afternoon, with her window cracked open and a single candle burning in the window sill, trying not to be blown out by the wind, as she writes words onto that crisp, white sheet of paper in front of her.

“It’s like I walked into a dagger, took a step back. You turned around and didn’t look back,” she sang during the song “Dagger.” During these chorus breaks, Nagle really punctuated her emotions with his guitar, in kind of a Jonny Greenwood (Radiohead) way. 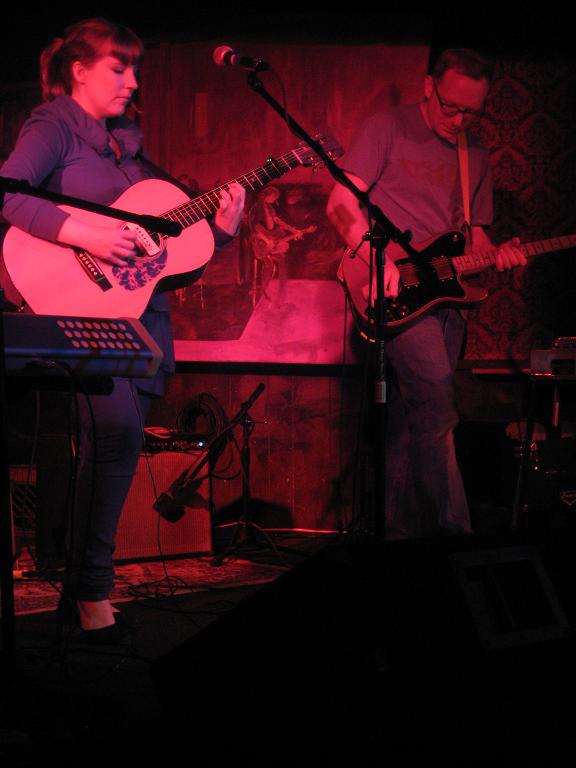 White has a really sweet and gentle voice, and it might even be considered gothic at times. At one point she was only about ten feet away and singing in nearly a whisper state, still making it hard to understand her lyrics. Playing with Nagle fits, and although another musician might add another needed layer of fill, it’s when she did her solo ballads at the keyboard that White really got intimate, connected with the crowd and got them to quiet down. All of them. Well, all except the annoying drunk blond chick in the front row that the whole bar was glad to see leave early. When this happened, White joked to the crowd that she plugged her album at the right time because the drunk chick bought it once White mentioned it. And on a side note, she was actually selling her album in the form of tape cassette (as well as cd and vinyl) for five dollars. TAPE CASSETTE! With the black back of the case cover and everything! 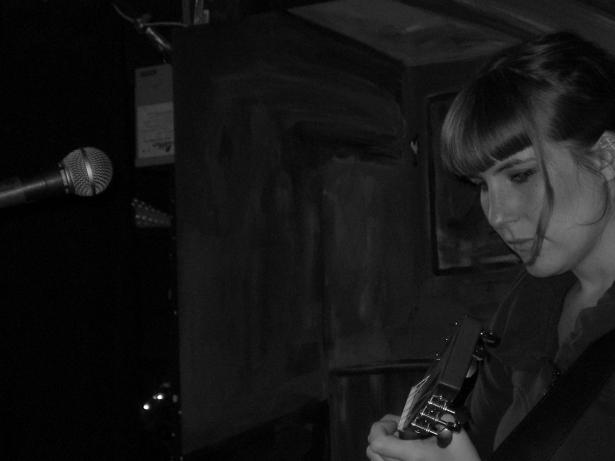 Victorian America has a tad more of a “twang” to it than what Dark Undercoat had, but Emily Jane White’s basic formulas are all still there. Even though most of the songs are slower in nature, she and Nagle still build the tempo on some riffs with the excitement of the stories told, yet they at times descend just as quickly. All of the new songs from Victorian America sounded really good, but the duo were put to the challenge when someone in the crowd requested “Two Shots to the Head.” White said as she looked at Nagle with a puzzled expression, “Oh gosh, we haven’t done that in a really long time.” But after a brief chat, they pulled it off with Nagle driving home some distortion that was flirting with feedback.

Eventually the night ended, and Seattle people returned to the cool and bitter evening…with the right songs to think about fresh in their minds.