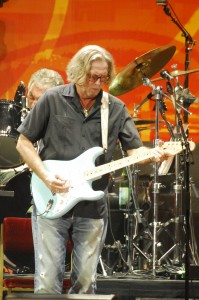 Eric Clapton will be hitting the road once again in the United States starting in May of 2013.  The legendary guitarist will be playing arenas around the country with 17 shows currently announced.  The Crossroads Festival will take place at Madison Square Garden.  This festival has become known as a gathering place for some of the most renowned guitarists all around the world.  Past festivals have included the likes of the Allman Brother Band, B.B. King, John Mayer, Brad Paisley, Jeff Beck and many more.

Most shows are scheduled to go on sale to the public on November 30th. However, presales will be available before the public onsales occur.  These shows will provide a chance to see one of the living legends of rock and roll.  Check out the list below to find all the currently scheduled dates on the 2013 Eric Clapton Tour: