EXCLUSIVE: AN INTERVIEW WITH LORETA

Recently we sat down with pop singer Loreta, a woman who’s been in the music business since the age of four after winning a contest of the Soviet Union’s favorite television program. Since then Loreta has travelled the world and utilized her influences with her classical trained music skills. Now in 2010 she is ready to take on her biggest goal yet: America, the place which has always been the target for her. We were very lucky to secure this interview to learn more about her. 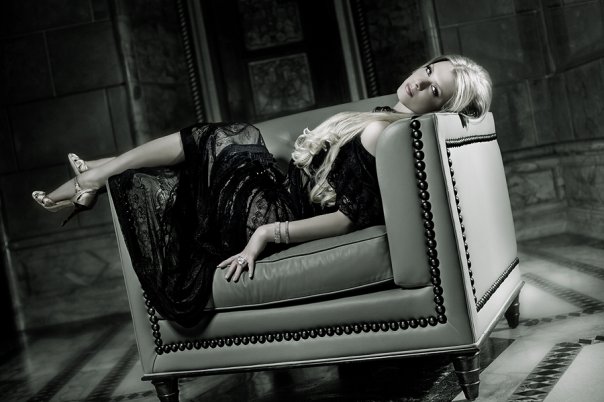 Randomville: Reading up on you I learned of how at a very young age you were thrust into stardom; what was experiencing the traveling and demand for your music like?

Loreta: It was, well because I grew up around it, it was normal for me. Honestly it wasn’t super exciting or strange to me because my parents were always artists, so being around that life was normal and a natural transition for me to become an artist as well.

Randomville: Did living around music at a young age inspire you by seeing how important music is in people’s lives? What have you seen in your life to see that music literally runs the world?

Loreta: Since a very young age I have noticed the effect that music has on people. When I was little I would perform with my parents and I’d see people’s reaction to certain songs/lyrics and how some songs make people cry, smile, or give them chills. Music is such an inspiring thing and now that I’m an adult I only want to write songs that make people feel something and relate to the lyrics as well.

Music definitely runs the world. It’s played everywhere we go and we surround ourselves with music purposely. It can put us in a great mood and help us get through painful situations. Music also offers us the opportunity to disconnect from our daily routines. I believe music makes our lives more joyous and for me more inspiring.

Randomville: What are some of the classical forms of music you are trained in?

Loreta: I started learning piano when I was five. Although I am classically trained, I also have been trained in jazz and modern piano. The musicians that inspired me are Michael Jackson, Tina Turner, George Michael, Stevie Wonder, Whitney Houston, and Ella Fitzgerald.

Randomville: How do people view music where you’re originally from? Did this at all effect or inspire how you yourself viewed music?

Loreta: I actually lived in Lithuania and only have traveled in Russia a lot, but Lithuania has its own artists and everything so to be honest I was really more into American pop and R&B when growing up. So Lithuania didn’t really influence me musically; people in Lithuania mostly listen to Lithuanian pop music and music from England, Germany, and America, so overall it’s about liking good music.

Randomville: What is the process you go through to write a song?

Loreta: I choose to only write songs when I’m truly inspired and never when asked to. Once I feel I have a melody, or ideas such as lyrics, I go straight to the piano and write a song. Music and lyrics start flowing and everything I write is about how I’m feeling at the moment, so every song is very real to me and something I have experienced, whether it’d be something that hurt me or inspired me.

Randomville: Is there anyone in the world you’d say is a constant support throughout your career?

Loreta: My parents have been my biggest support. They believed in me since day one and that was how I even became influenced by all these American artists because my mom would always play only American pop/R&B music because she wanted me to believe I could do more than [live in] a small country and go out into the world. My dad was a massive influence to me, and also Michael Jackson because of the example he set of what an artist should achieve.

Randomville: When growing up did you feel as though you ever aspired to be your parents?

Loreta: I wanted to do beyond that. I have immense respect for my parents as artists and musicians but I always felt that I could do more even when I was little. Being influenced by American music makes the world seem bigger since it feels so global and more than anything around you. I always felt like I wanted to do more than what my parents did. Ever since I was four years old I told myself I was going to be living in the United States making music and being a global artist! Hahaha.

Randomville: What were some of your first experiences here in the states when it came to playing music and seeing firsthand how massive the U.S. is?

Loreta: Well the first time I came here was in 1999 and I did a small radio tour. That’s when I had a single out which was on the Friends TV show. I got to tour a little bit and what I noticed is if you connect with the audience they’ll love you, embrace you, and become a loyal fan. If you don’t connect with the audience it’s just not going to be a career for you. It’s all about connection. When people listen to music they want to listen to your songs and feel as though they’re not the only ones going through what they’re going through.

Randomville: Would you say the way the music scene has changed since the 90s has been mostly positive or negative?

Lortea: I think the music business has changed in both ways. The positive being you can do a lot of social networking and get really close with your fans and constantly communicate with them. The negative chance though is that there are some artists that…well years ago there were a lot of amazing artists like the ones I named but nowadays with auto tune…anyone can be an artist if you know what I mean. I think we’re ready for a big change where we can again have musicians who have the passion and talent to perform and create rather than the lust for fame and fortune.

Randomville: Would you say there are any artists today that have that passion you crave? Anyone modern who reminds you of why you do what you do?

Randomville: What can people who aren’t familiar with your music expect from listening to you for the first time?

Loreta: There’s a little bit of everything in there due to my influences but mostly there’s a lot of passion and love in what I write and sing, and remember all my songs are reflections of things I have went through so my album is about my true life and like I said I love music and this is true music. It is what it is, there is no auto tune or corrections, if I hit a high note and it’s not perfect it’s still mine and to me it shows authenticity and character in my songs. 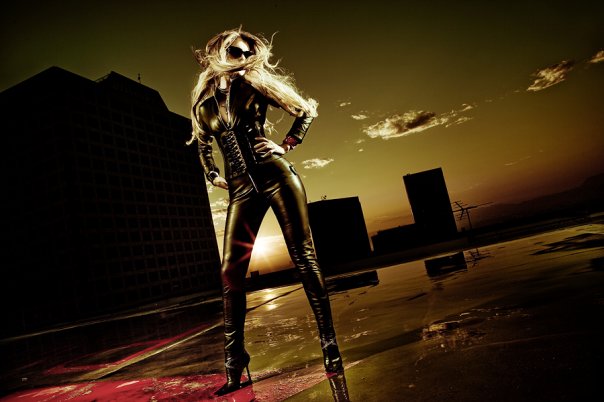