Fantasia Fest is a celebration of fantasy, horror, and Asian cinema now in its 13th year in Montreal. But since it’s brand new to me, I’m throwing myself into as many movies as possible. The festival runs from July 9th to the 29th.

What will follow periodically here are mini reviews and impressions on the films I’ve seen. A diary if you will. Overall impressions, nothing in-depth. It’s more like, how many films can I see in two weeks without going insane. I would highly recommend checking out the link below for more information about the festival and the films. 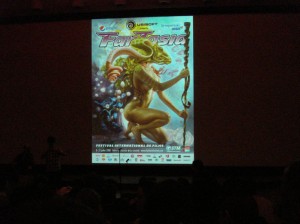 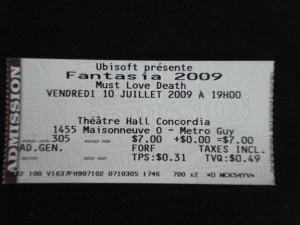 Film One: Must Love Death. Directed by Andreas Schaap.

A German gore-fest dark comedy torture film, directed by first-timer Andreas Schaap. The film is set in New York. A man goes to a remote cabin to meet three other people in what he thinks will be a suicide pact by strangers. The pact goes horribly, horribly wrong. Easily the sickest movie I have ever seen. In fact the only thing sicker than the torture and mutilation (both animal and human) were the audience reactions (applause and cheering). It will be a long time before I forget some of the images I’ve seen here. Honestly, not one redeeming quality to it. Here’s hoping the rest will be better. 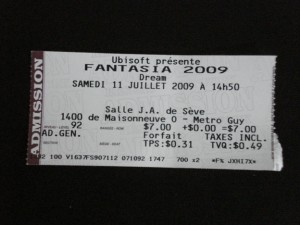 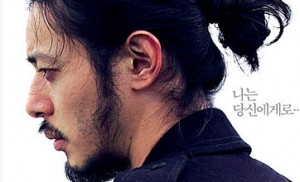 Interesting premise from noted South Korean director. A man cannot get over his ex-girl friend. A woman on the other hand, wants nothing to do with her ex-boyfriend. But whenever the man falls asleep and dreams of his ex-girlfriend, the woman sleepwalks to her ex-boyfriend’s place to act out the man’s dream. Alternately touching, artistic and sick (what is it with the mutilation in this festival?) the film is at least ten steps up from last night’s film. 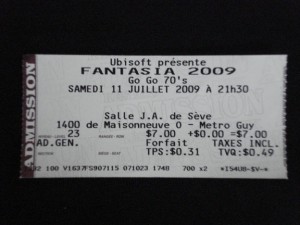 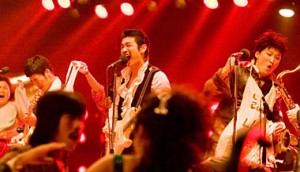 A South Korean rise and fall of a soul band during the dawn of an oppressive regime. This movie tells the story of The Devils, and how they went from being nobodies to one of the top bands on the Seoul club circuit in the mid 70s. Touching and funny and tragic. No mutilation this time out though, only torture by the military police. Which is close enough. But not quite close enough. I am somehow saddened by this. 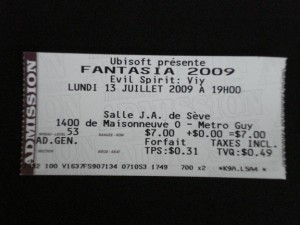 This movie reinterprets a short story by Russian Author Nokolai Gogol three different ways. It explores fear within the context of a woman who may or may not be a witch. The first interpretation makes the characters into a controlling director and an actress. The second a more traditional play setting, and the third imagines the story through puppetry. I am missing a lot of the context having not read the story but it was captivating none-the-less. No mutilation though. 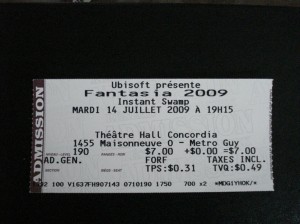 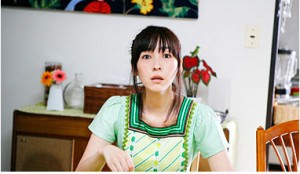 This was the North American premiere of Instant Swamp and so far the film with the greatest chance of breakaway success beyond the Film Festival circuit. Equal parts Amelie and The Life Aquatic, it is a sort of love story with fantasy and also not. Quirky is the word. I hesitate to explain the plot lest I give anything away. Suffice it to say it’s the story of a cynical woman who learns a beautiful lesson from fate when she learns who her real father is. The unexpected ending is worth every minute. Lead actress Kumiko Aso is sweet and funny, with a great grasp of physical comedy. But the rest of the cast is stellar, too. And even though no one was mutilated during this movie, I cannot say enough good things about this movie.