And so a few weeks later, Fantasia Fest comes to a close (check out Part 1 of our coverage here). Here is a round up of the final five films I managed to see. There would have been more but I had to miss a few due to other commitments. In all honesty though, I think I am suffering from movie fatigue. Iâ€™ve never been much on festivals and while this sounded great on paper, Iâ€™m surprised at how much of an obligation it became. Still, there were more winners than losers, and it was neat to see films like this regardless of what I thought of them in a proper movie setting, rather then at home on TV or a laptop. 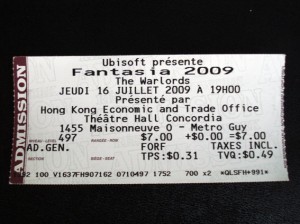 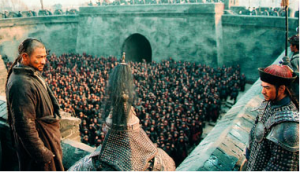 This Hong Kong period piece was originally released in 2007 and starred Jet Li as a man who rises to power in 1870 during the Qing Dynasty. Familiar themes of loyalty and patriotism vs. selfishness and betrayal abound. There are lots of well-shot action scenes, sweeping aerial panorama and meaningful glances between Li and his star-crossed love interest, played by Xu Jinglei. While the details and cinematography are breathtaking, I canâ€™t help but feel like Iâ€™ve seen a variation of this kind of film for as long as I can remember. 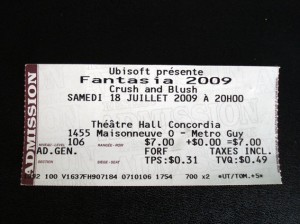 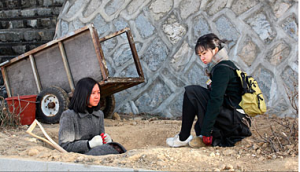 Quirky Korean comedy by first time director Lee Kyoung-mi, stars Kong Hyo-jin as a nerdy, crazy teacher with an unhealthy obsession for a married coworker. It was produced by Park Chan-wook of OLDBOY fame, so that should give you a clue itâ€™s not a â€˜traditionalâ€™ comedy. But even then it kind of is. Watching the coming-of-age tale unfold with a failed romance between co-workers and an unlikely friendship that develops between student and teacher, reminded me a bit of Rushmore, but with a Korean eye applied. Iâ€™m sure there were lots of cultural nuances I wasnâ€™t getting, but either way it was an enjoyable and kooky film. 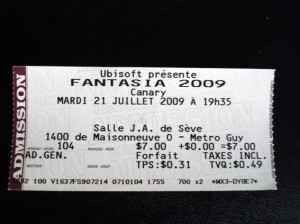 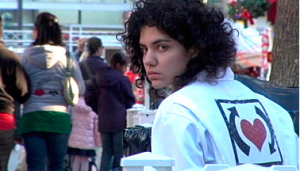 Wow. Just, wow. This is the first film at Fantasia Fest I saw where those who didnâ€™t actively leave halfway through, walked out during the end credits with anger in their eyes. Unbelievably this is the second film by Alejandro Adams. I can only imagine how his debut was. Canary started so nicely, too. A big corporation is secretly harvesting organs and replacing them with what looks like, um, blue Jell-O. While a woman who harvests the organs in an igloo cooler no less, sneaks around like she’s on methadone. Iâ€™m not spoiling anything by saying the final fifteen minutes are of the Methadone woman and a little girl playing with blue Jell-O, am I? There was also something about a TV crew wanting to break the story. Or something. All I know is, you could spendÂ ninety-three minutes making Jell-O and have a better experience. 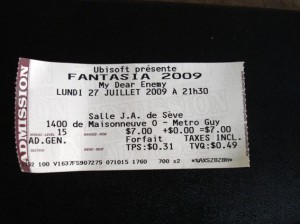 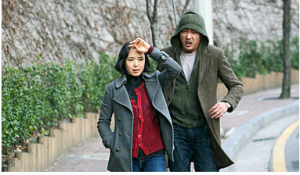 My Dear Enemy is a South Korean film about two opposites who attract. It is kind of romantic. There is comedy. But it is not a Rom-Com, and you wonâ€™t feel like you need to brush your teeth after you see it. Uptight and perpetually sad Hee-su (played by the quietly lovely Jeon Do-yeon) storms back into fun-loving, easy going Byung-woon â€˜s life to make him pay back the $3,500 he owes her. Both Do-Yeon, and Jung-woo (who reminds me of a Korean version of John Cusack) are perfectly cast in what is essentially a constantly moving film. Whether itâ€™s in car, subway, bus, on foot or with the never-stopping camera work, weâ€™re rarely staying still as we watch the two slowly reveal the many layers of their character. Expertly shot by Lee-Yoon-ki. It almost beats Instant Swamp as my favorite film but not quite. Try and see this version as intended before America remakes it into something stupid. 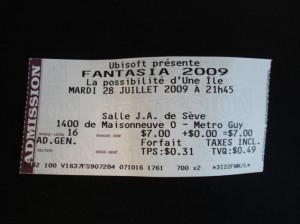 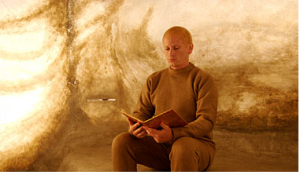 And so Fantasia ends (for me, at least) not with a bang, but a whimper with yet another science fiction cloning story. This French film begins promisingly enough with a travelling cult leader and his son, trying to gain converts across France. They believe that the key to immortality is cloning. The cult leaderâ€™s son, meanwhile, leaves the cult for a few years only to find three years later, the following has grown to 80,000. Then the second half begins as the son is now living underground and reading from something that reminds me of an iPod touch, before he decides to walk around the Earth for a half hour. Or something. One film goer summed it up best as the credits rolled. â€œUhâ€¦what?â€