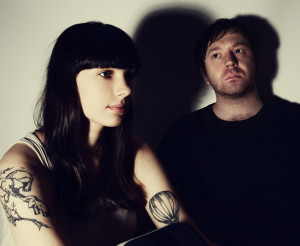 The band has been honing its sound since its formation in 2010, and has solidified its lineup with the recent addition of bassist Danielle DePalma and drummer Geoff Lewit. Their first release on Small Plates Records finds the group realizing its musical vision, incorporating rich synthesizers and feedback to give an edge to its soaring arrangements and pop sensibilities.

Brooklyn’s Field Mouse are recording their first full length album this winter. During the process, they will be self-releasing a few songs. The first, Tomorrow is Yesterday, is an energetic take on melodic early-90s indie rock, with singer-guitarist Rachel Browne’s sweet, wistful vocals over a surge of feedback mixed with dreamy pop.