Each month, Randomville profiles an artist that Flipswitch PR provides us. This month, we’re taking a look at Pablo Sanchez. 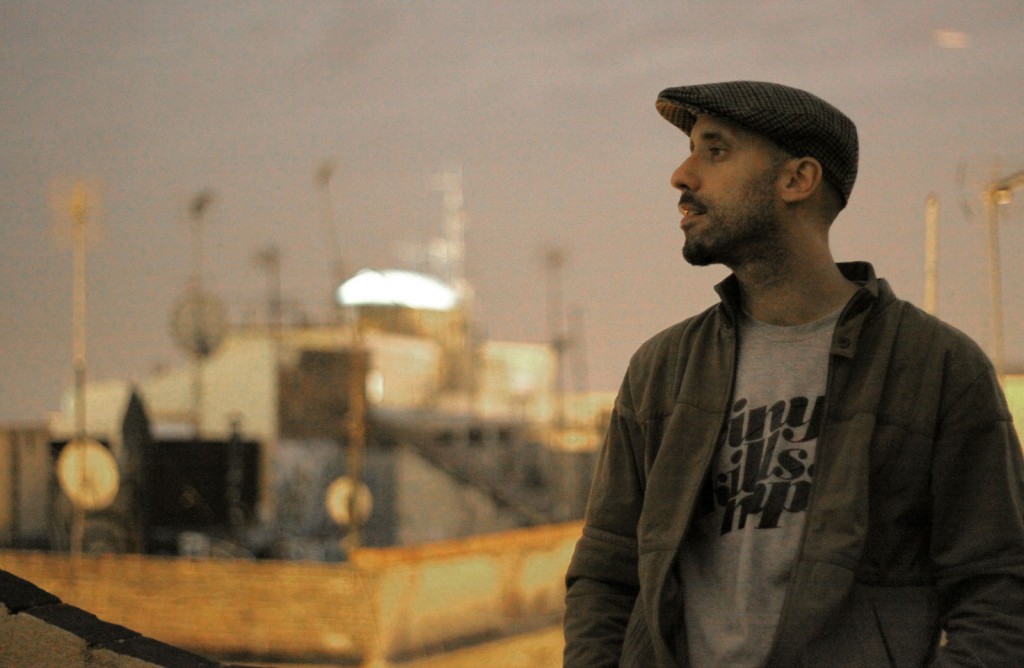 Listening to Pablo Sanchez’s two new EPs (Release Da Freak, Sunstar) is a lot like playing first-person shooter video games. You know it’s important to stay with your team, but sometimes you just really want to run and shoot the heads off all those zombies by yourself. And then you want to stand there, in rapture, reflecting on your gloriously savage achievement before you call it a day. Maybe the video game analogies are best left for thrash metal, but the point remains: I want Pablo Sanchez to have that moment.

There’s something really good going on here – Sanchez’s instrumentation is thick and textured, his beats always uplifting, his rhythms trippy, and his mix of world music funky. Sanchez is a man of vocal collaboration, but the thing is, his beats don’t need it. He draws heavily from hip-hop, afrobeat, deep house, funk, broken beat, and dubstep, and combines these sounds with the vocals of Swedish singer Kissey Asplund and UK vocalist Colonel Red. Sanchez’s work sounds like a hybrid of electronic, jazz and funk – a bit moody, and at times soulful. In the remixes on these EPs, he’s digging basslines out of layers of crisp funky claps and more drums than I can count. All of these collaborations groove, but it would be interesting to see what Sanchez does on his own; to see how he spins in clubs, unleashing and oscillating between electronic and horn jams, punctuating his tracks with a barrage of world sounds, all in rhythmic balance.

The Venezuelan DJ/producer’s music career started in 1998 when he moved to New York to study film production at the School of Visual Arts. He intended to stay in NYC for eight months before returning to Caracas, but he couldn’t leave. He started working at Satellite Records, the go-to record store where DJs amassed their techno and house collections. Since Sanchez was one of Satellite’s only Spanish-speaking employees, after he moved to Spain it was the Spanish DJs who used to frequent the store that offered him his first gigs. But before he left New York, he created the Soul Dynamics project with techno artist Alexi Delano, working with an array of musicians in producing live performances and studio productions, including Los Amigos Invisibles. Currently, Sanchez is living in Spain, DJing throughout Europe, and surfing in Basque Country, France, Indonesia, and Costa Rica.

Randomville: What’s the connection between surfing and music for you?

Pablo Sanchez: It might sound like a cliché, but I always imagined this connection between art and surfing. I see waves as raw canvas for you to carve in and draw lines on, and the beauty of it is that you will never ride two waves that are exactly the same. It doesn’t matter if you are surfing on the most perfect point break with almost no wind, waves will always be slightly different from each other and will allow you to try something new on them and make a choice between so many different ways of expression.

Randomville: How did traveling affect your music?

Pablo Sanchez: I lived in Puerto Rico for six months when I was 19 and even though I grew up in Venezuela, that’s where I really started paying attention to the rhythm, and the drums and horns in Latin music. Last year I went to Indonesia and got some CDs of traditional Balinese music that have the craziest drum patterns. Traveling and learning about other music cultures definitely enriches the process, but, still, of all places, New York has been the strongest influence music-wise to me, by far.

Randomville: Which collaboration has been the most rewarding?

Pablo Sanchez: They’re all rewarding because there’s always an element of surprise involved. I write some ideas and then there’s the expectation to hear how another musician will interpret this and what would be his/her input to the original idea. Usually you get blown away by this because, most of the time, what comes back is something unexpected, mostly in a positive way, but either way there’s always something to learn from it. This is how the creative feedback process starts.

Randomville: You tend to collaborate when you need vocals. Will we ever hear you use your own vocals for a track?

Pablo Sanchez: I actually did a vocal collaboration for my friend Cassidy in New York, but it was spoken word in Spanish for one of his tunes, no key changes or anything…pretty monotone. Other than that, just some beat boxing for some rhythm parts, nothing melodic. You wouldn’t want to hear me sing…really it is definitely better to spare the rest of the world of this!

Randomville: What have your DJ residencies in Spain been like?

Pablo Sanchez: I’ve had a couple, since I’ve been here for six years. The current one is at Marula in Barcelona every Friday night, and it’s really fun. It’s one of the very few places in Barcelona that focuses on black music, so we get a crowd that’s craving for this sound and it’s very supportive. It holds around 300 people, which to me is about the perfect size.

Randomville: What are your favorites samples to use when you DJ?

Randomville: How does the music scene differ in Europe and the States?

Pablo Sanchez: At both ends you can find yourself listening to awful music if you end up in the wrong club. Since we are a somewhat marginal segment of people paying attention to underground music, it’s pretty much a matter of knowing where to go in cities, where the good clubs are, or the ones that really focus on music rather than just cashing in. There’s definitely good music to be found all around.

Randomville: What current artists are you most excited about?

Pablo Sanchez: There are so many. I’m feeling Floating Points and Joy Orbison on one side, then some of the disco edits and mid-tempo music that are coming from the UK, Scandinavia and New York (6th Borough Project, Trus’me, The Revenge, Greg Wilson etc.). And then Henrik Schwarz, the Nujazz / broken beat that comes from London, hip hop from LA and New York, the music of Moodyman, Theo Parrish and Detroit in general, the new Erykah Badu album, Q Tip…the list goes on and on.

Randomville: What’s in store on your new releases?

Pablo Sanchez: There are two new EPs on Wonderwheel Recordings that were just released simultaneously. The first includes three tracks with Colonel Red on vocals and two remixes from Simbad and Recloose. For this one, Colonel Red and I got together in Madrid to record his vocals in a proper studio where a good friend of mine works. After that, I took the tracks home to Barcelona and worked on them for quite a while before sending them out to some labels for consideration. The second one is a broken beat version of a track I did before with Swedish singer Kissey Asplund called “Sunstar.” I got together with Ruben “Watch TV” Garcia from Madrid to do this version. Then I recorded some horns at my home studio and sent it to Nickodemus for his label.