UPDATE: CONGRATULATIONS TO RYAN NEARY OF SEATTLE, WA FOR WINNING THE POSTER!!

We just found out we will be covering the Sasquatch Music Festival again this year. One of the performers we can’t wait to see is young blues guitarist Gary Clark Jr. Don’t know who he is yet? Take it from us: This kid will be world-famous soon, so hold onto anything memorabilia you can get of this guy.

We can help you with that too! We’re giving away a free, signed poster of Gary Clark Jr.! You have until Friday, May 18th at 11:59pm EST to enter. Either leave the comment “Gary Poster” to this story, or send us an email at contests@randomville.com with the words “Gary Poster” in the subject line. You can only enter once, and PLEASE BE NEAR A COMPUTER within a few days after the contest ends. If you do not reply to the email that you won within two days, we will choose a new winner.

Check out this video:

Rarely does an artist explode onto the music scene with the force and impact of a comet. But when it does happen — as it did when 26-year-old singer-guitarist Gary Clark Jr. delivered an incendiary debut performance of his song “Bright Lights” at Eric Clapton’s 2010 Crossroads Guitar Festival last June — the result is magical. Funky, hip, and badass, Gary Clark Jr. is a rocking soul man for a new generation.

Weaned on John Lee Hooker, Lightnin Hopkins, and T-Bone Walker, Clark fuses his deep blues influence with a love of classic hip-hop and contemporary soul. His voice weaves between a melodic lilt and a seasoned blues howl with his guitar licks dancing and dodging between and behind the beat as if the essence of Snoop and Dre loom in his head by way of the Mississippi Delta. The virtuosity Clark displays, and the tone he rings from his cherry-red Epiphone Casino guitar, put most modern rock shredders to shame.

Born and raised in Austin, TX, Clark began playing guitar at age 12. He performed small gigs throughout his early teens before popping up on the radar of legendary promoter Clifford Antone, owner of Austin blues club Antone’s. Through Clifford’s connections, Clark was soon sitting in with and learning from an array of musical icons, including Jimmie Vaughan. Vaughan, and others in the Austin music community, mentored Clark along his path, facilitating his steady rise on the Texas music scene. His peers have showered him with acclaim for his galvanizing live performances. In 2001, Austin’s mayor, Kirk Watson, declared May 3rd to be “Gary Clark Jr. Day.” Clark was 17 years old.

Clark went on to win the Austin Music Award for Best Blues and Electric Guitarist on three separate occasions, in addition to receiving awards from various blues magazines and associations around the country. After playing the nationally televised show Austin City Limits and touring with such artists as Jimmie Vaughan, Pinetop Perkins, and Doyle Bramhall II, Clark released two self-produced albums, and composed the original score for the film Full Count. Clark’s creative versatility and love for not just blues, but also soul, hip-hop, classic rock, and jam bands, has allowed him to transcend his own musical talents. He starred alongside Danny Glover and Stacy Keach in John Sayles’ 2007 film Honeydripper. 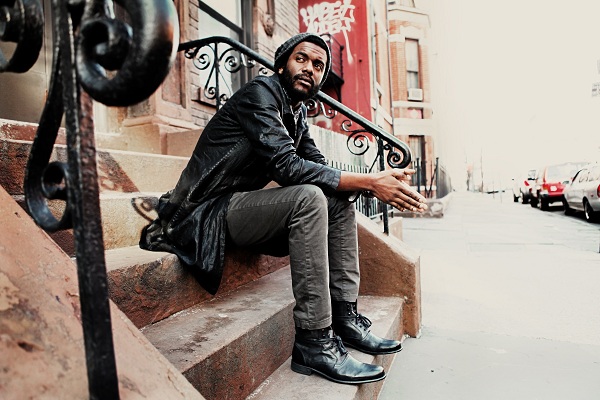 In 2010, Clark was the only young newcomer to be selected by Eric Clapton to perform at the Crossroads Guitar Festival, where he performed with Doyle Bramhall II and Sheryl Crow. A DVD of the show, released last November, led to Clark’s signing with Warner Bros. Records for whom he is currently working on his major-label debut album. Clark’s singular talent has also attracted a bevy of artist support, including accolades from Sheryl Crow, Citizen Cope, Damian Marley, Ron Wood, and Questlove. As the latter recently Tweeted after witnessing a December performance at New York’s Brooklyn Bowl: “I don’t think y’all understand the greatness that is in front of you. Gary Clark Jr. is kickin’ ass and takin’ names.”