By ACooley On June 23, 2009
This year during The Seattle International Film Festival, we caught the film Against the Current and gave it a rating of four out of five. The sophomore effort by director Peter Callahan is the story about a seemingly “average joe” who decides to set a life goal by swimming the length of The Hudson River. However after getting a couple of friends to go along with him on this trip, he eventually reveals that his plan is to then take his life after the voyage is complete.

Of course there is a lot more that happens in the film, and it was good enough to get a decent rating from us.Â But we wanted to dig a little deeper, so the following is an interview with director Peter Callahan. 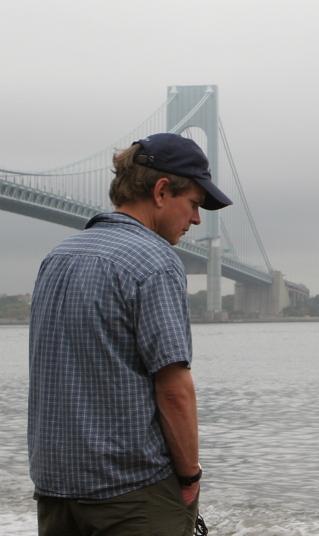 Peter Callahan on the set of Against The Current

Randomville: The characters had a brief run-in with authorities while going down The Hudson River. Were there any similar issues during filming? Any pilots landing planes near you?

Peter Callahan: No planes landed near us, but there were plenty of headaches on the water. Boats, large and small, were always floating into our shots, or the tide pushing us away from where we wanted to be, and so on. Not easy at all.

Â
Rv: Where did the concept of swimming the length of The Hudson as a life goal come about?

PC: I grew up on the [Hudson] river, and I once swam across it, so I think the idea evolved from that.

Â
Rv: The idea of some guy who just hangs out at a bar deciding to swim down The Hudson seemed naive and silly at first. But then adding the part that he later intends to die spins the film into another direction. Was the swimming idea the first and only choice for his final adventure?

PC: Yes, the idea of swimming the river idea was the first and only idea I ever considered. It was there from right from the beginning of the story’s conception. 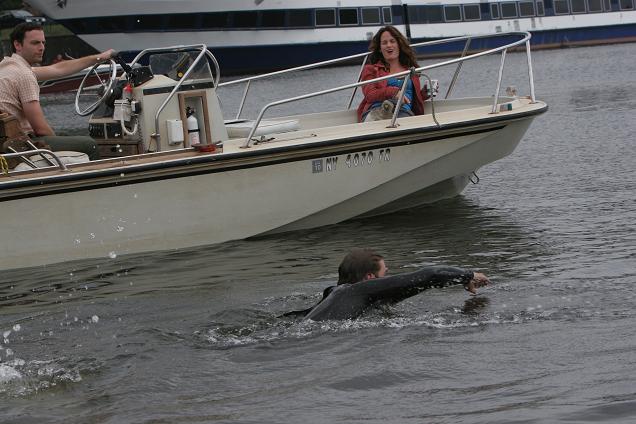 Rv: Did Joseph Fiennes (Shakespear in Love, Elizabeth, etc.) have to take any swimming lessons?

PC: Not really. He took one lesson just to get used to swimming in New York waters in a wet suit, but otherwise he just winged it.

Â
Rv: Did he have to get into shape for the role, or was he never really in the water for great lengths?

PC: Joe was already in very good physical condition. That was helpful, because he had to spend a fair amount of time in the river, and climbing on and off of boats, etc., and there were some very challenging swimming sequences he had to do, particularly in New York harbor where the water can be very rough as it nears the ocean.

Â
Rv: Fiennes is pretty selective in what roles he will play. Why did you choose him and was he difficult to convince?

PC: I thought he possessed the right amount of intelligence and intensity for the part, so that’s what attracted me to him. Fortunately, he really responded to the script, and he seemed to like my first film Last Ball, so then it was really just a question of finding a time that would work with his schedule. 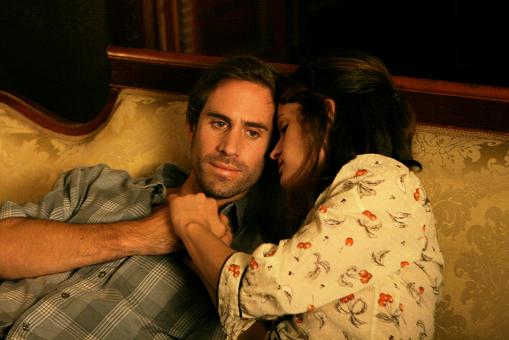 Rv: Justin Kirk (Angels in America) plays a wise-cracking buddy in this film. Did he do a lot of improvising, or did he pretty much just stay with the script?

PC: He improvised one or two lines at most, but mostly stayed on script. We just didn’t have time to do much experimenting or improvising.

Â
Rv: How quickly was the film shot?

PC: Twenty-two days total. Eight days on water. It was an extremely tight schedule for a complex shoot like this, but somehow we made it work.

Rv: Suicide was a hot topic in SIFF films this year. Do you feel it’s sort of the “elephant in the room” and though people think about it, they try not to discuss it?

PC: I think somewhat, yes. Most people avoid talking about serious and emotional issues, and suicide is probably the most difficult of all.

Â
Rv: Well then did you have personal experiences to fill dialogue in the film, or was most of it just created?

PC: It was a combination of personal experiences, thoughts, and imagined conversation.

Â
Rv: Without revealing what happens at the end, did you change the ending a few times, or knew from the beginning how the film would end?

Â All photos courtesy of The Seattle International Film Festival