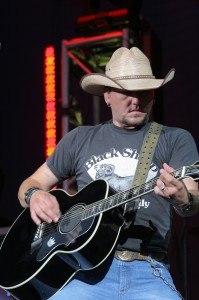 Jason Aldean will make history on 7/13/13 by playing the first ever country concert at the historic Fenway Park.  After the recent release of his 5th album, Aldean is rumored to take his Night Train around the country as part of a new tour.  The first announcement of dates definitely provided the excitement fans were wanting.  More dates are expected for other cities are expected shortly.  You will have the first chance to get tickets for the Fenway show on Novemeber 2nd.  Keep checking back for any additional shows to be announced in the near future.  Make sure you don’t miss any opportunity to get your tickets as soon as all the Jason Aldean shows go on sale!