When I was five, my mom gave me a VHS tape of the Beatlesâ€™ Yellow Submarine. This was a life-changing event. I began to understand that music was an abstract concept, way more than melody. It could be scary, funny, trippy, serious, and brand new, often in the same song. Thatâ€™s when the music switch was flipped inside me.Â 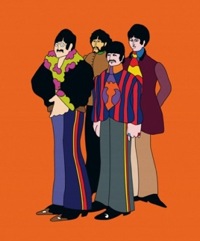 Around the same time, I discovered her 60s record collection. John, Paul, George, and Ringo were illustrations. Simon and Garfunkel were brooding gypsies. Imagine a five or six year old digging on odes to being a rock and an island, smoking pot, dropping LSD and mind-freeing. But always in the background standing quietly like a wallflower, was Joan Baez. When I was older and â€œtoo punk for folk,â€ I used to look at her album covers and imagine she didnâ€™t shave her armpits and smelled like a combination of sweat and incense. I still believe that. Only now I say it with affection. 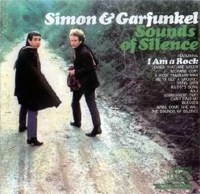 As a token of thanks for turning me into a music junkie, I took my mom (along with my brother) to see Joan Baez the other night. It was my momâ€™s second Joan Baez concert. The first was 45 years ago, with Bob Dylan headlining. I heard that story for years and years. 1964. Dylan and Baez. Baez and Dylan. 1964. But I get it. Because this is how I sound when I tell someone about the first time I saw Guided By Voices, Tom Waits, and Luna. The life-changing concerts. 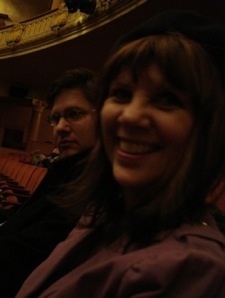 We sat in the theatre, waiting for the concert to begin by making fun of people. How many people are wearing crocs? Or worse, still wearing Birkenstocks? What sucker made a $500.00 pledge to the local PBS station for a tote bag?Â  At one point my mom said she wished we had hot-boxed with some quality grass before we showed up. Iâ€™m not all that sure she was joking. I think she was…uh….

Then we moved on to politics. â€œSheâ€™s gonna mention Obama. How could she not? This is what we had marched for and fought for back then. Obamaâ€™s the culmination of that struggle, and I think itâ€™s still hard to believe we actually won after all this time.â€ 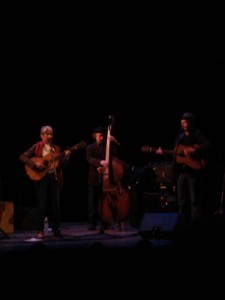 Turned out Joan Baez did mention Obama briefly, but more as an aside than anything else. In between one song she told a story about naked people at Woodstock. And another about a stalker who arrived stoned at her house with a bag of grain, wanting her to accompany him around the world, so they could â€œreplant the universe.â€ It was quite entertaining. 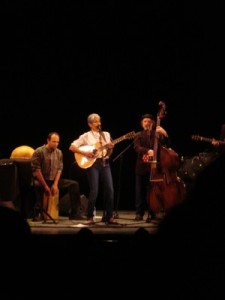 If Iâ€™m saving the music until now it isnâ€™t because it was bad. After fifty years (!) of performing, Joan Baezâ€™s voice is still surprisingly strong. Her backing band (including her son on drums) was stellar. They opened with music off her new album, the Day After Tomorrow, which had a pleasant folk-meets-Amy-Mann vibe to it. She did a heartbreaking cover of Donovanâ€™s â€œCatch the wind,â€ and turned Rod Stewartâ€™s â€œForever Youngâ€ into something unrecognizably awesome, just by removing all the schmaltz. Her set closer was a sing along of John Lennonâ€™s â€œImagine.â€ And while folk will never be my go-to genre of music, I can say that night I was watching a master of the genre, still interpreting songs in her unmistakable way. 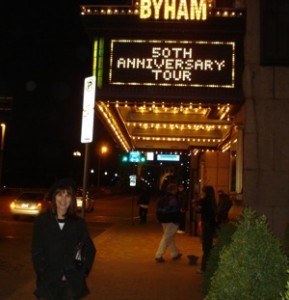 As we left the theatre I asked my mom if Joan Baez was like sheâ€™d remembered all those years ago. Then came the nostalgic gleam and a window into an era I never got to live through. And then with a quiet smile she answered â€œYep. Itâ€™s just like I remembered. We have to do this again soon.â€ 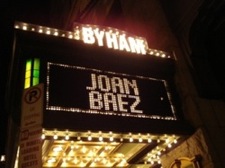