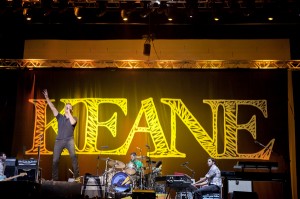 The alternative rock band from East Sussex, Keane, is hitting the road in the Unites States in support of their new album, Strangeland.  The British rockers will be touring across the US during January with 17 shows on the current schedule.  Keane will kick off the tour on 1/8 in Portland, OR.  The last scheduled date will be 1/31 at Radio City Music Hall in New York.  Check out the list below for all the dates in 2013.

Keane first achieved a great deal of notoriety in 2004 with their debut album, Hopes and Fears.  The success continued with the sophomore release, Under the Iron Sea.  Since first breaking onto the scene Keane was developed quite the following from all around the world.  Their unique sound has caught the ear of fans spanning across many musical genres.  Check out this great band live when they come to a city near you.