Editor’s Note: About a year ago we did this story on our favorite concerts from the “aught” years. Well, Lisa is a little late to the table, but here are ten shows she went to that sound amazing. Were you at any of them or the same tour?

I thought I’d take a moment and share my top 10 live shows of all-time.  Some are very specific by date and venue, and some are by artist only. This will change over time, I’m sure.  After looking it over, I left out a few, such as The Rolling Stones’ Voodoo Lounge Tour in 1994.  That was a spectacular show, but it was in Seattle’s Kingdome, and the band was about 1/4 mile away from me.  Didn’t really feel the love.  I saw Bruce Springsteen and the E Street Band in 2008 in Key Arena, and I felt the same way.  The Boss knows how to work a crowd, but we were looking down on him from afar.  The lucky girl who got to strum his guitar, front and center, right against the stage, now she had a show to remember!

10.  Jimmy Buffett – White River Amphitheatre, WA September, 2003 – The man has paradoxically built an empire on the Margaritaville philosophy.  The show was pure fun with hula girls, tiki gods and fire dancers.  The Parrothead audience was a spectacle in itself.  Jimmy brought along a slew of veteran musicians and singers, also known as The Coral Reefer Band.  If you’re lucky enough to go to his show, his lead guitarist for the night might be Will Kimbrough, a talented musician, singer/songwriter and producer who has also collaborated on several songs with Jimmy.  You can forget all your problems for two hours Tuesdays, Thursdays and Saturdays.

9.   The Paperboys – The Vancouver-based Paperboys have been lifting people’s spirits with their high energy shows for 16 years.  The eight-piece band plays in small venues in BC, Seattle and Portland, and captivates the audience with their joyful, upbeat and very eclectic music:  Mexican, Canadian, Celtic, and Reggae soup.  They make quarterly appearances at The Tractor Tavern in Ballard.

8.   Ryan Adams – Paramount Theatre, Seattle, WA January, 2008 – I smiled until my cheeks hurt.  Ryan brought along The Cardinals and tore the place up with songs from his album, Easy Tiger, along with many greats from his prolific song library and a few covers. He’s such a quirky character and a comedian, too–a sad clown.  The rest of the talented band seemed patient and knew when to wait for him to calm down, light his cigarette, have a little chat with the audience, etc.  I loved the train-wrecked Ryan, back when he could write a soul-crushing, alt-country song with his band, Whiskeytown.  Glad he sobered up and married a pop star, because you know after the divorce, the songs will be achingly good again.

7.  Brent Amaker and the Rodeo – Foot-stompin’, belt buckle-wearin’ cowboys in black.  Mr. Amaker, the lead singer, dons a red cape and dark sunglasses, has a stripper assistant and sounds like Johnny Cash–with a potty mouth.  The Rodeo is campy country at its best, and a Seattle treasure.  Catch them at The Crocodile, The Sunset and other small venues throughout the year. 6.  The Gourds – Texas and Louisiana, sex and religion, country and rock, bluegrass and Snoop Dogg all rolled into a mandolin, violin, banjo, and accordion.  Their shows feel like an old-timey revival in the Deep South.  I get more salvation from their shows than I ever did in church.  The band’s motto: “For The Unwashed and The Well-Read. “  They’ve been featured at SXSW, Austin City Limits, and are regulars at The Tractor Tavern in Ballard, WA.  Yes, they’re the ones who covered Snoop’s “Gin and Juice” on mandolin. 5.  Old 97’s – Alt-country/rock, Texas-style.  Almost twenty years of sweat, spit, roaring guitar riffs, and a faithful audience that knows all the words.  There’s even a glossary on their website if you need help understanding the lyrics.  See them LIVE one time, and you’ll want to follow them around the country. 4.  Tom Petty and the Heartbreakers – Tom and the band are American Icons.  Just go see them—anywhere.  The Gorge Amphitheatre in George, WA is a beautiful place to sing along to “Free Fallin’” while the desert sun sets behind the enormous stage.

3.  Todd Snider and the Nervous Wrecks – The Nugget, Sparks, NV February, 2009 – Wrecktacular.  The whole package:  Folk, Americana, Country and Good ol’ Rock ‘n’ Roll, with Will Kimbrough (the man gets around) on screaming, other-worldly guitar solos.  Todd’s solo show is also worth seeing.  He’s a Nashville transplant, originally from Oregon and plays the Northwest once or twice a year.  He can spin a yarn like no other.  Just get him started with stories about Slash or Garth Brooks, and you’ll think you’re at a stand-up comedy show. 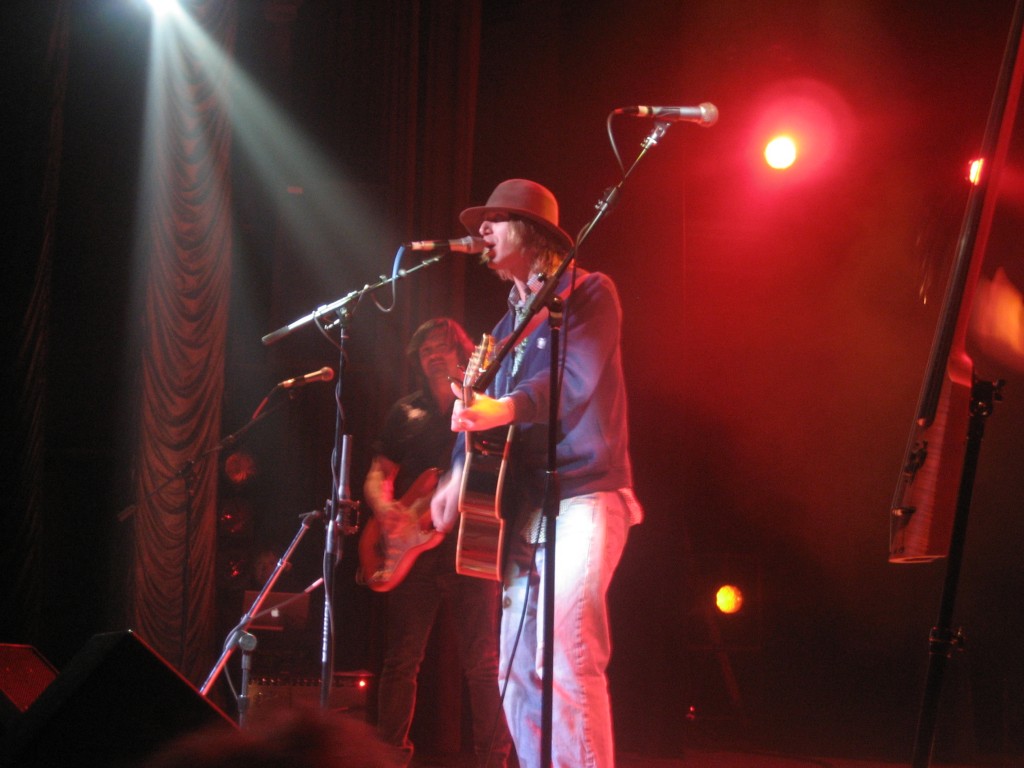 2.  Sir Paul McCartney – Tacoma Dome, WA October, 2002 – Elvis is dead.  There is a new King, and his name is Paul!  Long Live the King!  I was too young to see him when he visited Seattle in the 70’s.  To hear him play not only Wings songs but Beatles tunes with an incredible backing band, priceless.  I pulled my hair, grabbed my face and screamed like it was 1964.

1.  Tom Petty with Mudcrutch – The Troubadour, Los Angeles, CA 2008 – Tom, 10 feet away.  My Musical Messiah–my Jesus of Rock ‘n’ Roll.  He smiled at me (ME!) and I was saved.  I can clearly remember standing there near the stage saying, “I can die now; my life is complete!” Tom reunited his old band (pre-Heartbreakers) and played a few gigs, mostly at The Troubadour, to support their new album.  Tom and the band, which included Mike Campbell on wicked guitar, seemed relaxed and happy.  No big light show, no grandstanding, just a regular band out to enjoy themselves and connect with the audience.  TEN FEET AWAY!