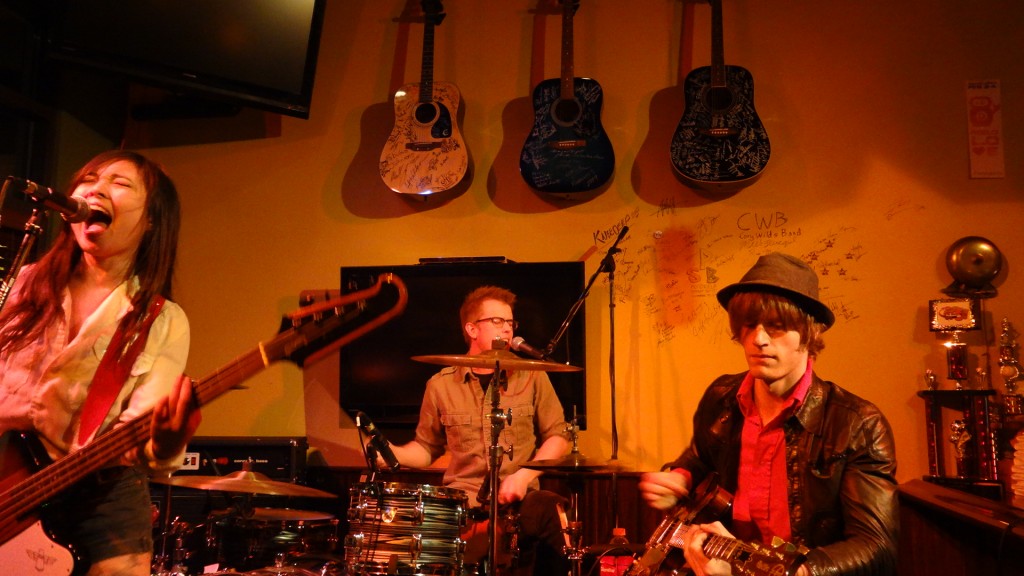 My husband and I made the long haul to Snoqualmie, WA to experience Day Two of Finapalooza IV, a music festival organized by Finaghty’s Irish Pub.  The pub is located in a very sterile block of strip malls atop the relatively new development of Snoqualmie Ridge, about a half hour east of Seattle.  Suburgatory.  We soon realized the pub is very much a neighborhood hangout, and we felt like outsiders.  The locals seemed to know each other by name, and greeted and hugged each other as they moved through the growing crowd.  The bar staff, though, were pleasant and friendly to us, and the food was decent.

Finapalooza showcased local acts over three nights.  This was their fourth year hosting this event, and based on the capacity crowd, it was a success.  Thursday night’s lineup included Petty Thief, a Tom Petty tribute band, and another band called The T-Bagging Bandits.  We passed on that.  Friday looked promising, though, with the all-girl band The Juliettes opening, then a three piece band called Cristina Bautista + Gold Parts.  The headliner was Star Anna and the Laughing Dogs, our favorite local band.  Saturday night included a bigger lineup with Massy Ferguson on the bill. 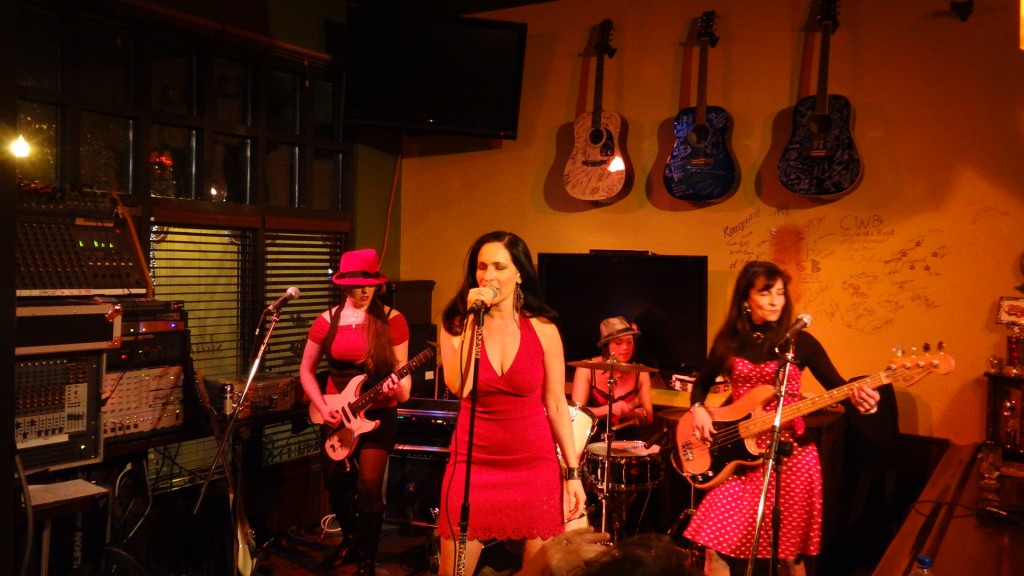 The Juliettes were up first, around 8:30.  There was quite a delay getting the stacked sound equipment to meet their needs on the miniscule stage.  The sound check dragged on as each woman had her mic and instrument adjusted for sound quality.  I wondered at the nature of this band as they set up, all in red, in outfits of lingerie or sexy dresses.  Would they take themselves seriously?  Would the audience? I’d have to say “no” to both questions.

This band seemed, at times, to want to be taken seriously.  Liz Aday, the guitarist, played some grinding solos, including a nod to Jimi Hendrix near the end of the set.  She had more of a rock voice when she did sing alone, and had good harmonies with the lead singer Julie Mains.  Mains had more of a voice for Broadway, with lots of vibrato thrown in for dramatic effect, Meatloaf-style.  Eva Dizon was competent on drums and kept a clean, fast rock pace, threw in some short solos, and it didn’t hurt that she was gorgeous.  The bass player Lissa Ramaglia has been playing around Seattle for a couple of decades and has won a Best of Blues award on electric upright bass.   Each had her moment of solid, quality rock.

BUT–they were intentionally campy, coy and the act felt more like a Saturday Night Live skit.  I just couldn’t laugh with them, and instead I groaned at song titles such as “Inappropriate,” “I Want My Daddy,” and a song about Jaeger bombs.   The lead singer hinted that one song was about lady parts, found not-so-subtly in the chorus: “Come over/I’ll show you my/Fine China…”  I found myself writing “Super Corny” in my journal as they made innuendos, posed and gyrated through their set list.  Bachelor or bachelorette parties would probably love to book this band, though.

On a more positive note, The Juliettes recently recorded a song called, “Hooray You’re Gay,” which is receiving international recognition for its inspiring message of equality for all.  All song download proceeds will be donated to charity.  Check out their website for more information.

Another long break and sound check followed before Cristina Bautista (formerly of Visqueen) + Gold Parts were ready to go.  Ms. Bautista must be one of the tiniest females to ever play bass.  The Gibson Thunderbird bass was almost as tall as she was, and I’m pretty sure it weighed as much.  The three piece band includes Eric Howk (from The Lashes) on guitar and Jeff Gall on drums. 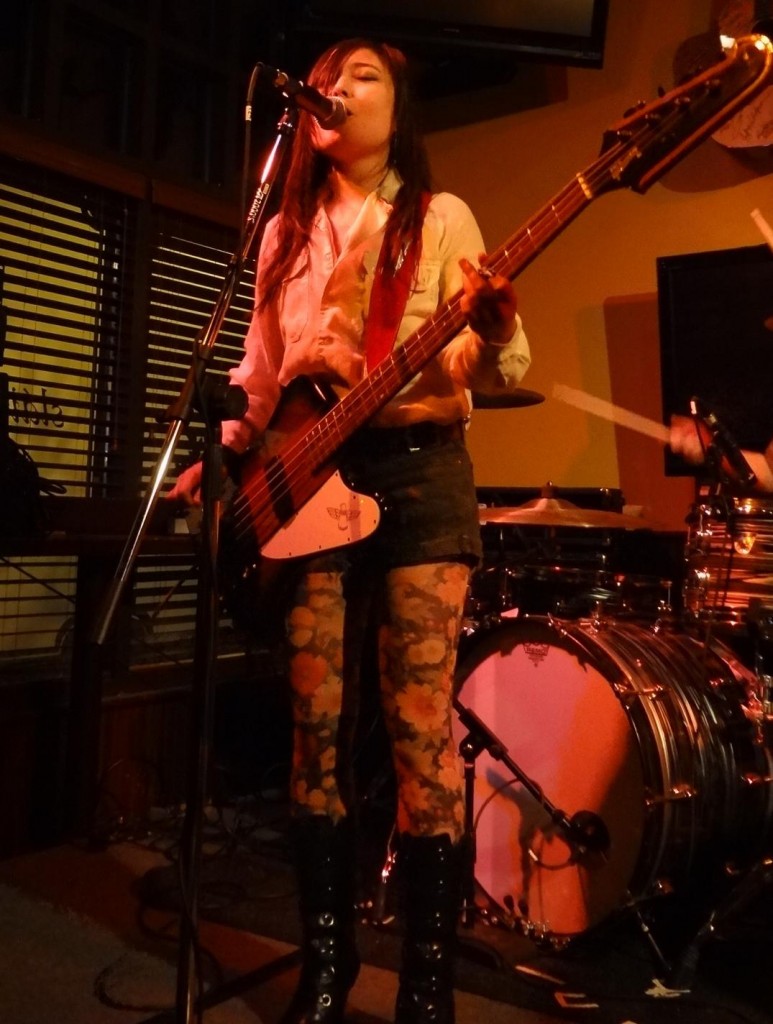 The trio immediately blasted into a fast, high energy song called “Let Me Down” and hardly slowed down through their set.  I was surprised that such a rich sound came from such a small band.  I can see this band take off all over the Seattle scene and beyond.  Their new Local 638 Records album is also entitled Gold Parts, and Bautista was a bit coy herself in her explanation of the title and her band mates.  The band was so energetic, poppy and positive, even though many of the songs’ lyrics were full of scorn and  heartbreak, such as in “I Don’t Want You Anymore”:

I let you get away, it’s so
and kept the parts that didn’t go:
the open sores, the gaping wounds
the hopes you never lived up to
So now I send them back
through Sovtek tubes and Marshall stacks
Let them serve as solid proof:
I never took more than I did deserve from you 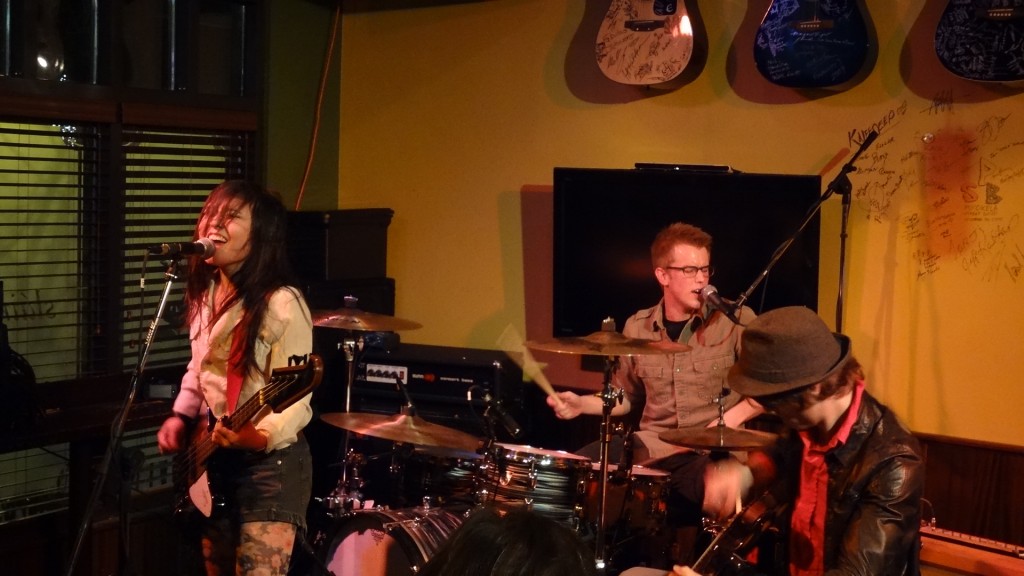 Howk played a rousing guitar throughout the set, including nice riffs on “Long Divisions”  and “About Love.”  Jeff Gall also sang harmony on many songs and added fast, complex beats to the pop set.  Bautista was a powerhouse on bass and vocals with just enough growl to make the songs edgy.  Eventually, her voice broke down a bit and she screamed some of the lyrics.

Here is a video of “About Love” from The Sunset Tavern:

In her defense, not all the bar patrons were there to watch the bands, and the excessive chatter was caught on the mics and fed back through the speakers, which created an annoying amount of noise over which to sing and play.   I started feeling that this band, and certainly Star Anna, were made for more appreciative audiences than the one at this suburban hangout.  I guess they get gigs wherever they can, and the noise goes with the territory.  For those of us who were there to see the bands, we found the chatter aggravating and so disrespectful. 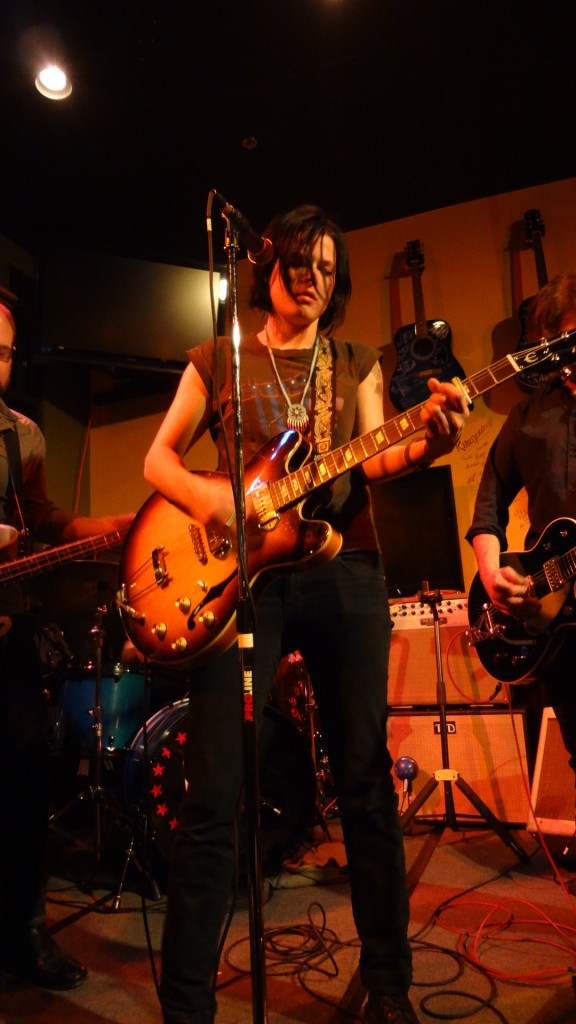 Star Anna and The Laughing Dogs took the stage around midnight.  We were determined to stay through their entire set, as we knew we wouldn’t be disappointed.  Star and the boys traveled all over the country this summer and fall, including PJ20 Destination Weekend in Wisconsin over Labor Day.  I felt sorry that the audience didn’t seem as enthusiastic as we were, knowing this band is on the verge of breaking into the big time.  The crowd thinned out as time ran on.  Star played a tremendous set of original songs, new ones from her latest album Alone In This Together, ones I hadn’t heard her sing before, and closed with an oldie sung by Otis Redding, “That’s How Strong My Love Is” which seems to be a crowd-pleaser at every show.  See a previous review of Star Anna’s show here. 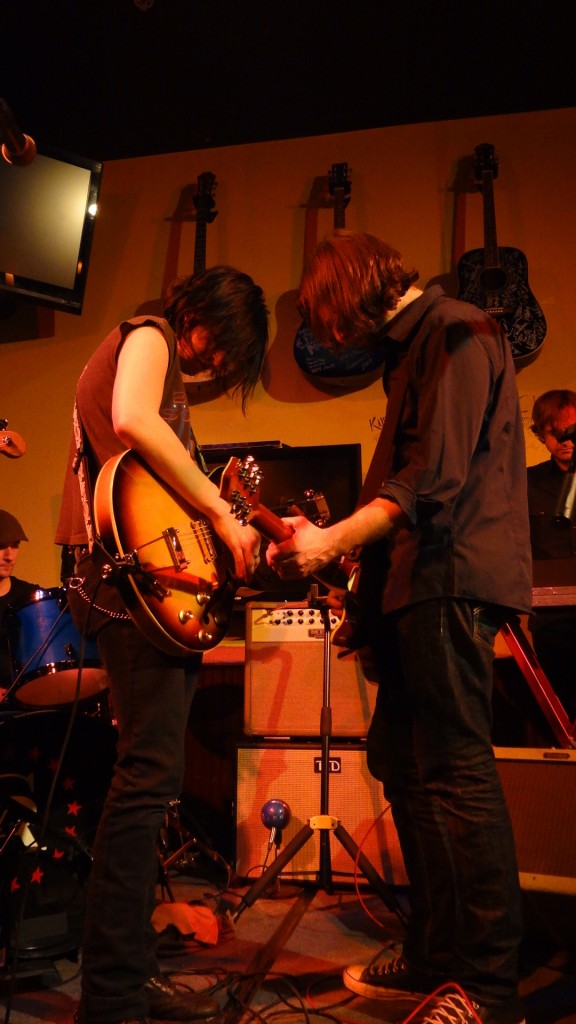 Although we got great entertainment value from the $12 ticket price, we left feeling there was a negative vibe at the pub.  Maybe we were too far away from our own zip code.  The neighborhood cliques, the rude people, and their lack of respect for the bands made me not care if we ever went back.  We’ll see the bands again–in Seattle.