Local (Seattle) talent will be featured in SIFF 2009 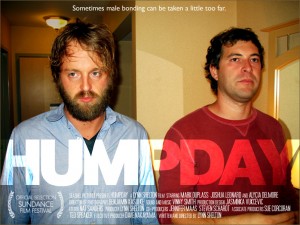 Last year I wrote about Seattleâ€™s â€œsummer of film,â€ so-called because an unusual number of features were shot in the area. Weâ€™re about to see the fruits of that labor as the Seattle International Film Festival, which runs May 21st to June 14th, will spotlight in its Northwest Connections programÂ twenty-nine films recently made in Washington state or by local filmmakers. The program includesÂ eight features,Â eight documentaries, andÂ thirteen short films.

Other locally-made features include The Immaculate Conception of Little Dizzle, a Sundance hit about a group of science lab custodians who unwittingly become the subject of a biochemical engineering experiment; The Spy and the Sparrow, which marries spy thriller to domestic drama; Worldâ€™s Greatest Dad, the lone Hollywood entry, starring Robin Williams and directed by Bobcat Goldthwait; and ZMD: Zombies of Mass Destruction, a political satire set in Port Gamble. (Disclaimer: I may appear very briefly in ZMD as one of the undead).

Some of the documentaries in Northwest Connections are actually set elsewhere: Sweet Crude, for example, is about the effects of oil drilling in Nigeria, and Independent America: Rising From Ruins looks at the effects of Hurricane Katrina on New Orleans. Iâ€™m especially looking forward to the ones that explore local phenomena, however, including It Takes a Cult, made by a former member of the Israel (Love) Family commune in Seattle, and Trimpin: The Sound of Invention, about the Seattle-based sound artist/genius.

The full Northwest Connections line-up can be found on SIFF’s website. The complete SIFF schedule will be announced on May 7th.