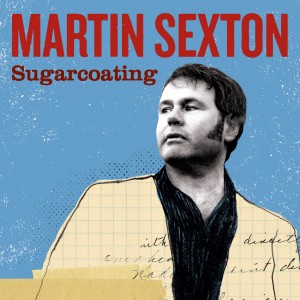 Martin Sexton is a singer/songwriter with extraordinary talents who has a penchant for expressiveness in his storytelling lyrics. His music cannot be pinned down under one specific category.  The sound and feel of his acoustic delving ranges from a folk-soul repertoire to his beat-infused scatting with some hints of country here and there blended with a little funk for flavor. Each song on this 13 track album has a different essence or style. It’s a pretty upbeat CD with a few slower ballads and a hint of sadness weaved in which lends itself to make a recipe that is delicious for the ears.

The opening track “Found,” eases us into the album with some acoustic strumming and drums and Sexton’s sweet sounding vocals with life encompassing lyrics. He sings “Cause I’m a man who seeks high places, searching for the common ground. Looking for friends among strange faces, that’s where I want to be found.” “Boom Sh-boom” brings a bit of the funk as you nod your head along to this bluesy and catchy tune. This little ditty is about hooking up and doing the Boom Sh-boom (if you know what I mean). A blend of acoustic and electric guitars accompanied by keyboards brings this tune together seamlessly. With each song being a new taste for the ears “Always Got Away,” comes in as a slow ballad with piano. It’s a sad song about how reality came falling down, one that is soul searching and haunting. It almost has a John Denver feel to it. The next track “Livin the Life” lifts us back up with upbeat guitars, keys, and drums with funk undertones.

Listen to “Livin the Life” here: [audio:http://randomville.com/wordpress/wp-content/uploads/2010/03/08-livin-the-life.mp3|titles=08 livin the life]

The title track on the album, “Sugarcoating” is a faster country ditty about post 9/11 reality and how the nightly news seems to have gone into the entertainment biz and won’t somebody tell it like it is? It reminded me a bit of the song “Feel Like I’m Fixing To Die,” by Country Joe & The Fish. “Stick Around” starts in with keys and has a similar vibe to the Fastball song “Was I Outta My Head.” Sextons vocals intertwine in a melodic glow with the instruments in the background of this song. “Long Haul,” is a bluesy country sounding song that when I listened to it I envisioned walking down a dusty road as the sun is setting and the sky turns to dusk. Moving on to “Shane,” it starts in with more complex guitar chord structures with hazy vocals as Sexton imagines the future for his infant son. “Wants Out” is a mellow and softer song that combines keys and guitar which overlap each other in a building symphony that cushions and enhances the lyrics being sung. “Friends Again,” starts with a whimsical intro where Sexton’s voice is center stage to light and airy guitars. At one point in the track there’s a part that sounds like a mariachi serenade. “Easy on the Eyes,” is a jazzy folk song with a happy go lucky beat. Sexton does a fantastic mouth trumpet solo in the middle of the song that sounds like 1920s speakeasy music. “Alone,” has a country twang with lower, softer vocals and guitars that ascend with each strum. He closes the album with the lullaby-like “Just to be Alive.”

The album really shows Sexton’s diversity with his musical arrangements and talent. I can’t say that there’s one song on this album that I don’t like, and I enjoy it more with each listen. Sugarcoating will be released on April 6th.