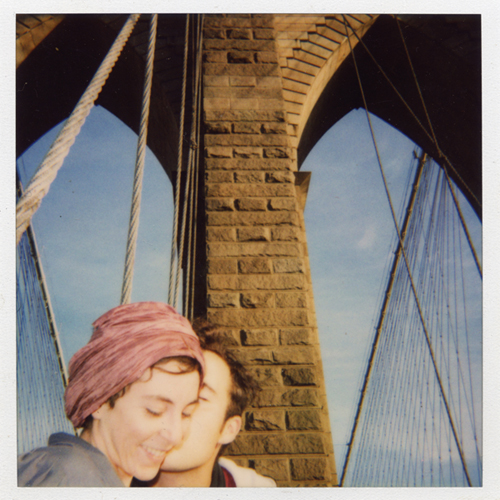 The band’s second album, Ruth, pretty much continues the work that their debut started: wistful songs about being young and in love, complimented by charming amateur-ish horns. Clocking in at just over half an hour, Ruth is a pretty short album, but that brevity ultimately works to its favor. It is succinct in its execution and says all it needs to say in that half-hour. With such a trim running time, there’s simply no room for filler, and as a result every song feels like it was included in the album for a particular reason, either musically or lyrically.

Initially, it’s easy to write Nana Grizol off as just another nostalgic indie-pop band, but it’s the earnestness that really gives Ruth its sticking power. Hilton’s lyrics are immediate in their meaning, often sacrificing the rhyme for the sake of clarity, and it’s hard to resist the cautious optimism that he puts forth through his songs. “Cynicism” starts things off in a quiet tone – Hilton sings about sunsets and ex-lovers on top of his own delicate fingerpicking, a clarinet, and a euphonium. It ends in bombast, the sizeable wind section jumping in and bringing the song to a triumphant close. 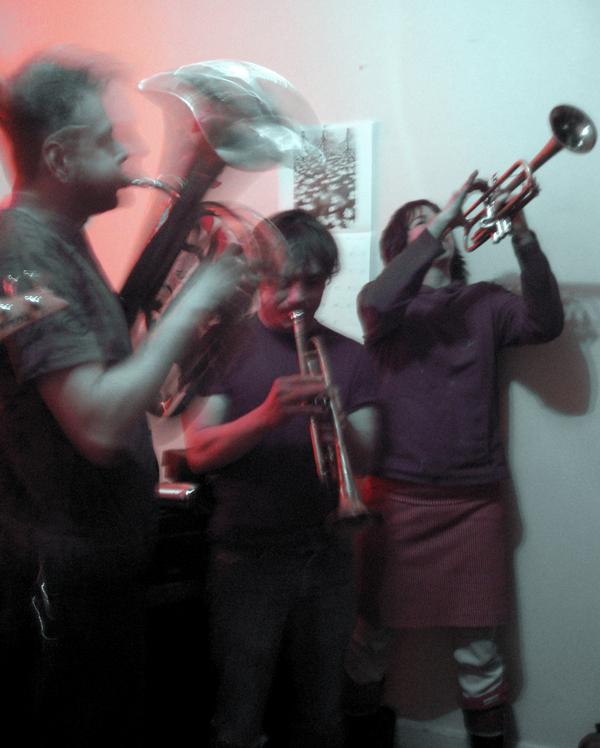 It’s the youthful bombast that makes Nana Grizol continually appealing. The horns let the band begin to graze the joy that marked so many moments of In The Aeroplane’s songs, lending a certain familiarity to the band’s sound. This isn’t to say Nana Grizol sounds anything like Neutral Milk Hotel, though, except for the fact that Miss Carter’s trumpet playing hasn’t changed much. Her tone has filled out, and she fearlessly leads the winds, but anyone who knows Aeroplane will be able to pick out her timbre immediately. The horns are given a full three-minute interlude with “Alice and Gertrude,” in a nice, pleasant waltz pattern that simply repeats itself a few times.

Though certainly a fine release in its own right, Ruth doesn’t quite live up to the band’s debut. The songwriting just isn’t as strong as it was with Love It. Ruth gets a bit more influence from punk rock, which seems to limit what the horns are able to do. That said, Hilton’s lyrics are as strong as ever, and Ruth’s musical shortcomings are aided by its words. “Cynicism isn’t wisdom,” he sighs, “it’s a lazy way to say that you’ve been burned,” an almost spiteful condemnation of the closed-mindedness that comes with age. And this sentiment is what Nana Grizol captures best. It sounds like being a teenager (the good parts, anyway). These are songs about late nights and best friends, delivered by a vocalist with a thin and honest voice, and backed by a horn section that revels in its unrefined sound. It’s reminiscent of days that were simpler than those of the present, but uncertain in its assertion of those memories. After all, we can remember sixteen as an idyllic age, but whether those halcyion days actually ever existed is a whole other question.