In April, the Rock and Roll Hall of Fame will open its doors to Run DMC, Jeff Beck, Metallica and a few others. Many congrats of course to the individuals that are making it in.

However, we decided to have a little fun and create our own Rock Hall list. Letâ€™s pretend that all of the rules have changed, and that no one can get elected that had an album come out before 1999. Itâ€™s not really predicting who will/might get elected; we are electing someone NOW.

Here is a list of some artists that are not eligible because they had an album come out before 1999: Modest Mouse, Eminem, Foo Fighters, Wilco, G Love, Elliot Smith, Derek Trucks, Cat Power, Eels, Ben Harper, Tori Amos, Kenny Chesney, Queens of the Stoneage, Radiohead (but Thom Yorke is eligible), Rufus Wainwright, Sigur Ros, Spoon.

My Morning Jacket was eligible with a debut in 1999, yet none of our writers chose them. No one chose the Shins either with a debut in 2001, but they did technically have a debut as Flake Music in 1997.

Overall, this turned out to be a fun project, and a little more difficult to construct than we anticipated. Do you think we left anyone out or do you disagree with our picks? Be sure to comment and tell us then…

1. The White Stripes
– Ok, so the White Stripes arenâ€™t exactly going to blow you away, musically. They successfully brought the rawest form of rock back into the mainstream, and helped a great deal in reining in an industry that had already become fraught with overproduction. 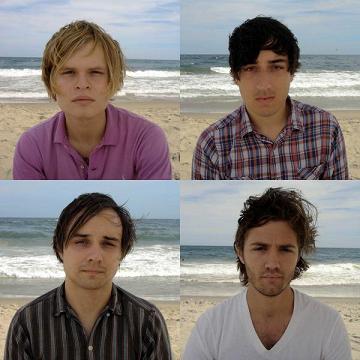 3. Stephen Malkmus & the Jicks
– This one is more for Malkmus, who has remained a prominent part of the indie scene for the past twenty years. Though Pavementâ€™s final album was released in 1999, Malkmus continued his work, moving on to collaborate with Silver Jews and forming his own band of the Jicks. His songwriting is still essentially the same, deranged lyrics to disjointed pop forms, and his large degree of talent, as well as the undeniable influence heâ€™s had on the scene today, make him a shoe-in.

6. M. Ward
– Matt Ward may be largely credited with bringing subdued, soulful folk music back into the public eye. His releases have been consistently top-notch, both musically and lyrically, and his stripped-down dominantly-acoustic orchestration is simple in its execution and easy to listen to again and again. 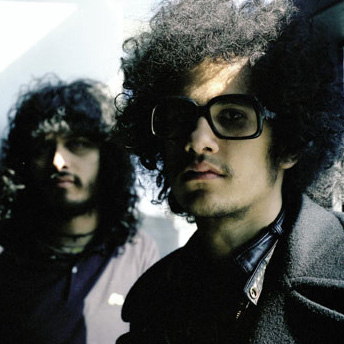 1. Heartless Bastards
– Jack White may have gotten too big for his rhinestoned britches, but little Erika Wennerstrom has rolled with her personal punches, played with James McMurtry, and kept the blues pouring from her powerful lungs. Their latest release, the Mountain, is more rootsy than bluesy, with a touch of the psychedelic sprinkled over it for good measure. Itâ€™s also another amazing collection of songs on top of a pair of proper releases that were stellar. She is Janis Joplin without the death wish, and then some.

2. The Black Keys
– Iâ€™m not sure what is about Ohio (alas, my personal hero and prolific uber-mensch Robert Pollard was releasing way too many albums before 1999 to make the cut in this article) but the Black Keys deserve a place in the Rock and Roll pantheon. What they bring to the blues, more than any contemporary band out there, is that old-timey sinister weirdness. And while their latest, Attack and Release, was a more refined though no less great an album, for the full-frontal punch, check out the dark, murky Magic Potion, and their EP tribute to cult bluesman Junior Kimbrough, Chulahoma. Itâ€™s music to stand at the crossroads and make a deal with the devil by. Timeless, and innovative. Kinda like rock nâ€™ roll itself. 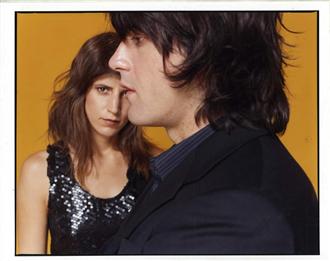 4. Dr. Dog
– Good old-fashioned rock and roll. And yet, so modern, too. If they had released an album in the 1970s, Wes Anderson wouldâ€™ve used a B-side as the soundtrack to one of his movies. And give kudos to any band that realizes they actually donâ€™t need to improve upon, or shy away from Beatles harmonies.

7. Jens Lekman
– Just saying his name brings a smile to my face. Heâ€™s Beck without the irony, wearing his Nordic heart on his sleeve, and singing about romance, heartbreak and um, playing bingo. All with the honest naivety and heart-on-your-sleeveness of a fourteen year old. And let us not forget his masterful story telling ability. Witness the exquisite â€œPostcard to Ninaâ€ from the 2007 release Night Falls Over Kortedala. The Rock and Roll Hall of Fame needs a Scandinavian soul. 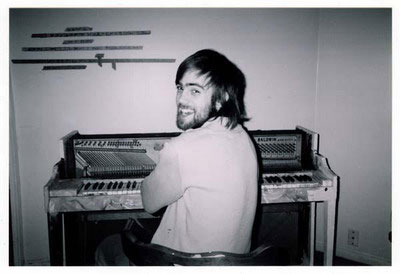 1. Kings of Leon
â€“Letâ€™s start off with a band that is hot right now. They could be at their peak, but something makes me believe there are bigger things to come from this quiet Tennessee group. KOL makes the type of music that will be a staple when we look back at this time period. 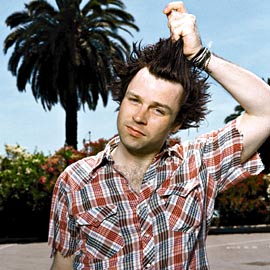 4. The Libertines
â€“ Disregard the fact this band has only two albums to their credit. I say these lads deserve to be in the Hall. Call them the Haileyâ€™s Comet of rock and roll. They had the audacity to rip off the Kinks and the Clash & it actually worked. Add the conflict, drugs and a continued haze of reunion hope â€“ what could be more rock and roll?

â€“ I admit this one is a gamble. They will probably get in due to staying on charts and selling out large venues with each album released. My personal opinion is the band is currently teetering between writing disposable material or songs that will still strike a smile in twenty yearâ€™s time. I have to list this one with a warning: if their next album isnâ€™t stellar, an induction for the Killers will be a crime. 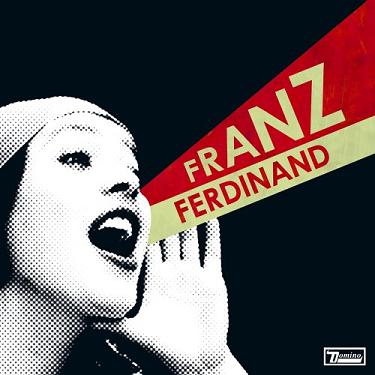 7. Gorillaz
â€“ Come on, the first animated inductees. No-brainer! They caused a sensation in both music and pop culture. Add to it the musical pedigree of the talent behind the charactersâ€¦could the voters of the RRHOF be so bold? I hope so.

9. Black Rebel Motorcycle Club
â€“ Here is a band that would lend the hall some much needed legitimacy. BRMC writes songs that will last the test of time. They donâ€™t follow trends but rather forge their own direction. They ARE rock and roll in a world that has nearly forgotten what that means.

1. The White Stripes
– Quite simply, in my opinion, the best band on the planet. Period.

– Many critics threw her into the Mouseketeer and Britney categories, and admittedly her music isnâ€™t one of my favorite genres, but you simply canâ€™t deny the vocal ability of Aguilera. Sure, she can wear some ridiculous outfits and she can tend to have that diva attitude, but as an artist, she is everything a young girl with talent should inspire to be. Even if Milli Vanilli were her songwriters, it wouldnâ€™t matter. She sings too good to be left out. 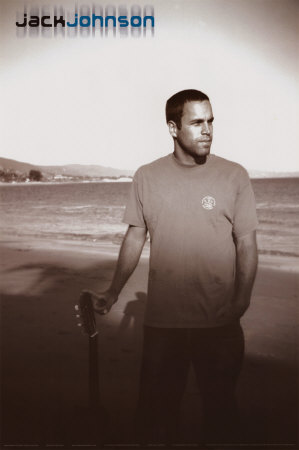 5. The Soledad Brothers
– Now the Soledad Brothers technically produced a tape called Master Supertone in 1998, but they only gave away twenty copies and it was never for sale, so they make it in. In their own words, they were out to â€œexploit that [sound of] Dr. Ross, John Lee Hooker; just grabbing the boogie, just this straight groove and beating it to death.â€ This Toledo trio took the blues and transformed it into dirty, swagger-filled, catchy songs. I caught their second-to-final performance in 2006, and I was literally heart-broken to hear them each tell me they were breaking up. Rarely does a week go by still where I donâ€™t listen to at least one song of theirs, but luckily I have five albums to choose from each time.

7. Coldplay
– Boy, I debated this one for a while. I feel like the last two Coldplay albums have been garbage and I wouldnâ€™t torture a burglar with them. But Parachutes (2000) and A Rush of Blood to the Head (2002) really were amazing albums and they helped to put Coldplay into the superstar category that they deserved; at the time anyway. They might not be loved by me anymore, but millions all over the world feel differently, so they deserve to get in. 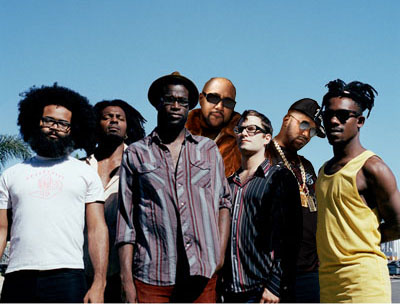 TV on the Radio

(My honorable mentions go to Kanye West, pre-Because of the Times Kings of Leon, the Raconteurs, the Wood Brothers, and Dr. Dog)