Drumming in the constant flurry of activity that must be the Decemberists, itâ€™s surprising and impressive that John Moen has found the time to write and record his own solo album, under the name Perhapst. The man has spent enough time with the big-wigs of the indie scene â€“ with the likes of Stephan Malkmus, Elliott Smith, Dharma Bums â€“ to have surely picked up enough trade to be able to pull it off, though. Moenâ€™s venture into solo territory is ultimately a successful one, establishing himself with his own unique sound, an amalgamation of the steps heâ€™s taken to get to this point. Itâ€™s difficult to place Perhapst in any one genre, as Moen keeps things moving around pretty much constantly, though there seems to be an underlying country pop kinda thing going on more than anything else. Otherwise, itâ€™s a pretty elusive mix of 90s indie, some blues here and there, and a fairly hefty dose of a 1960s pop quartet. 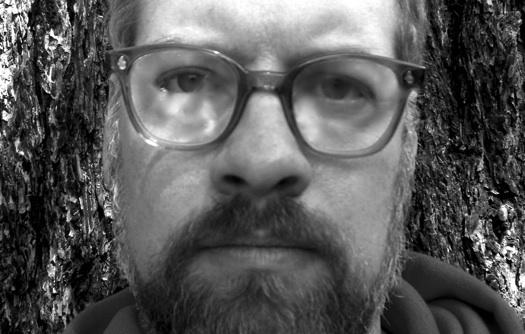 The albumâ€™s first track, â€˜â€Quoteâ€â€™ (yes, the word quote in quotation marks), is a fine example of what an opener should be: it immediately pulls the listener in with its minor-keyed guitars and flanging vocal harmonies before settling into a 1960s-style folk song, the guitar patch of choice sounding like something straight out of the Byrds. An acoustic guitar jangles throughout the piece, and Moenâ€™s thin and sliding vocals suit the aesthetic quite well. The album immediately shifts gears to a much more pop-oriented direction with â€œMaryanne,â€ with fat bass moving up and down in the introduction before settling into a verse with drums complimentary of Rock Band. The simple chorus of â€œMaryanne!â€ immediately invokes the Smashing Pumpkins, right down to the little vocal snarl as the line ends. A persistent slide guitar weaves its way in and out of the canopy of sound before everything gives way to a bright and bombastic conclusion of â€œna na nasâ€ and high, wiry vocals singing along with one another.
â€œBlue Yearâ€ then takes things towards a more 1990s aesthetic. The guitar fuzz that sounds during the chorus is reminiscent of Pavement. (Incidentally, Malkmus does play guitar on a few cuts on the album). Simple synthesizer patches during the verse give the rest of the song a more aloft, ethereal quality to it. In the last minute or so, the song gives way to a really Pavement-esque jam, down to a persistent cowbell on the beat and guitar playing in unison with the vocals. The last chord is something you would expect to hear on Brighten the Corners. 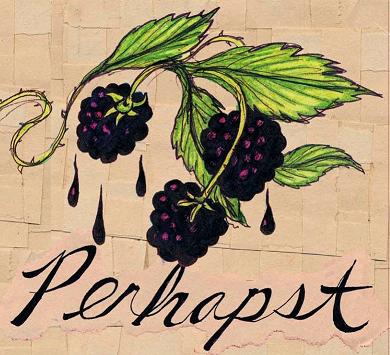 â€œCruel Whiskâ€ is a highlight of the album. Things simplify for Moen here, a nice acoustic tune that is comfortable in its predictability. Moenâ€™s vocals really shine, demonstrating a fair amount of range and using his voice more as another instrument than as a medium to convey lyrics. This isnâ€™t to say Moenâ€™s lyrics are not worth listening to. In fact, theyâ€™re quite strong, and not the sort of thing youâ€™d expect to hear from a pop-inspired album. Towards the end of the LP, â€œBornless Oneâ€ shows off his lyrical prowess quite well. The song is very-much what you might hear on a Kinks record, but lyrically we get a chorus of â€œBorn of dogs, you changeling / Your drawings were amazing / And we donâ€™t like the sound of your laughter.â€ The rhyming is interesting and clever, and the subject matter is relatively dark for such a light-hearted sounding song.

And then thereâ€™s â€œCaution,â€ a full-on blast of country music, complete with a raunchy harmonica solo to open things up. Drums are played with brushes, and everything speeds along nicely, until the chorus, where suddenly things drop into a 6/8 rhythm before picking right back up again. Once again, Moen shows some nice and tight vocal harmonies, and he even manages to turn the fairly drastic shifts in tempo into well-paced and not jarring occurrences.

Â
I suppose the albumâ€™s vast diversity, one of its strongest points, is also a stumbling block: because itâ€™s so varied in sound, itâ€™s difficult for the work to come off as entirely cohesive. It can at times come across as a collection of songs, as opposed to an album. Itâ€™s not immediate, but stylistic themes do start to show up. It could be that Moen is intentionally staying with tried-and-true conventions of the genres in order to drive the point home, but with so many different types of music being levied against one another, it would have been cool to see some more peculiar musical juxtaposition.

Â
But this fact also serves to make the album more conducive to repeated listens, given how intricate and amorphous in style things are. Itâ€™s fun to sift through Moenâ€™s songs and figure out who heâ€™s channeling. Overall, this is definitely a successful debut from a well-traveled musician. Most of the songs are pretty good (I thought â€œHarbourâ€ was a little too pop-y without enough else going on, given the rest of the album), and a few of them (â€œBlue Year,â€ â€œCruel Whisk,â€ â€œArenâ€™t You Glowingâ€) stand out as exceptional. Hereâ€™s hoping Mr. Moen takes his experience with this and continues with what has even in this early stage proven to be a budding solo career.