Pink Hits the Road for The Truth About Love Tour 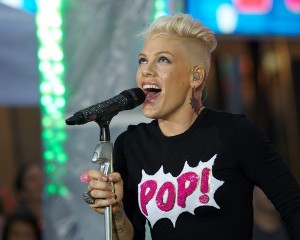 After four years on the sidelines, Pink will be back on tour starting in February 2013.  The Grammy Award winner is currently slated to make stops across the US, as well as a few stops in Canada.  The tour will be named after Pink’s recently released album, The Truth About Love, and current consists of 25 stops.  The tour kicks off in Phoenix, AZ and ends in Boston, MA on March 28,2013.  Pink’s popularity has returned rapidly with the release of her new single in July.  The lead single, “Blow Me (One Last Kiss)”, has been a success on the Billboard charts so far.  “Try” was released as the followup single for the album which is in stores today.  The album also features guest appearances from Nate Ruess, Lily Rose Cooper, and Eminem.  To date, the album has received mainly positive reviews from many different music critics.  Fans who are looking to score great tickets to see Pink live wont’ have to wait for long.  Select shows begin presales on September 24, and many of the remaining shows begin on October 1.  You can visit the official Pink website or Ticketmaster for more information on the onsale dates for each specific event.