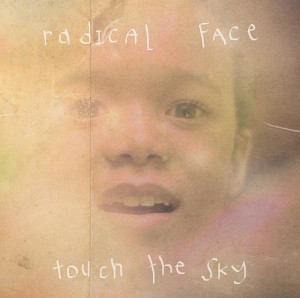 Radical Face is the solo project of Ben Cooper, a Jacksonville-based musician best known for his work in Electric President. But where E.P. is glitchy and electronic, Radical Face is more traditional and personal. There’s still plenty of arrangement to these songs, which are full of sweeping strings and harmonizing choirs (give “Welcome Home” a listen for a Great American Frontier-sounding chorus), but on the whole, Touch The Sky is much less complex.

Touch The Sky does well to legitimize Ben Cooper as a singer. His thin, nasal (but expressive) voice is far more exposed on these recordings than anything Electric President has done, and it turns out Mr. Cooper’s singing is wonderfully suited to a more bare-bones instrumentation. “Glory” is one of the EP’s strongest tracks, and is pretty much just two guitar chords and a singer.

This EP is meant to be a sort of “preview” of an upcoming trilogy of Radical Face albums (Roots, Branches, and Leaves). As long as Ben Cooper is able to continue churning out songwriting like this, there’s no reason each of these albums won’t be wildly good releases.