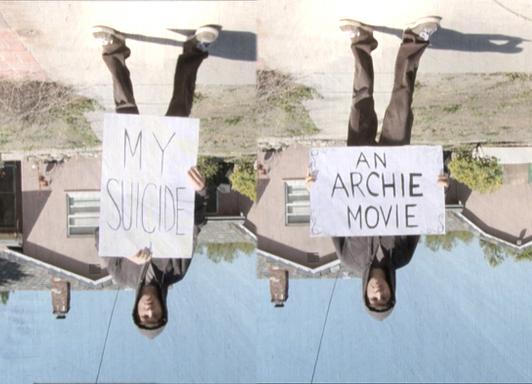 The Blair Witch Project. Natural Born Killers. Sin City. Game shows. Really bad Texas used-car commercials. These are all things I was reminded of while watching the turbo-paced, teenage-angst film My Suicide. In addition to including one of the final performances from recently deceased David Carradine, this film takes you deep into the mind of a troubled teenager and gets creative to the bone.

Part of the creativity of the movie is the marriage of music to film. At the SIFF screening, Seattle musician Rocky Votolato (whose music is featured in the film) performed an acoustic set in the theatre for the audience before the movie began. Hats off to the music supervisors Bobby LaVelle and Karyn Rachtman, as you’ll hear music by Radiohead, MGMT, Dr. Dog, Animal Collective, Conor Oberst, TV on the Radio and plenty more.

The first thing about the film that jumped out at me was the ironic spookiness of Carradine (who plays a Death Poet) uttering the words “The call of death is a call of love.” [At press time, it is still un-clear how Carradine actually died recently, though suicide and even auto-erotic-asphyxiation are rumored to be possible causes.] Despite the hype over his passing, Carradine’s was only a supporting role; the film offers much more than eerie timeliness.

My Suicide focuses on Archie Williams (Gabriel Sunday), a shy and sheltered kid who has talents that he doesn’t realize, especially as a film editor. For his final film project of the high school year, Archie announces that his self-produced documentary will end with him killing himself on camera.

Obviously, panic rises and Archie is quickly whisked away by the police and later to a mental hospital for his “stunt.” We find that Archie really just lacks social skills (no thanks to his upbringing) and he is disturbed. But is he really unique? Are ALL kids like this? Based on the footage shown in the film, perhaps they all really do feel like this down deep. However this film will not answer those questions…only make you think about it.

Along the theme of relating to teenagers, the film’s pacing is set for them, in patience-lacking, quick frames that can be annoying for anyone over twenty-five. At times, it’s a lot of information to process so quickly; there is a lot happening. However the animation and advanced graphics are fantastic and situations are portrayed in often rather fantastic sequences to morph the mood of the film. 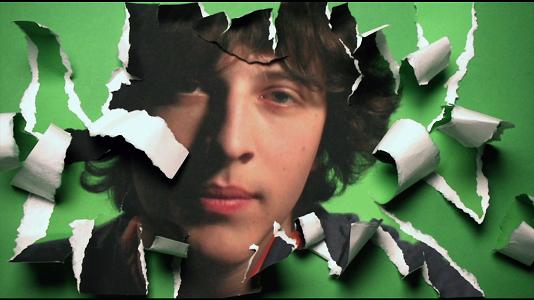 Gabriel Sunday (who could easily pass forÂ the kid from Pearl Jam’s “Jeremy” video) is a perfect fit for the role, and he expresses every emotion that Archie goes through. Including love. Cierra, played by Brooke Nevin, is a knockout girl (known also for her party habits) Archie’s had a crush on for years. He is amazed when she shows interest in him after he announces that he plans to die. She wants to pick his brain and understand why he thinks this way. Only later do we learn it’s because she’s suicidal as well.

Through his relationship with Cierra, Archie begins to learn how to socialize, love, lose and maybe even discovers his self-worth along the way. But when another student beats Archie to the punch and takes his life, Archie is upset and panics. And then another friend makes an attempt, and Archie tries to save her life. This all throws him into a tailspin again (and earns fingers of blame pointed at him) so he seeks out his hero in Carradine for advice.

So with these ups and downs, and the visit with the Death Poet, does Archie actually take his life? I can’t reveal that, but sadlyÂ My Suicide does have to come to an end at some point.

During the festival, My Suicide won the Youth Jury Award for Best FutureWave Feature!!

After the film, Gabriel Sunday and editor/screenwriter Jordan J. Miller were on hand to answer questions. They quickly revealed that the animation alone took about two years and was done by one guy. The editing ended up taking about two and a half years, and the film as a whole was a four year project. It turns out the boys had started a youth group after losing some young friends to a car accident, andÂ  then the idea for this film slowly came about. At first, Sunday said it was just a 400 page story about some kid ranting. 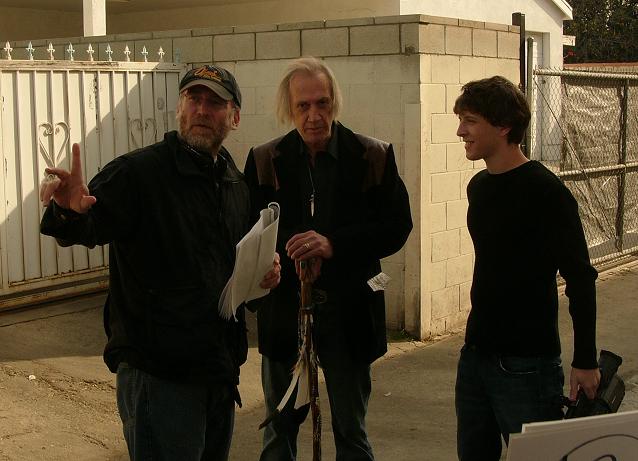 Getting actors like Nora Dunn, David Carradine and Tony Hale to participate was a real thrill and Gabriel Sunday talked about how he was very star-struck over Hale as he was a huge fan of Arrested Development. Sunday talked a LOT and only about three questions were asked total because he can go on for a while. He did say that he drew on some personal experiences to play the role, but for the most part he just stuck with the script.

I asked how they got so many opinions of teenagers, figuring they needed more information than what a Guidance Counselor could provide. They said they had tons of documentary footage from interviewing teens to sort through. They were surprised at how teens opened up and how they felt, and the filmmakers even took the idea of how Cierra’s brother died from one teen’s true story. However they did employ several mental health professionals and counselors along the way to ensure that the right message was being exposed.

Sunday has a young mentality (he’s only twenty-three), and he fit the role perfectly, though I think it’s best that he hid his constant stoner laugh and didn’t use it in the film. Surprisingly, not one person asked about Carradine, and the only comment Sunday made about that situation was “Yeah, that was a real bummer.”

All images courtesy of the Seattle International Film Festival