I hoped that the chance to see several locally-made comedies at the same time â€“ during this yearâ€™s Seattle International Film Festival â€“ would lead me to some powerful revelations about the Pacific Northwest Sense of Humor.Â Â  But it turns out that our comic sensibility is not very consistent, and our favorite leading man is actually from New Orleans.

That would be Mark Duplass, star of Humpday and True Adolescents,Â  who actually is a filmmaker himself (The Puffy Chair, Baghead). In real life, Duplass is laid back, self-effacing, funny and charming. On screen, he can play a range of good-looking 30-ish males, and thereâ€™s something about the way he walks and talks that suggests he might have been a Seattleite in another life.Â 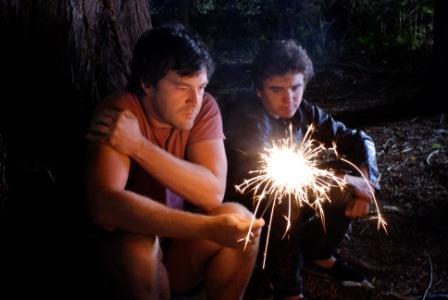 In True Adolescents, the first film by Bellingham native Craig Johnson, DuplassÂ plays Sam, an immature Seattle musician who finds himself suddenly without a job or a place to live. As a favor to his aunt who has taken him in, he escorts his young cousin and a friend on a camping trip to the ocean.Â  Things go wrong, which gives Sam the opportunity to act like an adult, perhaps for the first time.

The film is funny and very honest in its depiction of both the adolescent boys and the adolescent man.Â  I also liked the fact that itÂ left some loose ends dangling. Itâ€™s encouraging that Johnson decided to film the movieÂ  here in Washington, as he probably could have sold the script to Hollywood as a Jack Black or Vince Vaughn vehicle, which would have ended upÂ with fewer nuances.

When Seattle native Lynn Shelton first conceived Humpday, a movie about two heterosexual buddies who decide to have sex on film as an art project, she wanted Duplass to play Andrew, the more free-spirited of the two. Duplass instead convinced her he should be Ben, the married, house-owning, tie-wearing, soon-to-be father who is starting to question what he has given up. 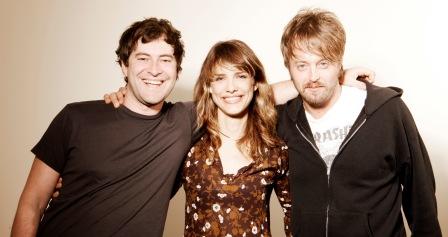 Shelton worked collaboratively with Duplass and Joshua Leonard, who plays Andrew, to develop the story, and the actors improvised the dialogue within each scene. This process resulted in a film that is awkward and authentic, like a great documentary, and also very funny. It might just be my favorite film at this yearâ€™s festival. (Iâ€™m not alone in my admiration â€“ Humpdayplayed at Sundance and Cannes before SIFF, and has been picked up for distribution by Magnolia Pictures. Watch for it in theaters this summer).

The other Northwest comedies I saw were about as far from documentary statusÂ as a film can be. The sillier of the two is ZMD: Zombies of Mass Destruction, a humorous horror film set in the tiny, quaint town of Port Gamble at the northern tip of Washingtonâ€™s Kitsap Peninsula. In the film, the town has been infected by a zombie virus, which might be the work of terrorists; this suspicion causes trouble for the heroine, whose father is from Iran, which everyoneÂ confuses withÂ Iraq. Other subplots involve a gay couple, a political rivalry, and a particularly zealous minister. 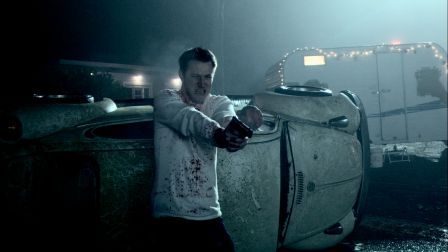 A Port Gamble resident fights off the undead in ZMD: Zombies of Mass Destruction. Photo courtesy of the Seattle International Film Festival.

Writer/Director Kevin Hamedani, a native of Kent, and Producer John Sinno, a native of Beirut, wanted to make a genre film that had something to say about the nationâ€™s response to 9/11. Political and social satire permeate this over-the-top horror movie that gets its biggest laughs from gags such as one character pulling anotherâ€™s arm off then hitting him over the head with it. The SIFF audience loved ZMD, though their response might have been colored by the presence of a large number of cast and crew members. On the other hand, many days later I overheard someone unconnected with the film say â€œI think ZMD is my favorite movie in the festival this year. Not the best, but my favorite.â€

(I myself loved ZMD, but partly because I was one of the zombie extras, and spent much timeÂ while the movie playedÂ looking for myself in the background. Imagine my thrill when I appeared on screen for several seconds, squarely in the foreground! I canâ€™t wait for the DVD release â€¦)

Equally surreal, but much more cerebral, is David Russoâ€™s The Immaculate Conception of Little Dizzle. As aÂ former animator, Russo bringsÂ unique visual style to this bizarre story of a team of Seattle office building janitors who become unwitting participants in a scientific research project and end up giving birth to mutant creatures out of their rectums. 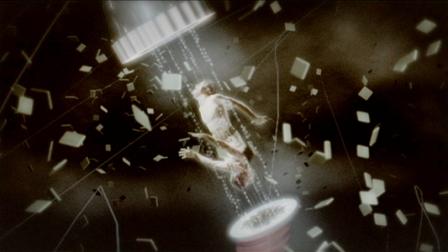 Toilets play a major role in The Immaculate Conception of Little Dizzle. Photo courtesy of the Seattle International Film Festival.

At a Q&A following the movieâ€™s screening at SIFF, Russo called Dizzleâ€œa religious buttfish movie for intellectuals.â€ One of the characters is on a spiritual journey;Â  another (played with great relish by Vince Vieluf) is a working class philosopher. The buttfish are intended to represent art, and more specifically, the film itself. Itâ€™s all very trippy, and might be best viewed in the company of a smarter friend. Itâ€™s also very funny, in a WTF kind of way.

Although these comedies donâ€™t have much in common, they canâ€™t escape their setting. The Northwest leaves a mark on any film shot here through its architecture, weather, visual culture, and (when local actors are used) gene pool.Â  Of course, these comedies are also similarÂ because of the fact that the filmmakers are trying to say something, and not just make money. I am encouraged by the diversity of the stories they have to tell, which should feed our burgeoning film industry for a long time to come.

It Might Get Loud SIFF 2009: My Suicide
Copyright 2009 - 2012
Randomville.com ™
All Rights Reserved - Photos Licensed by PR Photos