Whew! While we here at Randomville did see a lot of these films, we did not see all of them, sadly. Actually, maybe that’s a good thing since we were just a two-person team! However, between the two of us, Randomville absorbed over fifty films and plenty of memories to go along with it.

We would graciously like to thank The SIFF for having us back for a second time this year. We loved every minute that we spent and we really hope we had a part in getting people to the festival, donating money to you, and becoming aware of the films.

You can search our website to review our travels and reviews, but here is a brief wrap-up on what we thought were some of the best: 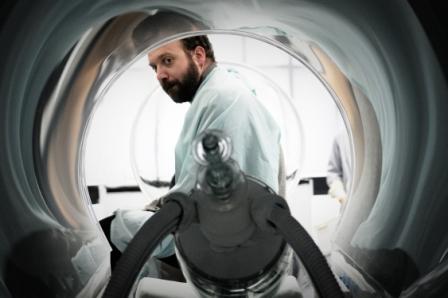 Hands-down the best film I saw was Cold Soulswith Paul Giamatti. He plays himself in a silly comedy where humansÂ have the ability toÂ remove their souls and even choose new ones if they want. Giamatti sported so many facial expressions you would have thought he went to Jim Carrey school. Giamatti was a real hoot in person as he did a QnA with the crowd after the viewing.

If you put both Kevin Spacey and Robin Williams in a film together, does it have even a chance to be bad? No, and Shrinkdid not dissapoint as Spacey plays a dope-smoking Hollywood psychiatrist who not only handles every exotic personality that heartless town has to offer, but he also discovers that his life is far from grand as well.

A few documentaries I absolutely loved began with The Yes Men Fix The World, where a couple of good-hearted misfits roam the earth trying to make “evil doers” (large corporations) pay for the moral crimes they commit. The festival wasn’t even over yet and I was hearing all kinds of buzz about Food Inc., the documentary that every big food processor in the country doesn’t want you to see. The chances are very good that you’ll change your eating habits for the better after spending ninety-four minutes with this excellent film. Food Inc. was also the fourth runner up for Best Documentary Golden Space Needle Award. Any fan of indie rock MUST SEE the film All Tomorrow’s Parties, an in-depth look both behind the scenes and from fascinating camera angles (and great sound quality) of the popular British music festival held annually that does things a little different.

The most creative film I saw was My Suicide, the mockumentary about a high school kid who declares he will kill himself on camera for his final school project. Who better to go to for advice than the (now late) great David Carradine, who ironically plays a “Death Poet” in this gem of a movie.

A few other notable films that I suggest: Against the Current, We Live In Public, Nurse.Fighter.Boy, Rain. 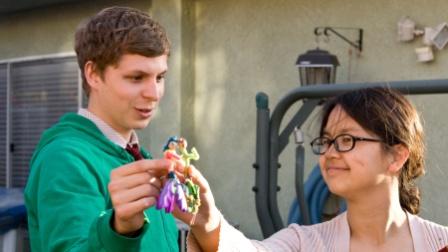 I like to be surprised, and my most-pleasure-for-least-expectation award goes toÂ Paper Heart, a hybrid documentary/docucomedy by comedian Charlyne Yi and director Nicholas Jasenovec. As Yi travels about the country interviewing people about their experiences with love (the documentary), she is herself falling into a sweet and awkward romance with actor Michael Cera (the docucomedy). The film is funny, whimsical and charming. It opens in theaters August 7th. See its website.

I admired Seattle filmmaker Lynn Sheltonâ€™s first two films, but approached Humpday with some anxiety because of its high concept premise: two buddies dare each other to have sex on film as an art project. It could have been awful, but I should have known that in Sheltonâ€™s hands the result would be sublime. Working collaboratively with the two lead actors, who improvised all the dialogue, she has created a detailed, insightful and painfully funny glimpse into the world of male friendship. Humpdayplayed at the Sundance and Cannes film festivals before SIFF, and will open in theaters July 10th. See its website.

One more great comedy:Â Japanese director Hirokazu Koreedaâ€™s Still Walking,Â aboutÂ the very familiar dynamics of a JapaneseÂ family who gently poke and prod each other during an annual gathering in which they are mourning the premature death years earlier of the oldest son. The characters are treated with affectionate humor, both by the director and by each other.Â

Family dynamics are also the subject matter ofÂ Tetro, an Argentinian melodrama from Francis Ford Coppola;Â while I didnâ€™t care as much as I wanted to about the story or characters, I was captivated by the stunning black-and-white cinematography, and that was enough to carry me away. Itâ€™s in theaters now; see its website.

Also set in South America,Â The Maid isÂ a dark comedy from Chile about a woman approaching middle age who realizes theÂ bourgeois family she has spent over half her life serving doesn’t need her as much as she needs them. Itâ€™s an illuminating character study of the kind of person normally ignored or stereotyped in feature films.

I also recommend aÂ few films I discussed in earlier reviews that I already want to see again:Â The Market – A Tale of Trade, Bluebeard, The Immaculate Conception of Litte Dizzle, and Snow.

Here is the list of awards that were announced:

Grand Jury Prize
The Other Bank, directed by George Ovashvili (Georgia/Kazakhstan, 2009)
Jury Statement: We give our prize to The Other Bank. It is a picaresque narrative with a powerful mise-en-scÃ¨ne and an exceptional skill in addressing a complex post-war situation through a remarkable character incarnated by a 12-year-old nonprofessional.

Grand Jury Prize
talhotblond, directed by Barbara Schroeder (USA, 2009)
Jury Statement: Because it tells a shocking, true crime story that reveals the Internet’s power to unleash our most dangerous fantasies.

Narrative Grand Jury Prize
Short Term 12, directed by Destin Daniel Cretton, USA
Jury Statement: For its raw and honest depiction of life in a teen detention center, which blurs the lines between caretaker and patient, through exceptionally written characters, humorous dialogue, and a captivating sense of immediacy.

Documentary Grand Jury Prize
The Herd, directed by Ken Wardrop, Ireland
Jury Statement: For its unflinching portrayal of interspecies bonding and its celebration of hopping.

WaveMaker Award for Excellence in Youth Filmmaking
A Generation of Consolidation, directed by Samantha Muilenberg
Jury Statement: For its technical precision in depicting motivated youth who exercise more bravery than most adults.

Special Jury Award
If U Want 2 Get Technical, directed by Riaebia Robinson
Jury Statement: for its timely and important subject matter portrayed with exceptional familial intimacy.

Youth Jury Award for Best FutureWave Feature
My Suicide, directed by David Lee Miller
Jury Statement: For its ability to bring an issue clouded by controversy bravely into focus for a breadth of audiences through exceptional editing and organic character progression.

Special Jury Award
Sounds Like Teen Spirit, directed by Jamie J. Johnson
Jury Statement: For excellence in capturing the universal experience of young adults discovering their place in the world.