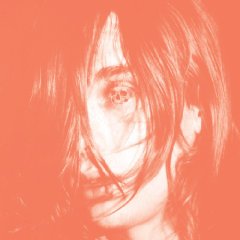 Chermelle Edwards (Writer/ World foosball champion): The sound of these Georgia locals on â€œIt Never Stopsâ€ is a credit to the ambient punk scene. The vocals of lead singer (Bradford) Cox, immediately arrests your attention. His sweet purring energizes a beat as persistent as the songâ€™s unrelenting chords. It seems as if the melody has gone through an audio strainer. The result is three minutes of sound that youâ€™ll want to play on loop.
4/5

Nathan Lind (Writer/Editor/ Celebrity Rehab failure): Great pop tune. I’ve heard their records can be hit or miss as far as how accessible they can be, but when Deerhunter is on, they’re gold.Â  I love the pause after singer Bradford Cox says ‘Never Stops’ near the end of the song. It might be just me, but I dig the little things, I guess.Â
4/5

Mackenzie McAninch (E.I.C./ Whipping post): The guitar pickings bring â€œEvery Breath You Takeâ€ by the Police to mind, but that is easily over-shadowed by the nine million sounds that are happening in this tune. Basic metronome beats laced in pop song structure. I would imagine this song is a blast to hear live in concert as the end of it could be extended for five minutes and the improvisation could be endless. But Iâ€™ll settle for this version for now.
3.5/5

Mars Simpson (Writer/ Currently on parole): Bradford Cox knows how to speak to the despair and disillusionment of a generation. â€œWinter, in my heart, it never stopsâ€ comes the refrain of â€œNever Stopsâ€ before Coxâ€™s vocals are buried behind a wall of woozy, hazy guitar distortion. Borrowing a trick or two from the pedal-heavy, effects-driven gauze of early 90s shoegazers, Deerhunter imagine a world in which despair is only beaten back by submitting to the awesome squall of rock musicâ€™s cathartic grace. In a word, revelatory.
5/5
Hank Williams III – Stoned & Alone
Album: Damn Right, Rebel Proud 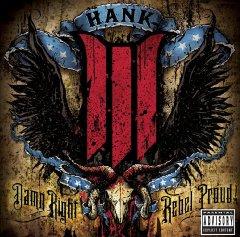 M.S.: Dive bar divine, â€œStoned & Aloneâ€ musters self-loathing as only Hank III knows how: on a dusty track headed for Nowhere, population, 1. The only thing more lonesome than the melancholy slide guitar is Williamâ€™s no-nonsense drawl. It may be country, but at least itsâ€™ real country; gritty, soul-bared. Emotional paydirt.
4/5
C.E.: Country music is definitely in the blood of Hank, the third in a line of paternal Williamsâ€™ singer. This traditional country tune and slow instrumentation shows that talent hasnâ€™t escaped him. Yet, â€œStoned and Aloneâ€ feels like a suicide note set to music. If I was suicidal, I guess Iâ€™d have a song for the soundtrack of my life. Otherwise, stop the music and play something I can kick my boots to.
1/5
M.M.: Hank the 3rd started out his career rebelling from his â€œfamily traditionâ€ by being a punk rockinâ€™ metal head. Either the failure of that career or the longing to get back to the family tree has him singing rock-a-country now. He tones down the rock-a-billy in this song to eerily resemble his late grandfather Hank Williams.

His vocals seemingly have the mix of nose-holding and cigarette puffing, mixed with that southern drawl. I can just picture him sitting by a fireplace with a bottle in hand as he wrote â€œIâ€™ve been surrounded by whores and thieves/ that was always tryinâ€™ to get the best of me.â€ Then when he sings â€œWell Iâ€™m stoned and aloneâ€ in a deep baritone, the Hank the 3rd touch has officially been placed.
3.5/5

N.L.: Truth be told, this is the first HWIII song I’ve ever heard. I’m surprised to hear he sounds a lot like his famous Grandfather with the twang and subject manner. There’s definitely a retro feel to this one in terms of country music. I like this stuff more than whatever passes for ‘country’ these days; I don’t know if that’s because this feels more authentic, or that today’s mainstream country music sounds like the WWE. All show, no substance. This is a great tune to help get through a breakup.Â
4/5
John Legend â€“ I Love, You Love
Album: Evolver 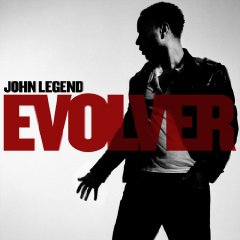 M.M.: You mix this with about four glasses of a good red wine, and presto! The force of gravity has its way with panties. While I appreciate the cool and smooth touch of Legendâ€™s voice, the high-pitched â€œawhlâ€ sound is overplayed a little here. He does remind me of a black Jamie Cullum though, which isnâ€™t a bad thing.
2.5/5

M.S.: Legendâ€™s voice has a timeless elegance, soulful, though not too saccharine. But the only thing I think of when listening to â€œI Love, You Loveâ€ is seventh-grade slow dance; a sort of obligatory make-out track. Itâ€™s hard to shake the image of awkwardly clutched pre-pubescents garnering half-wood to the sound of Legendâ€™s soft croon. Alas Iâ€™ll try.
2/5

N.L.: My favorite John Legend tunes are the ones which are deeper cuts on the albums (‘Stay With You,’ ‘Show Me’). Unfortunately, this one doesn’t do much for me. It just kind of clunks along with no steady beat to support the crooning falsetto and light-rock guitar. I don’t want to say Legend is phoning it in here, but I would recommend other tunes to hear before this one.Â
2/5

C.E.:Â  Itâ€™s not surprising that songs with soul are full of love stories and promises. â€œI Love, You Loveâ€ doesnâ€™t break that mold, which is why this single is rhythm and blues at its finest. Legend offers a cameo of vocals â€“ deep and falsetto – over an electric guitar that punctuates his lyrics. The pairing soothes an undisputed attempt to soothe an undisputed wound. The hypnotic chorus begs for love and another listen.Â
4/5
The Tallest Man On Earth – The Gardener
Album: Shallow Grave 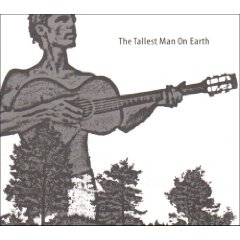 N.L.: Who knew old-timey folk music could come from Sweden? This one has sort of a timeless feel to it because of the chord structure and general melody, but I’m not sure it’s failing to stick with me because of how similar it sounds to older, more classic material, or that his Swedish accent is affecting how I listen. I think it’s a good song, don’t get me wrong. But something tells me I’ll be forgetting about it within a year. Folk music can be disposable as much as pop music and not suffer in quality.Â
3.5/5

M.S.: Thereâ€™s something about a single acoustic guitar and a couple of chords strummed passionately that lends itself to singer-songwriter clichÃ©. Without the vocals, â€œThe Gardnerâ€ recalls some of Ryan Adamâ€™s most intimate (pretension-free), pre-Cardinals balladry, but Swede Kristian Matssonâ€™s gravelly warble sounds more like Clap Your Hands Say Yeah frontman Alec Ounsworth with a sore throat.
2.5/5

C.E.: The earnest lyrics on â€œThe Gardnerâ€ compliment a vigorous strumming hand by this Swedish talent. The melody has a feverish kick that will make a traveler tap on his mode of choice whether itâ€™s a steering wheel, subway rail or the armrest of a plane seat. The Tallest Man on Earthâ€™s shrill voice tells an eerie love story that beckons your ear. But, youâ€™ll want to listen.Â
5/5

M.M.: A Swedish Devandra Banhart drinking a lot of coffee while really focusing in on some acoustic Dylan and perhaps just a touch of Don McLean. Pretty crafty wearing his heart on his sleeve and intertwining it with lyrics literally involving a garden. No need for filler from a band here.
4/5