By Eafner On August 21, 2010
As we settle in for the end of festival season and absorb the last of the summer heat, those of us who’ve just returned from the Summer Meltdown are already feeling reinvigorated from the heat of MDX. This festival has come to be a favorite for many of us and the big ten year anniversary was as awesome as ever.  The energy and spirit of Meltdown was strong early on, with many more people arriving for Thursday night than past years. People showed up in droves and threw down their Meltdown best, from an incredible laser light show in the trees behind the late night tent (that I tagged the “Northern Lights Trees”), to costumes and flare of all kinds. Everyone was ready to melt down and everybody did. 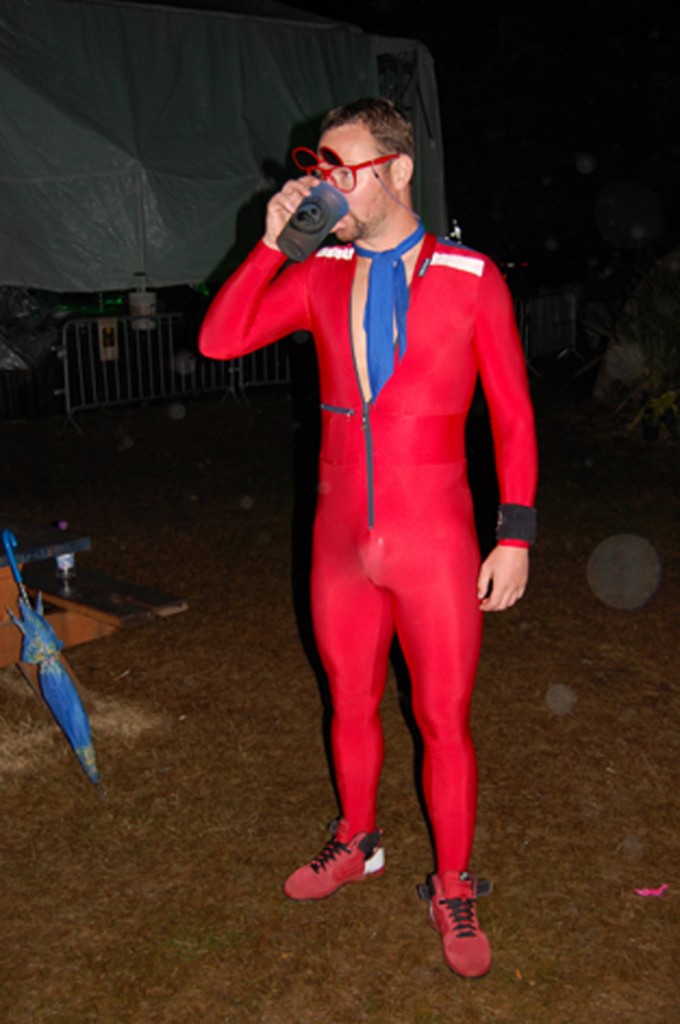 As always, huge kudos to Meltdown organizers and the Terra Roots crew who make it all happen every year. I don’t know how they manage to align the bands’ sets so perfectly with my needs year after year, but it always seems to flow just right. I’m not the only one who thinks so either; while waiting in line for a breakfast burrito, I overheard someone say, “This is perfect breakfast music. I love it!” This said about The Librarian’s who were about halfway through the first set of the day. I thought to myself, yeah, this is perfect breakfast music. Of course! It’s the Summer Meltdown. 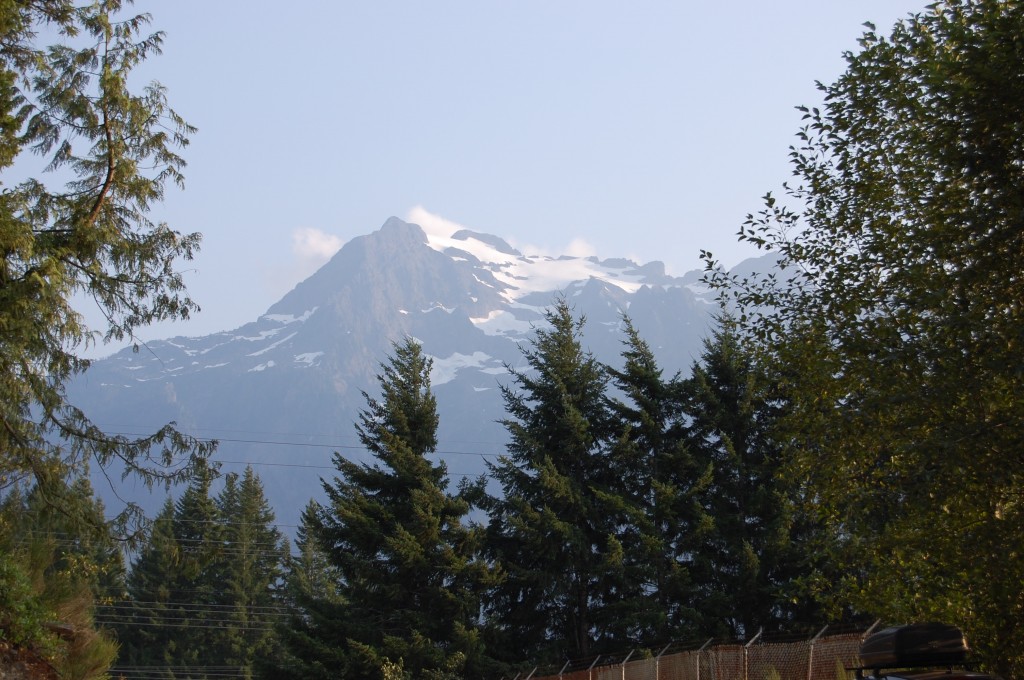 As testament to how much I enjoy the carefully planned soundtrack of Meltdown every year, and its innate coexistence with daily life for the four days we live there; I decided to make my recap also take the form of a soundtrack. Lucky for me, producer Robert Drew of Within Sound was hidden away all weekend in his R.V. recording rig, capturing every MDX set on the main, beer garden and late night stages. Most sets were available for purchase on Meltdown flashdrives at the Within Sound booth throughout the weekend. This little Meltdown perk was started last year and it’s perfect if you have to miss a band you really want to see, or just want to relive the countless mind-blowing sets that took place. It’s something you don’t often see at other festivals, nor will it be soon for Within Sound; Rob has been part of the Meltdown and Flowmotion family from the beginning, so this one’s just a labor of love. I think what he’s doing is great; it’s been quite a journey listening to each set for a second and third time. It brings back the permagrin every time. 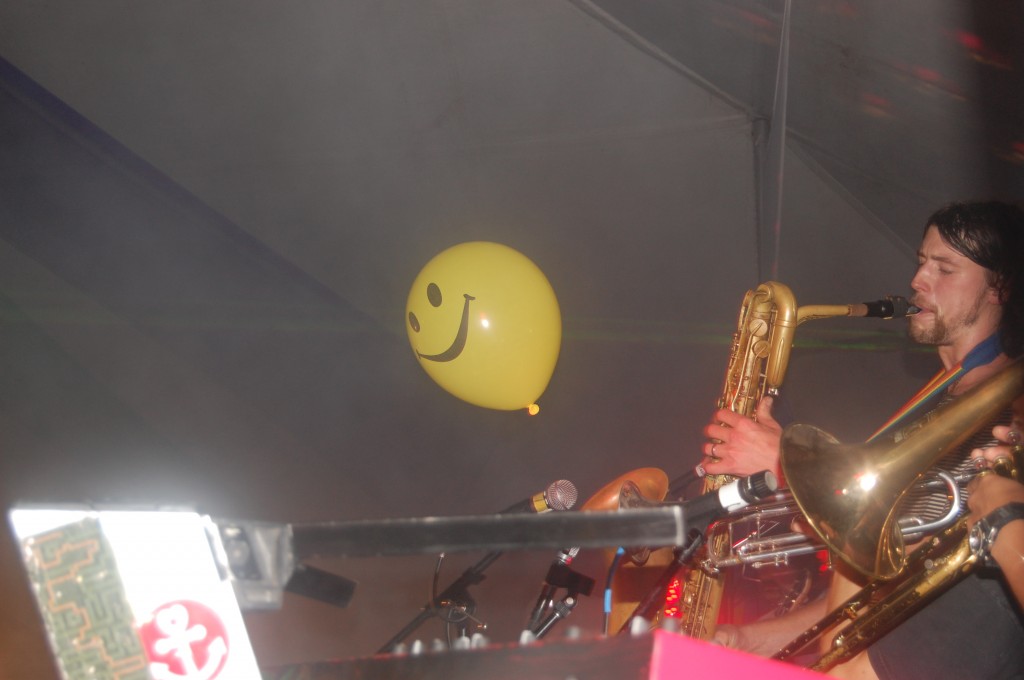 I created the MDX soundtrack with three criteria: 1) 12 bands; 2) never before featured on Randomville; 3) my favorite sets from the weekend. It was a little painstaking and song selections were really tough—Meltdown is packed with great music. As for song order, I arranged them in the order in which they played at Meltdown to test my theory of Meltdown’s brilliant flow of band scheduling. And just as I thought it might, it flows quite nicely (if you listen to the songs consecutively). Thanks to Meltdown and all the artists for another fantastic year!

EOTO [audio:http://randomville.com/wordpress/wp-content/uploads/2010/08/A-EOTO-5.mp3]The big show for the Thursday night kickoff was EOTO. The acronym stands for “End of Time Observatory;” Eoto is also a Japanese word meaning “good sound.” The duo (comprised of Michael Travis and Jason Hann, both previously of String Cheese Incident) create live electronic and dub-step all improvised. There’s no set list and no pre-recorded samples, so audience participation influences where they take the music. The two hour set sent the sizeable crowd into a dub-stepper’s paradise, all bouncing and shaking in unison to EOTO’s belly thumping whomp. 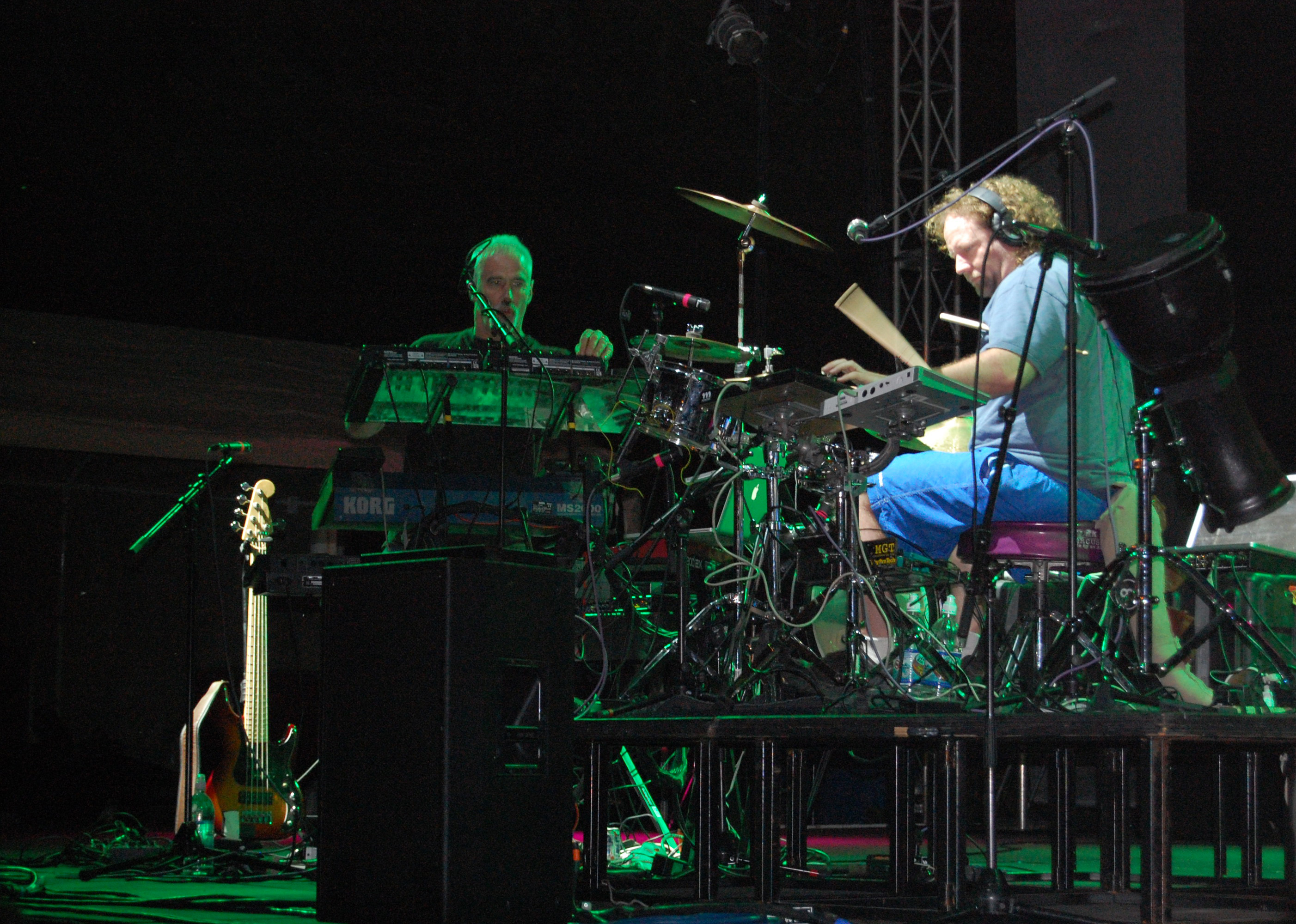 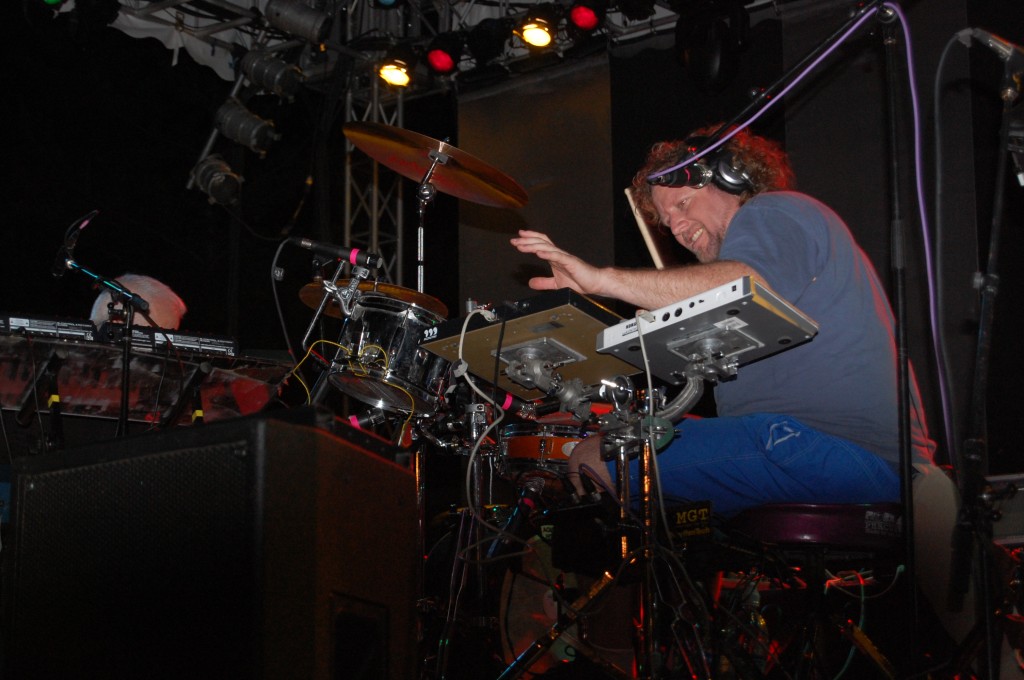 PUBLISH THE QUEST [audio:http://randomville.com/wordpress/wp-content/uploads/2010/08/E-Publish-The-Quest_04.mp3] Late Friday afternoon is when Publish the Quest hit the stage, also when I was busy helping the latest arrival at our camp get situated, so thanks to Sara Sloper for providing the additional photo on this one. Residing in Seattle, PTQ is a group full of multi-band musicians from the likes of Clinton Fearon, Picoso and Panda Conspiracy to name a few. This explains their multi-favored sound with hints of reggae, dashes of salsa, bits of blues and a whole lot of positive lyrical flow. Their music, intended to move both your mind and feet, did just that. 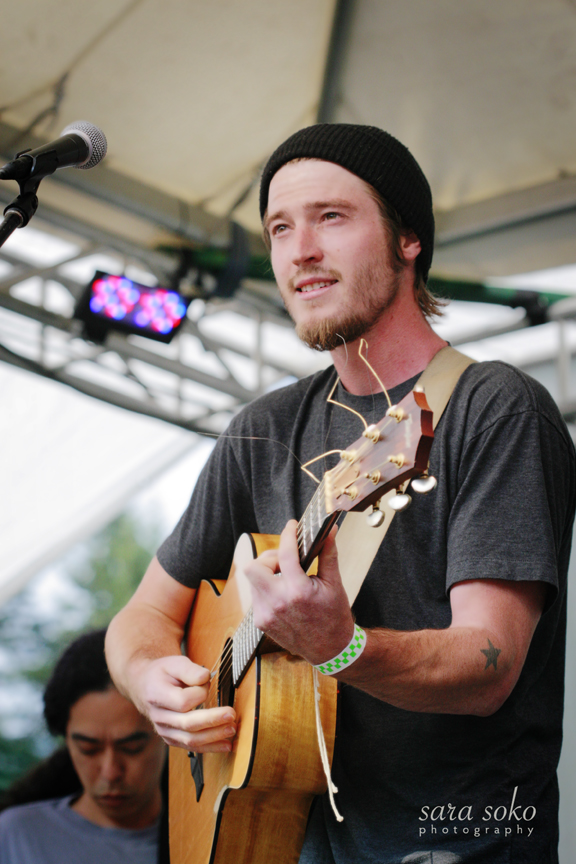 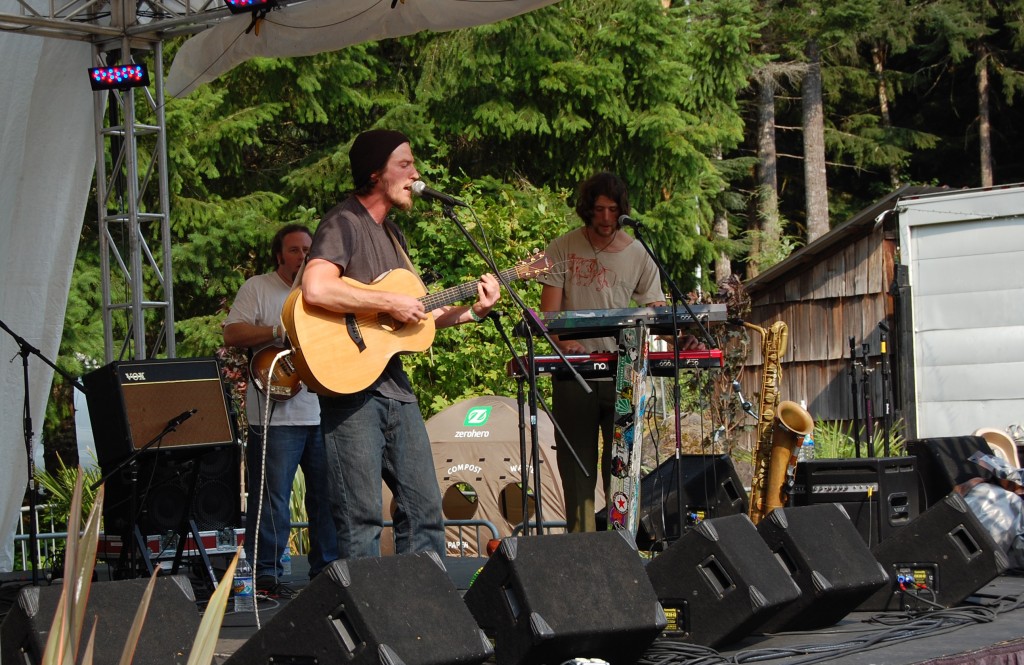 THE MUTAYTOR [audio:http://randomville.com/wordpress/wp-content/uploads/2010/08/F-Mutaytor_05.mp3] The Mutaytor kicked Friday night off in style. Hailing from Black Rock City, these cats reside in L.A. for the remaining 358 days of the year after Burning Man. Their set was an hour and 45 minutes of pure sensory overload (hence the number of photos). The music is a mash-up of rock, funk, electronic and punk with lots of drums and horns. Not only do they lay down an all out dance party, but they also have a troupe of performance ladies doing things like areal silks, fire spinning and sultry, hot dancing—a fabulous group of entertainers. 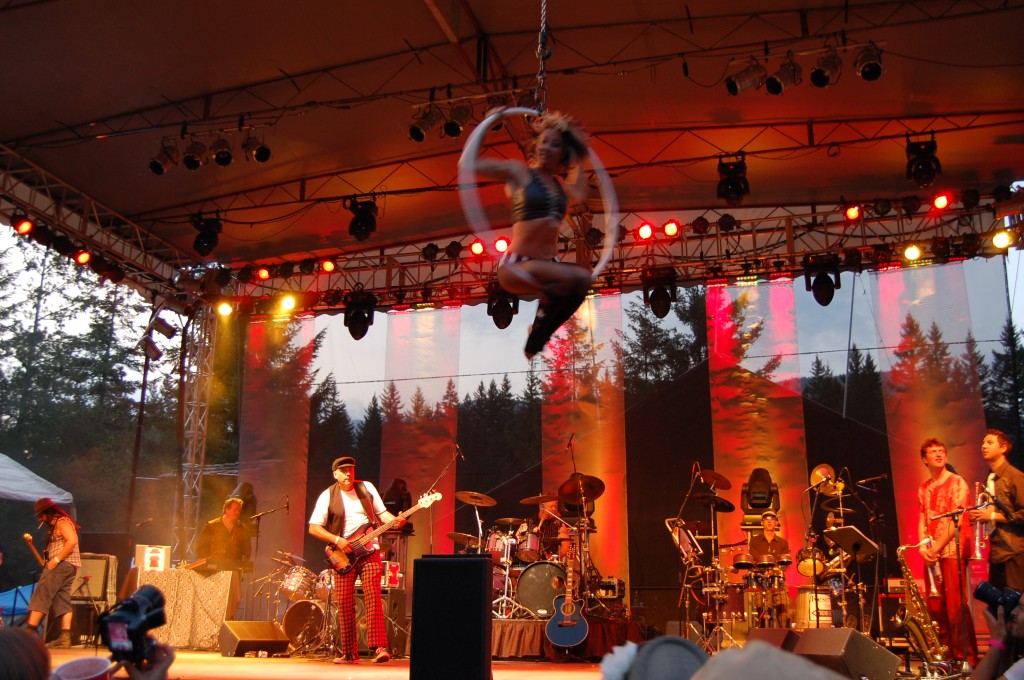 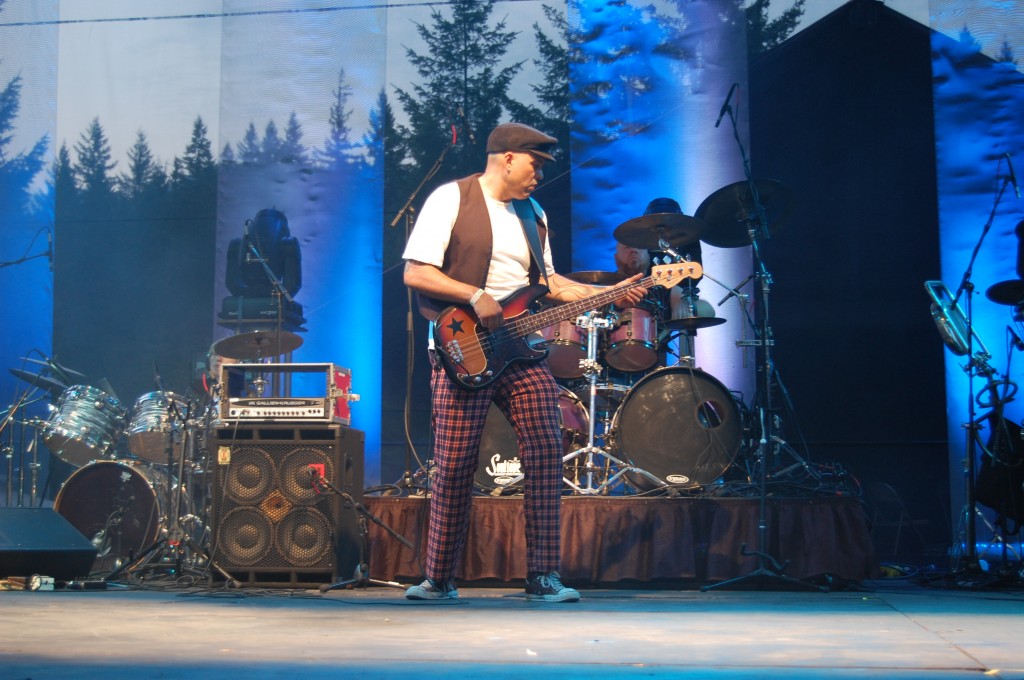 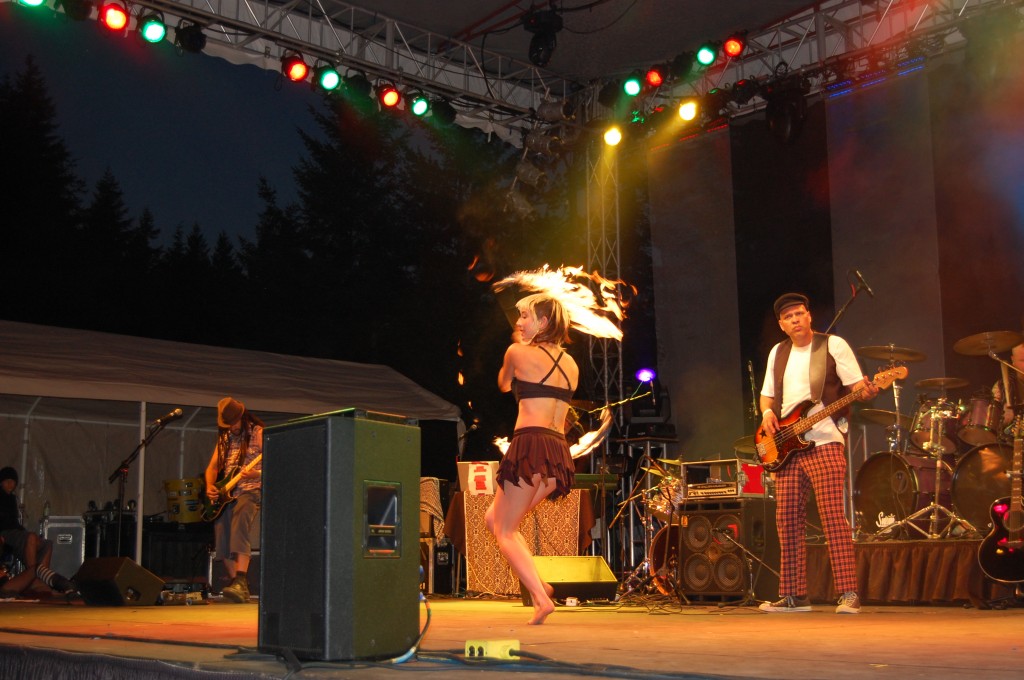 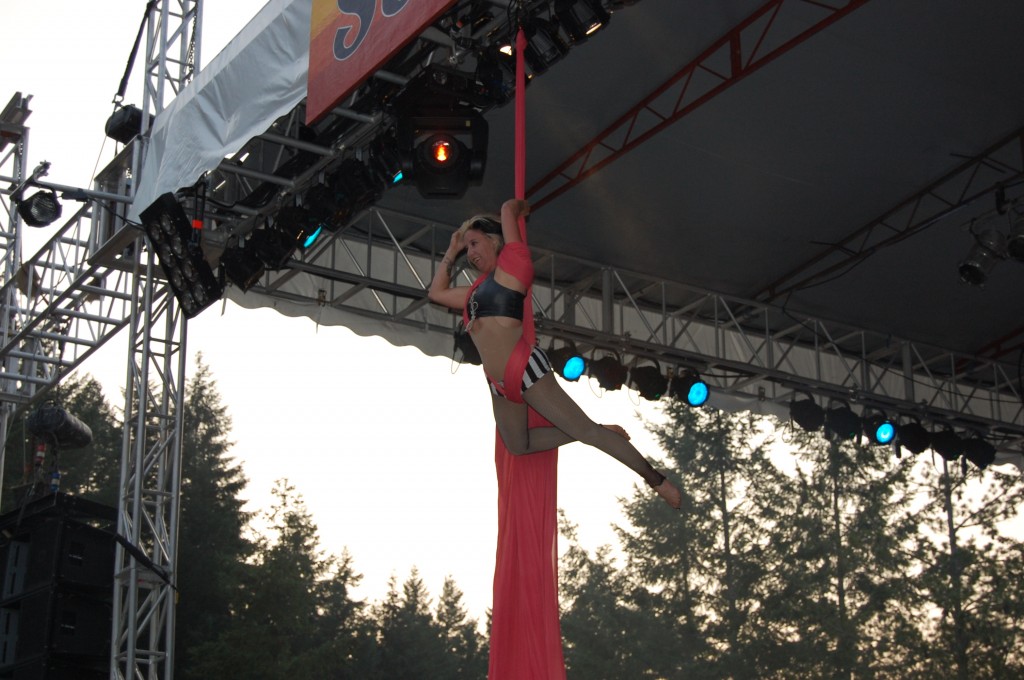 PRESIDENTS OF THE USA [audio:http://randomville.com/wordpress/wp-content/uploads/2010/08/G-Back-Porch.mp3] Following up The Mutaytor on the main stage, The Presidents kept the party stoked with a super high energy, two-hour set full of the hits we all know the words to like “Lump,” “Kitty” and “Peaches” as well as a few of their famed covers including my fave, “Video Killed the Radio Star.” Their signature cross between alt-rock and punk had the entire main stage bowl jumping around. The best part: they left the stage long enough for front man Chris Ballew to pee and fit a black bra over his t-shirt for the encore—sheer hilarity. 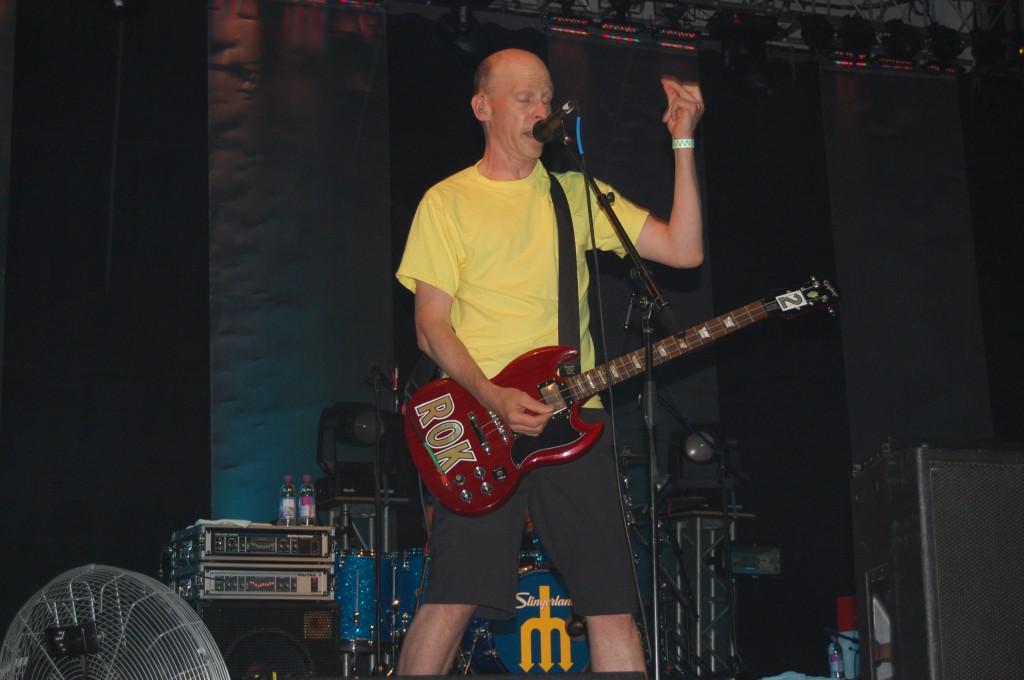 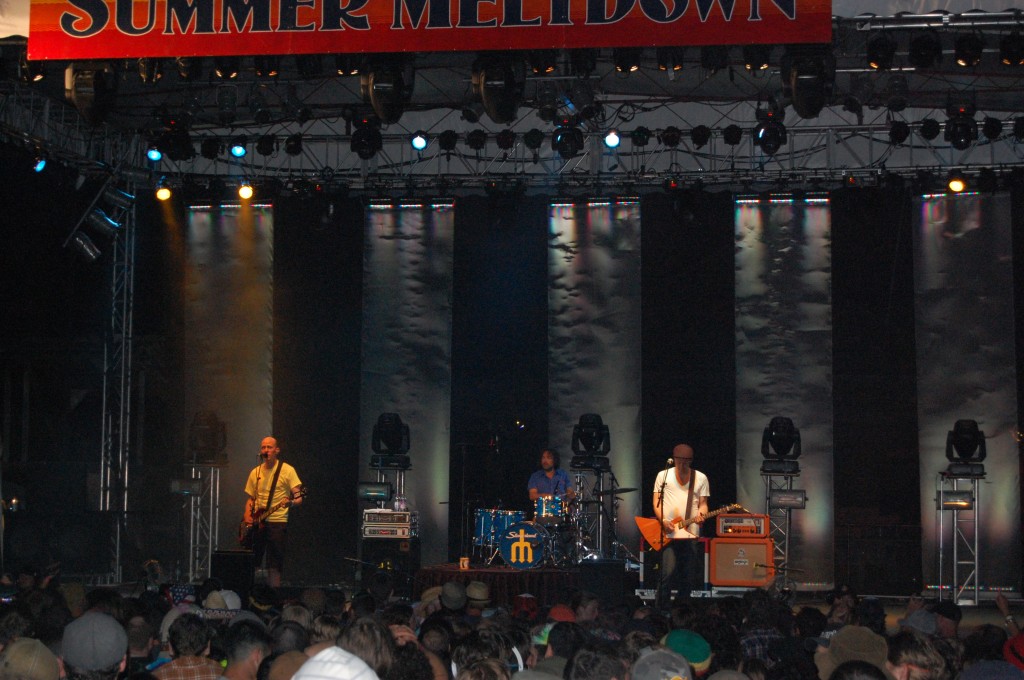 GROOVE PATROL [audio:http://randomville.com/wordpress/wp-content/uploads/2010/08/B-Groove-Patrol_02.mp3] This Spokane group opened up Saturday in the second slot—morning for most of us (band included), although it was past noon. They played a solid set, alternating from afro-beat, jazz and funk, with hard hitting horn lines featuring what alto-sax player and lead vocalist Paul Flores referred to as “some of the meanest horns around,” and I must agree. The hard funk spats and squawks of the harmonized horns section on the song “The Last Suppit” were so fast and precise that even the audience must have felt out of breath. That ain’t bad for just waking up; I have a feeling that if you see these guys after they’ve been awake for a few hours, they just might melt your face off. 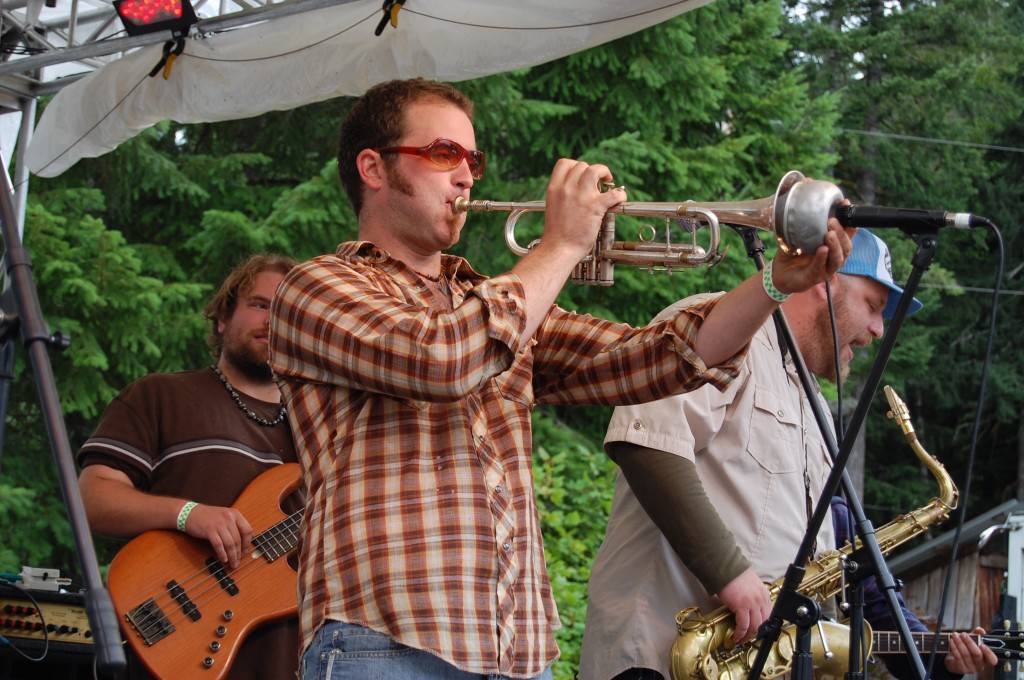 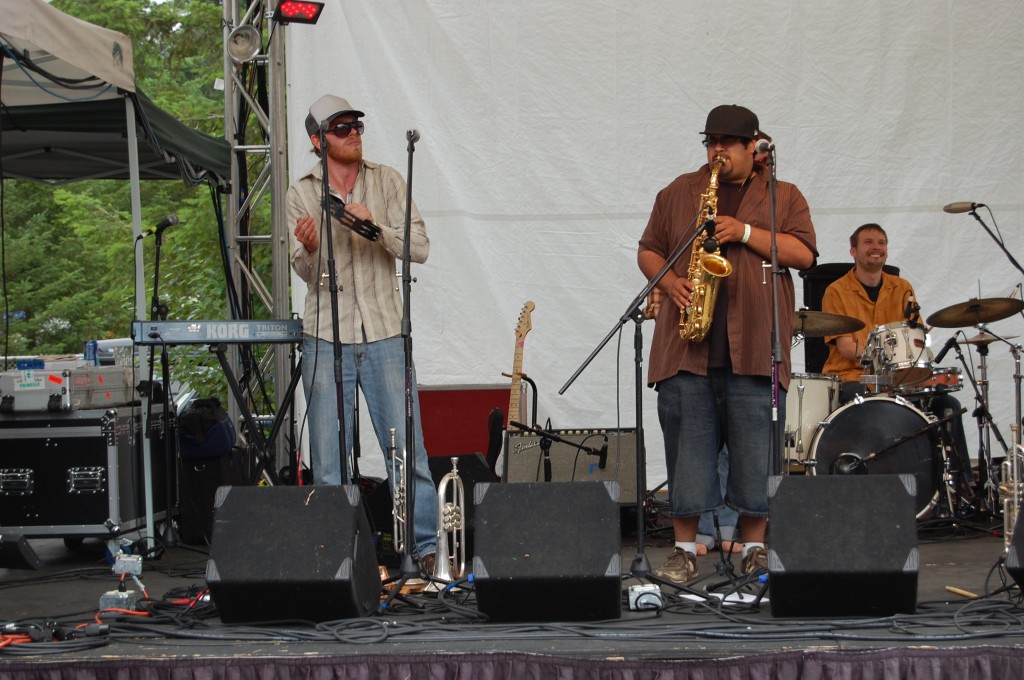 MANOOGHI HI [audio:http://randomville.com/wordpress/wp-content/uploads/2010/08/C-Manooghi-Hi_13.mp3] Manooghi Hi took the rainy slot on Saturday afternoon and folks popped up their umbrellas to enjoy the East-meets-West bhangra rock by this Seattle band. Lead singer Mehnaz Hoosein was a pop diva in India famous for her hit “Banoongi Mein,” before coming to the U.S. The band’s name was formed based on a mispronunciation of that song, marking the spry character of both the lead singer and the music. Littered with made up words she calls “Manooghi language” as well as Hindi, Punjabi, Persian and English, Manooghi Hi songs alternate from high octane rock riffs to down-tempo, Bollywood-infused trip-hop with further variations therein. 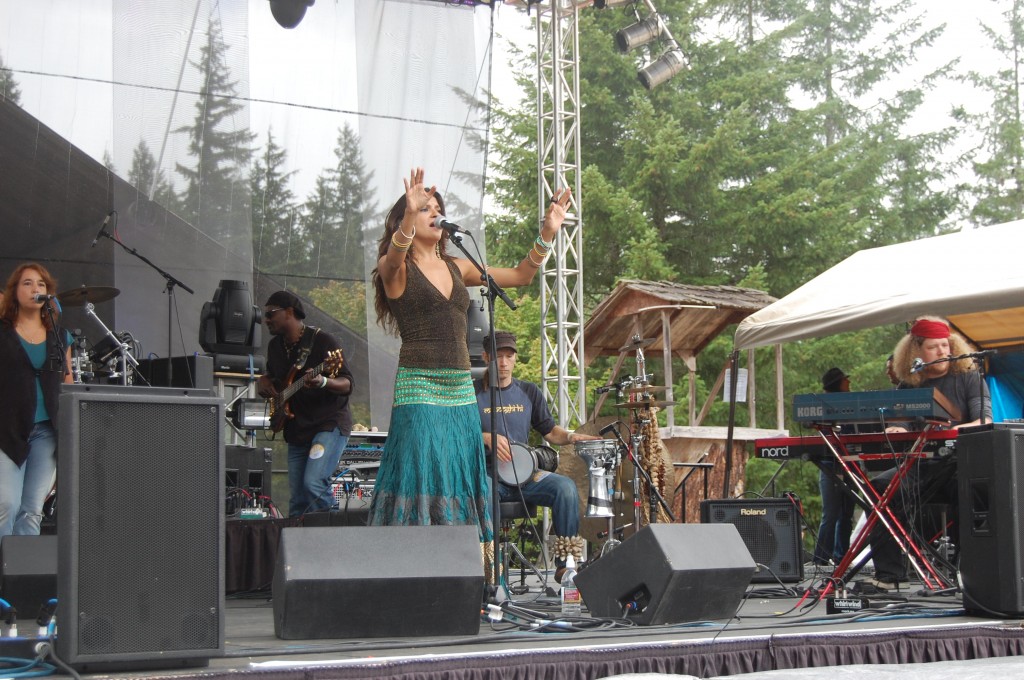 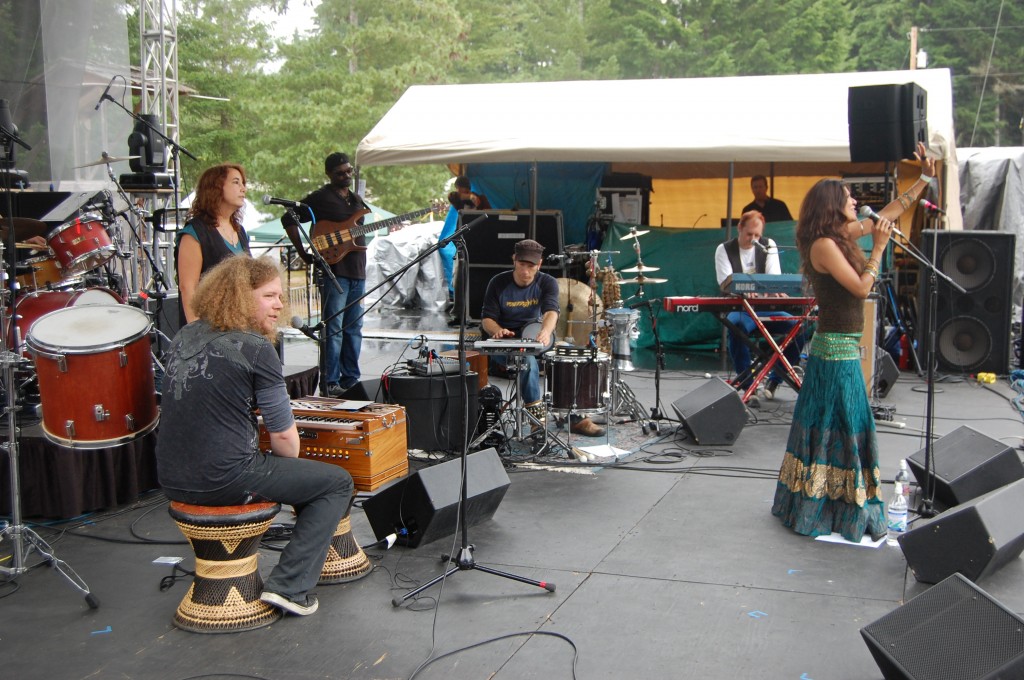 DELHI 2 DUBLIN [audio:http://randomville.com/wordpress/wp-content/uploads/2010/08/6-Laughing_Buddha.mp3|titles=6-Laughing_Buddha] This five piece group from Vancouver B.C. lit up the beer garden stage on Saturday night. Their high energy music blends electronic, Celtic, bhangra and reggae, with instrumentation including dhol, sitar, tabla and fiddle by “violinistextremist” Kytami. This woman shreds the fiddle like nobody I’ve seen before; she jumps around practically aerobicizing to the beats, meanwhile tearing up the strings—it’s awesome. A Delhi 2 Dublin set is an infectious dance party and global musical tour that leaves the audience dripping with sweat and hungry for more. 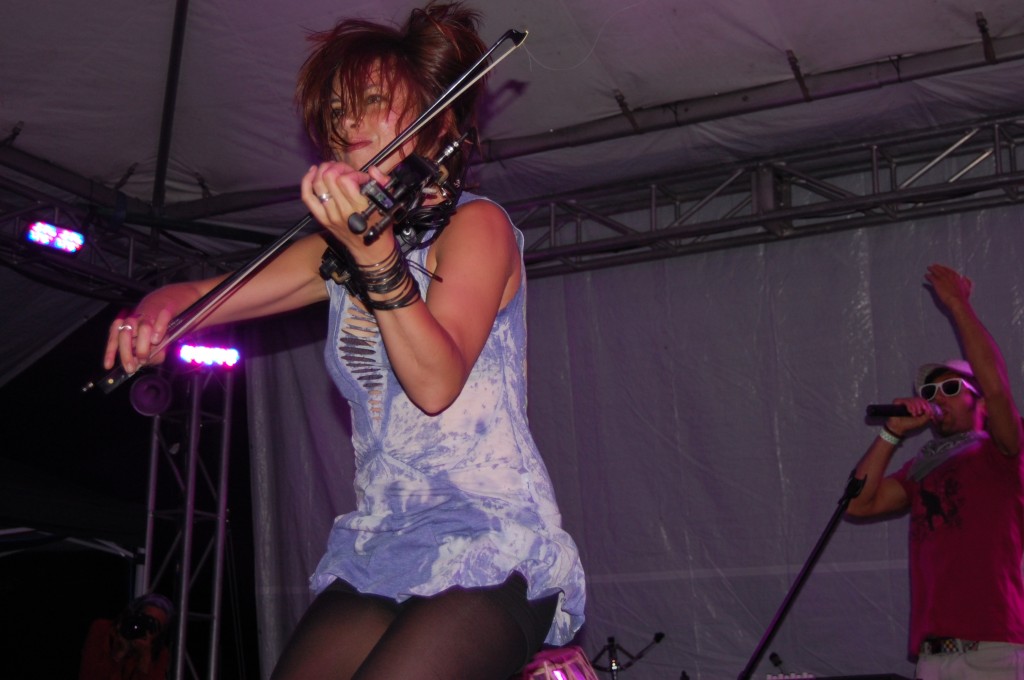 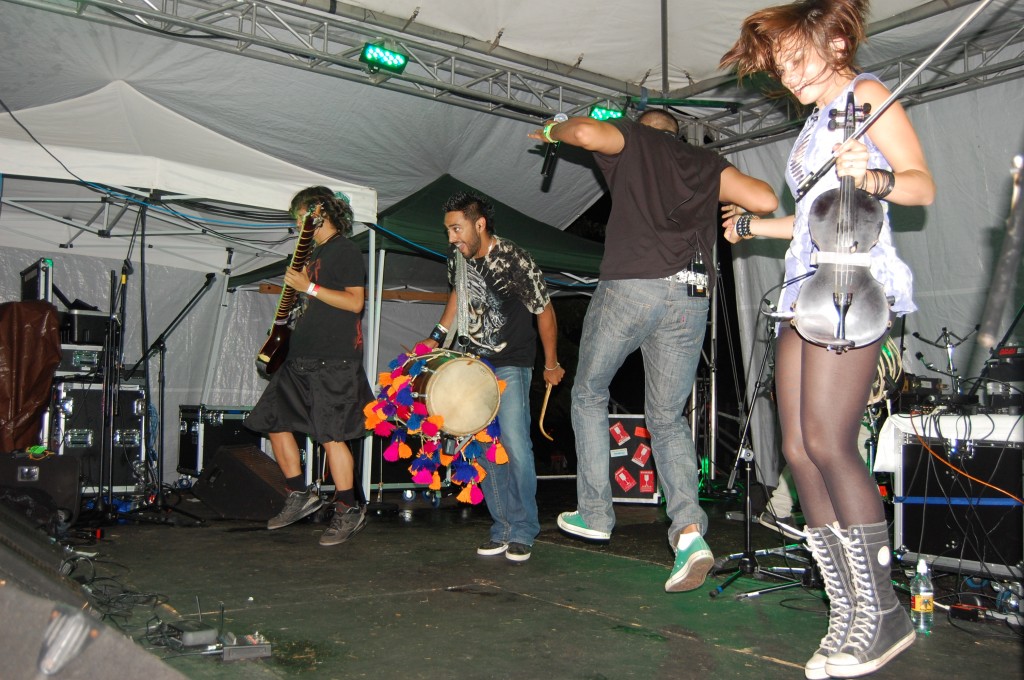 WISDOM [audio:http://randomville.com/wordpress/wp-content/uploads/2010/08/H-Light-To-This-Life.mp3] Taking the main stage on Sunday afternoon, Wisdom was just what Meltdown needed to get our pulses racing for the last day of the festival. Backed by hip-hop, reggae and dancehall beats laid down by DJ Skwint, Wisdom’s never-ending arsenal of conscious lyrics are positively charged with countless clever rhymes. His music is pure soul food that makes you think, dance and smile. Plus, at the end of his set he started the sickest freestyle flow, like a pro, off this guy in red glasses in the front row. 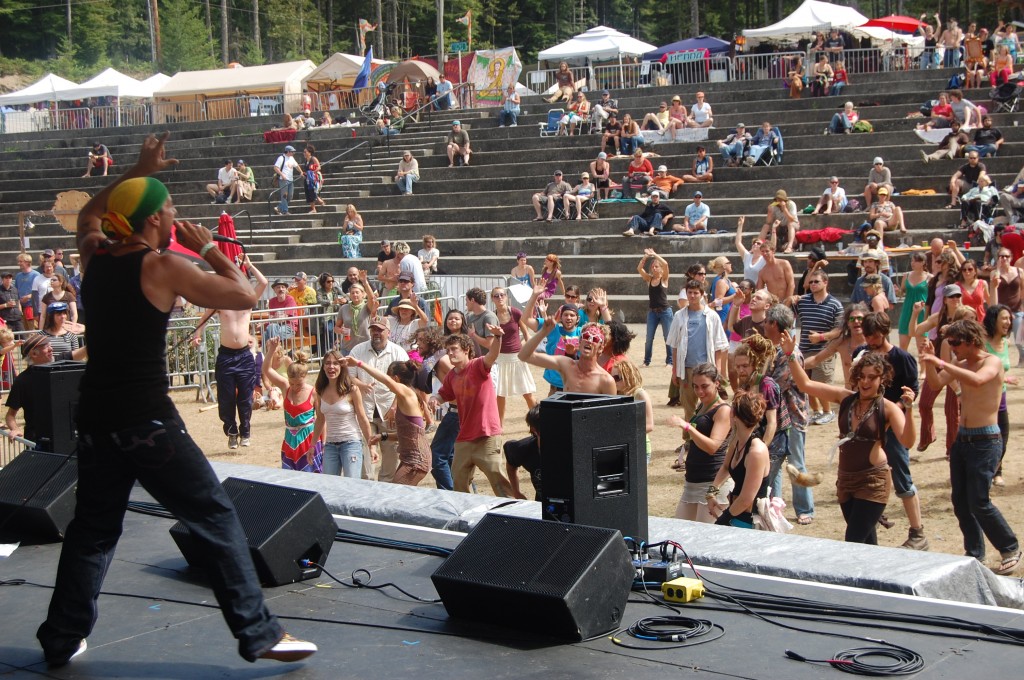 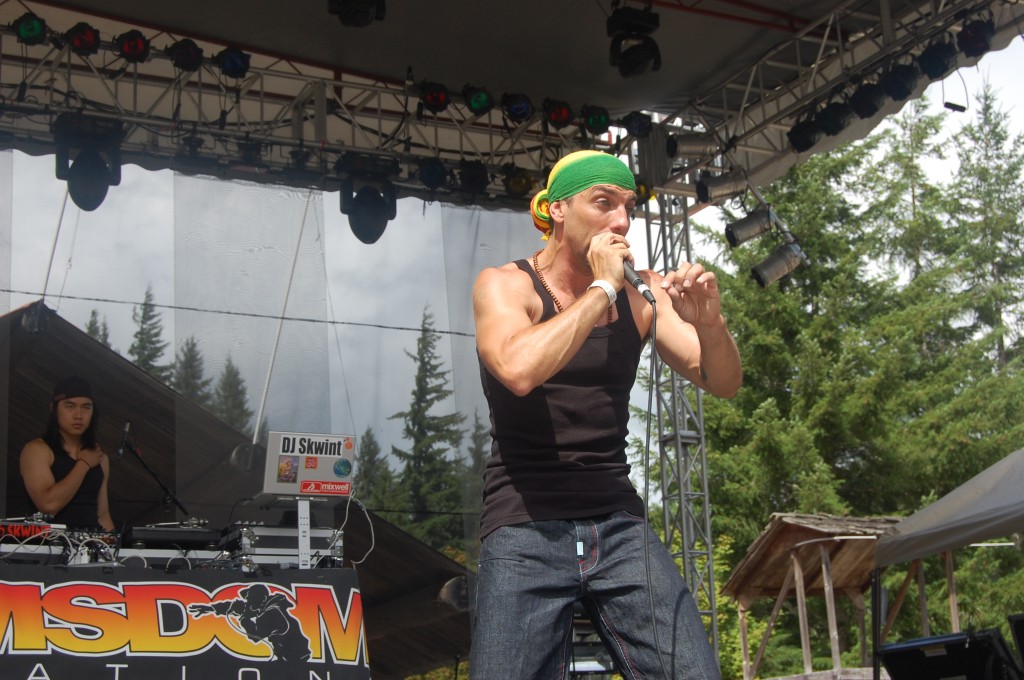 BEECRAFT [audio:http://randomville.com/wordpress/wp-content/uploads/2010/08/I-Beecraft_01.mp3] Recently reunited, Beecraft is a Seattle via Spokane band that has been making music together for close to 15 years in one form or another. Back in the mid-nineties, four of the band members played in a group called Mama’s Dogma before becoming Beecraft shortly thereafter. I’ve been grooving to them under both names, since way back then—thanks again for the relic CD’s Bob. Beecraft remain to be one of my favorite Seattle jam bands and with members that also crossover in Flowmotion, you know it’s good! 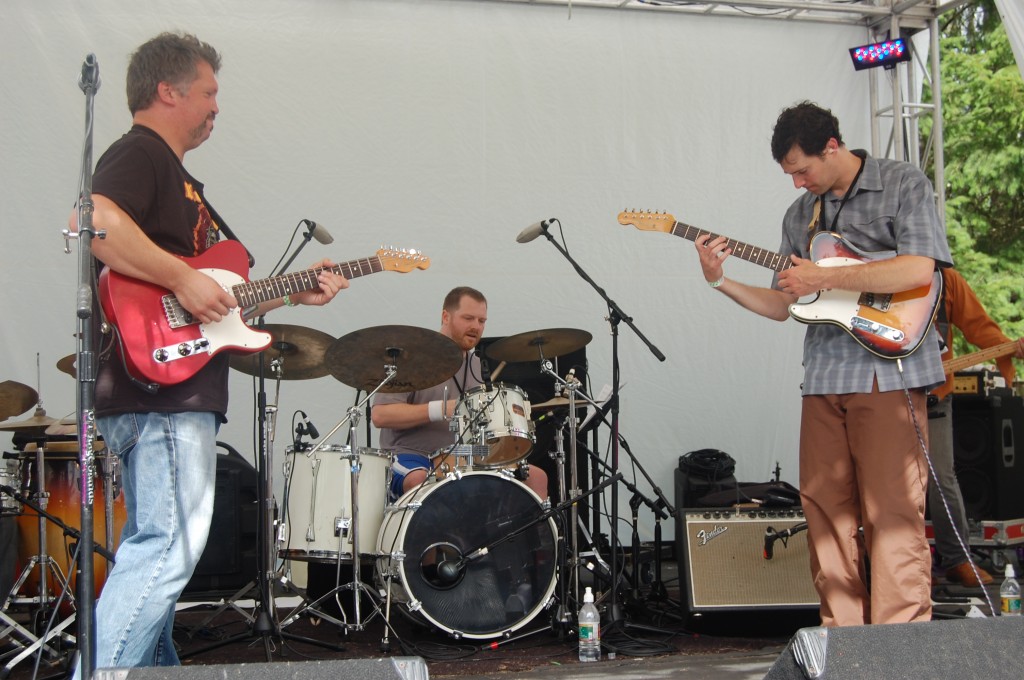 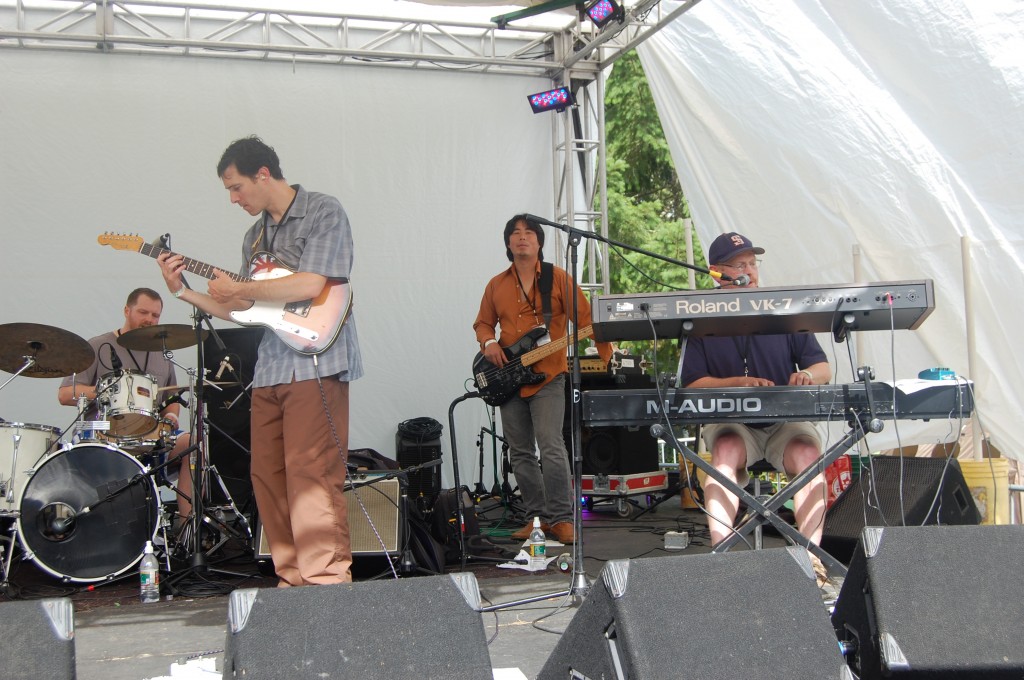 JOSH CLAUSON [audio:http://randomville.com/wordpress/wp-content/uploads/2010/08/J-Situation.mp3] Flowmotion frontman, Josh Clauson completed his first solo acoustic album recently, bringing together many longtime musical friends to record and also perform for us at Meltdown. The arrangement included ten musicians joining Josh on stage throughout the performance; among them were Rob Drew, RL Heyer and Geoffrey Castle. The more mellow sound of Josh’s solo project is much different than Flowmotion, exploring a lighter, rootsy, and acoustic side, rich with introspective, emotionally charged lyrics. Couple that with the host of talented string players that he’s brought together and the result is pure pleasure. 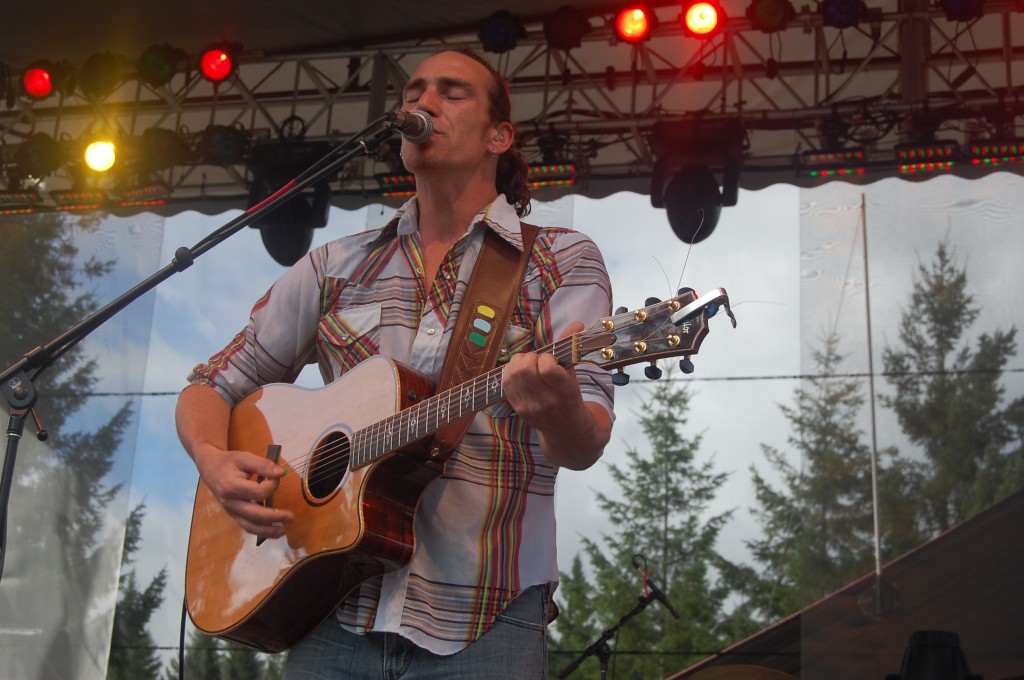 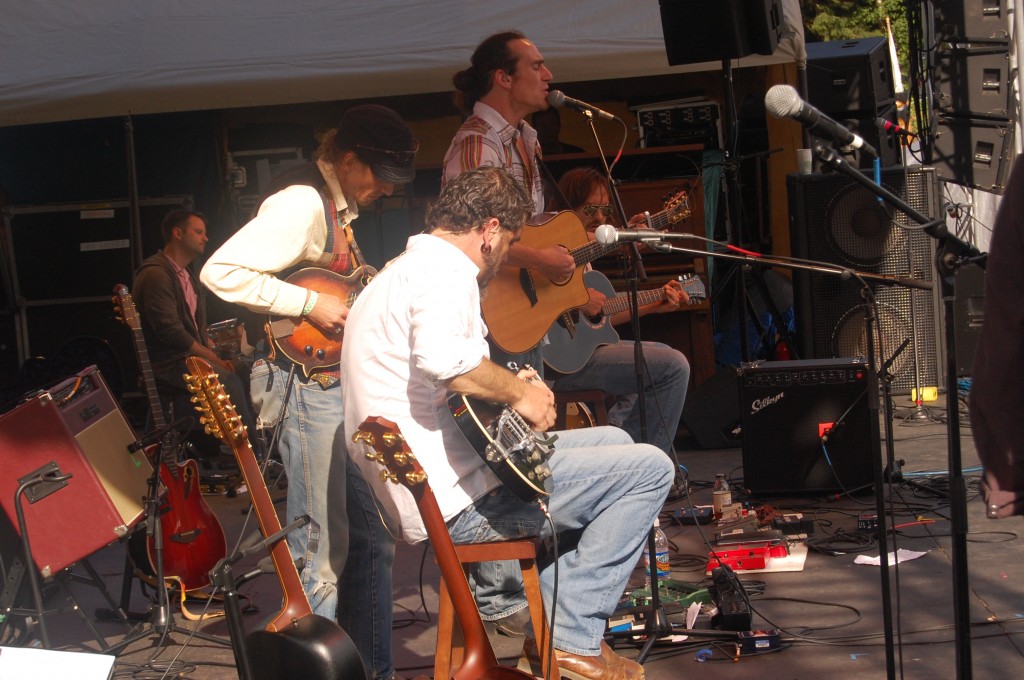 MCTUFF [audio:http://randomville.com/wordpress/wp-content/uploads/2010/08/K-McTuff_07.mp3] Based in Seattle, McTuff is Joe Doria’s Hammond B-3 brand of boogie with jazz, blues, gospel and funk flavors. The band features Andy Coe on guitar, D’Vonne Lewis on drums and Skerik on sax, although he wasn’t at Meltdown. Instead, Devin Phillips stood in with John Terpin also stepping in on trombone for a few songs too.  The solid grooves kept the crowd moving for the entire set. It was a great opener for Dumpstaphunk. 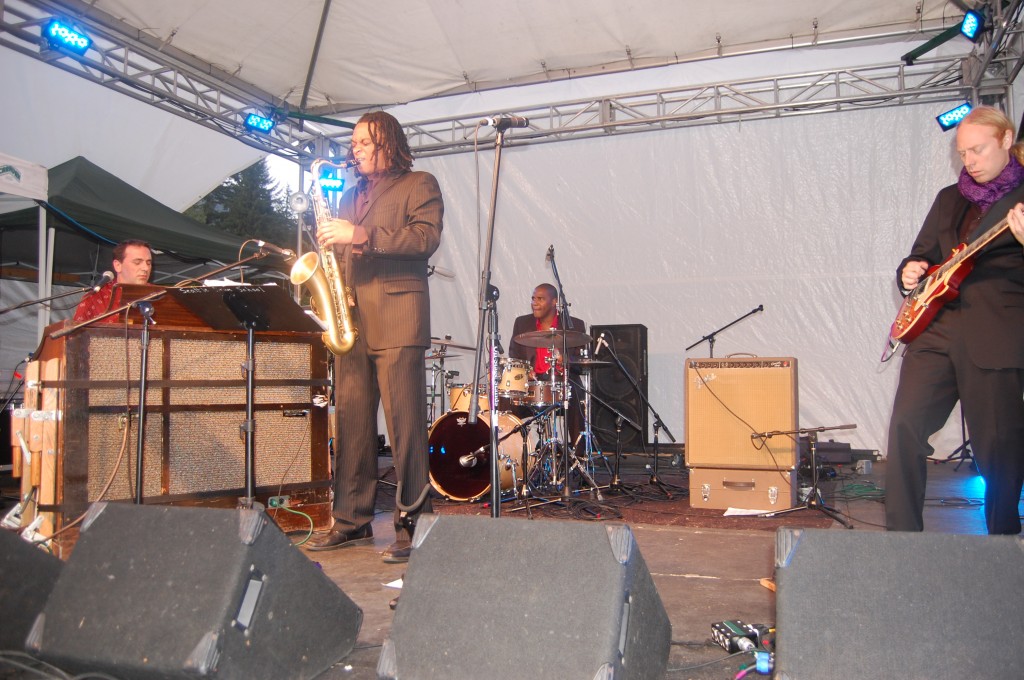 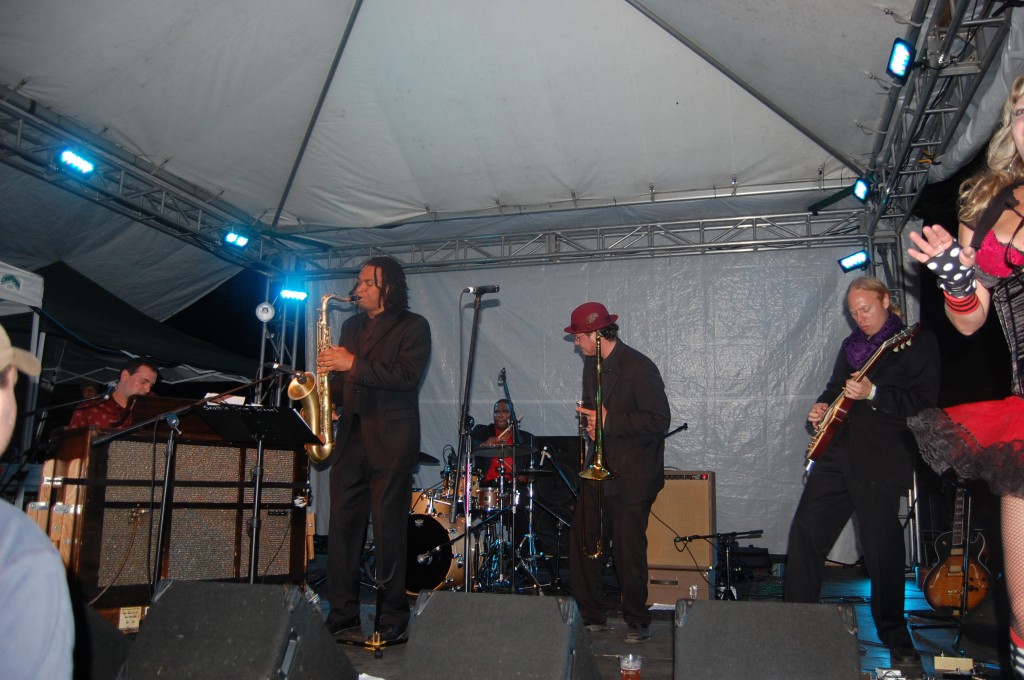 IVAN NEVILLE’S DUMPSTAPHUNK [audio:http://randomville.com/wordpress/wp-content/uploads/2010/08/L-Everybody-Wants-Some.mp3] Dumpstaphunk was the last main stage show on Sunday night and those New Orleans jammers really put the stank in Meltdown. With Nick Daniels (bass) and Ian Neville (guitar) of the Neville Brothers, combined with Raymond Weber (drums) of Dirty Dozen and Tony Hall (bass/guitar) of Dave Matthews and Friends, Ivan’s found the perfect recipe for some dirty dumpstaphunk. Their set was on fire with soul dribbling keys, funky bass hooks and greasy guitar riffs. It was some true get down for your get down. 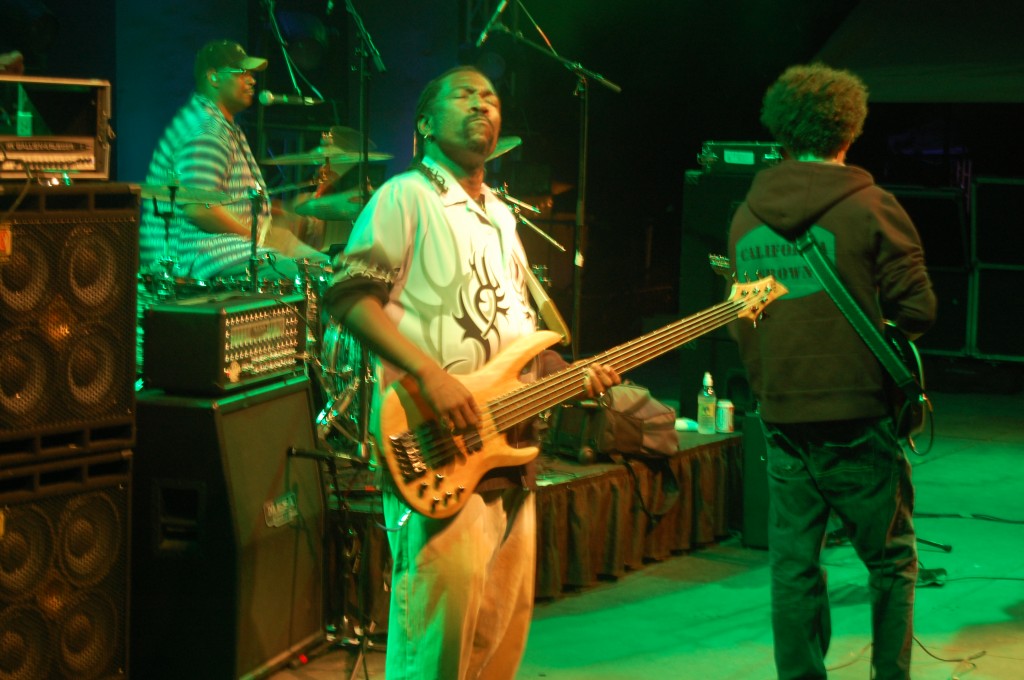 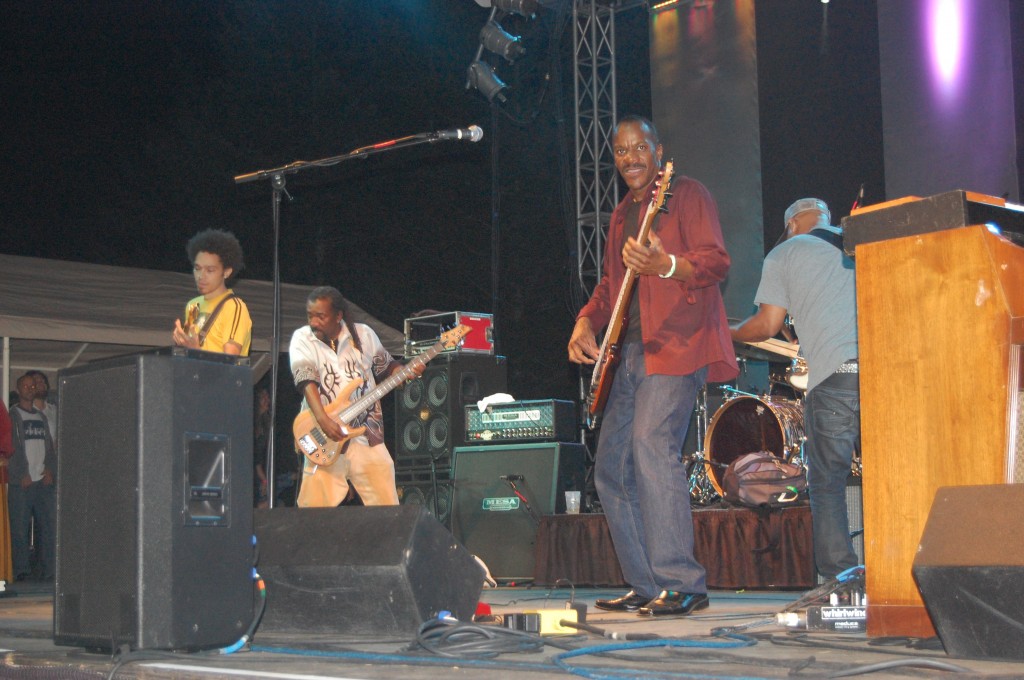