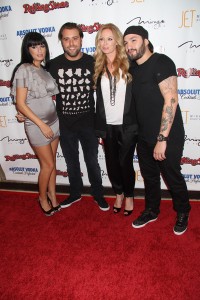 Anticipation for the tour has been building over the last several weeks as the group launched a website, www.onelasttour.com in order to announce their newest release which is a compilation of greatest hits and to also announce the upcoming tour for which we will list the dates below.  The tour dates have gaps in between them and its certain that they will add more dates, its just unknown as to whether or not they will be in the current cities or in new ones.  Included in the announced cities are San Francisco at Bill Graham Auditorium, Los Angeles, Chicago and 2 shows in New York, one of which will be at Madison Square Garden and the other is at the new Barclays Center in Brooklyn.  The New York shows are on consecutive nights.