Television: The decade in review

So here we are, at the end of yet another decade. We figure that all of the other entertainment sources out there are going to have all of the “Best Of’s” for the past decade, but really, won’t they all have about the same answers anyway? Instead, Randomville is choosing to focus on what happened and how it happened this past decade. So this month we’ll be sporadically releasing stories reflecting on the past decade in music, film, comics, games and many other subjects in the entertainment industry.

So with that said, we decided to look to Mr. David Angeline to focus on the world of television in both the past decade, the present and the future. David has a Bachelors Degree in Broadcasting from the University of Cincinnati, and a Masters Degree in the Art of Teaching. He worked at WKRC-TV for eight years starting as a production assistant and ending as an Associate Producer and Field Producer for a local daily talk show that aired for about three years. He’s since been teaching Radio and Television Production for twenty years. 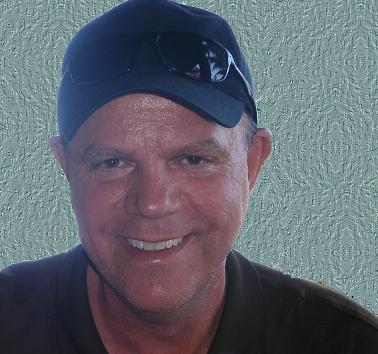 Randomville: What did you not see coming in the TV world ten years ago?

David Angeline: I was surprised at all the new portable devices that we can watch television or videos on anywhere we want. I saw a commercial with a little boy telling his dad he didn’t need help in the bathroom and then he goes in and shuts the door to watch TV on this small wireless device (I can’t remember the name). The i-Phone was a surprise too.

Rv: With a Slingbox account, you can watch TV on your computer, and lots of shows are computer only. Do you ever see a day where we won’t need televisions anymore?

DA: That’s definitely a possibility. I don’t see it happening within the next five years or so because there is still a huge percentage of the population in my age group or older that are confused by technology and therefore, wouldn’t use it. Also, there are people who don’t have a computer at home or can’t afford to pay to watch television, so until that can be addressed, I think over the air television will be around for a while.

Rv: When your career began, computers played a very small role in the world of television. How much difference has even the past ten years made it?

DA: When I started, most news and field production were shot on ¾” videotape. The editing process required two video decks…one for playback and one for recording the master edit tape. Effects and titles had to be added in the control room. Wipes and dissolves required A/B rolls and a trip to the control room to mix. Now everything is digital. You can transfer an hour of footage in less than five minutes. One person can add titles, wipes, dissolves and countless effects using a single computer.

Rv: Has the rise of computers made working in the industrial side of television easier or more difficult to find work?

DA: I think it’s probably had the same effect as it has on over the air and cable television. It’s made it less expensive to produce training videos by cutting down on personnel and equipment costs. If the editor’s computer is networked, the video can put on a shared drive and employees can view it any time without having to attend a meeting in the conference room.

As far as finding work, I think it’s become more of a free lance field since most companies that had video departments have done away with them due to cost reasons. A free lancer can find work that was traditionally done by a whole department.

Rv: What changes do you see happening in the future?

DA: I don’t think we’ll see any new networks. I could be wrong, but network viewership has been declining in recent years. I think we’ll probably see more made-for-the-web programs and possibly an all-news website that looks like CNN, only it won’t be on air.

Rv: We all know that newspapers are in distress, but do we really even need T.V. Guide anymore either?

DA: I don’t know if we need it any longer, but again, there is still a generation that grew up with it and still uses it. I see it dying out because cable services and satellite services all have on-screen guides that fulfill the same function as the written one offered by TV Guide.

Rv: Do you personally use a Tivo?

DA: No. My television viewing has actually decreased in the past few years. Network television tends to “copy” the success of each other. If it works on CBS, then ABC, NBC and the others follow suit. I got tired of the same formula with a different name being used. Also, there are only three people in our household and we have five televisions, so we don’t really “fight” to watch what we want.

Rv: So then what does a “TV guy” do with his spare time these days?

DA: Too much television is like still being at work! I still watch TV, just not as much. I’m on-line on Facebook and I read more than I used to. Also, my daughter is sixteen but she doesn’t drive. I chauffer her everywhere she needs to be. Believe it or not, while I like gadgets and technology, I really don’t use them that much at home.

Rv: Doesn’t the concept seem silly that a person will wait a half hour longer for a show to end so they can watch it at a later time and be able to skip through commercials? They’re not really saving time there.

DA: I agree. I think that as network viewership decreases, they will find a way to put the commercials in the shows to keep the advertising revenues. When I was very young, many shows were live and the host would simply start talking about a product. Commercials weren’t always a “break” from the show. I think that may come back but in a more subtle way to overcome the Tivo effect.

Rv: Commercials cost a lot of money. Do you really feel like they are still (or ever really were) productive resources for companies, and should they maybe abandon TV and look at places like the Internet to advertise instead?

DA: I think they have proven over time the tremendous affect that television has on selling products. Most of us remember jingles from commercials. That is not by accident. The advertiser meant for you to remember it and hopefully, buy the product.

I do see more advertising going to websites. I think that the reach isn’t as great as television’s because we generally go to very specific websites that are of interest to us. Commercial television attempts to find everybody at some point in the day while websites are geared for a very specific group. Therefore, the website’s potential audience is much less. However, you can target your advertising more easily on the internet to those who most likely would be interested in your product. I usually ignore the ads on websites and only pay attention to the information that I’m looking for.

Rv: Yes, but The Superbowl ads run a couple million dollars for about thirty seconds of air time. How is that profitable for a company?

DA: They may not pay off immediately, but I think they eventually do or advertisers wouldn’t pay such a high price. Remember, advertising is priced by the cost per thousand method, meaning how much does it cost per thousand of viewers? Last year’s game had an estimated audience of ninety-three million so it cost about ninety-three cents per one thousand viewers. Not a bad return for the money.

Rv: Reality TV was the king of television this decade. Do you think it’s still growing, at its peak, or slowly dwindling down?

DA: I think it will stick around for a while. It is relatively in-expensive to produce compared to dramas and situation comedies, so the networks count on it to help boost revenues. Like any fad, its day will come to an end. I have personally grown tired of it.

Rv: Why do you feel the boom of reality TV hit anyhow? We’ve always had game shows, which are sort of like reality TV.

DA: Well, I think it goes back to the huge boom in home computers and technology such as cell phones that enable us to take a picture or videotape every day events then put it on YouTube. We all secretly want our fifteen minutes of fame and we love to peak into other people’s lives, especially to see the “dirt.” Reality television is a natural extension of that. It’s important to remember that reality TV really isn’t all that “real.” It’s edited to make an argument look bigger than it was and the producers only show us what they think will bring in the biggest audience.

Rv: Oprah recently announced that she will be ending her talk show soon. How much of an impact do you see this to be?

DA: It could have a big impact on the local stations that carry her show. Many use it as an afternoon lead-in to their newscasts. Her audience carries over to their news programs. But like anything else, someone else will come along to take her place. It might be a while before the next “Oprah” arrives on the scene, but it will happen.

Rv: Yes, but we’ve never really seen another Ed Sullivan or Johnny Carson. I think Oprah’s impact will leave more of a mark than we may realize right now.

DA: I agree that no one really took their places, but then society’s tastes changed also. I remember growing up in Cincinnati watching and really liking all the local produced shows that were done here. Looking at them today, I think “did we really watch that?” So maybe there won’t be someone as big fame-wise as Oprah, but some other type of personality or show will come along. I think her impact has already been felt…look at all the minorities on television; we didn’t see that when I was a kid. Would Obama have been elected if she didn’t throw her support behind him? Maybe, but it didn’t hurt to have her backing him. Again, it might be a while, but someone will come along with something new.

Rv: It’s kind of difficult to talk about the past decade in TV and not mention Janet Jackson. Was that whole ordeal over blown?

DA: Definitely it was way over blown. I was at a party and everyone there missed it because it happened so quickly. If it was taped and not edited out of the program, then I could see the fuss. But this was live. What if Justin had accidentally ripped his pants while dancing and exposed himself on live television; could we really penalize him? While it might be shocking, would America blame him? Probably not, so a half a second glimpse of a nipple that most people saw on the Internet the next day anyway is not a big deal.

Rv: Well, once again it sounds like the Internet had a small impact there if that’s what people did the next day.

DA: You’re right. I think the “shock” on the part of the public was probably less also because of the things that one can see on the Internet.