While stuck in a prolonged day dream recently, I thought back to last May when Michelle and I went to Europe. It was designed to be one of those blockbuster vacations spent trapsing around England and the West Coast of Europe for two weeks. We were coming off of a rough Winter and the thought of spending time with friends, seeing some sights and immersing ourselves as much as possible in the local environs meant the world. But, that wasn’t the only reason I was excited. As it turned out, coinciding with our time there was the slated release of Spiritualized’s Songs in A&E, an album I was eager to get my ears into. For those who don’t know, if I wanted to waste any time dwelling on the bands that mean the most to me, Spiritualized would sit very close to the top of that list. In my mind’s eye, I thought of going to that grotty record store in Canterbury, the one that smells of piss, and walking out the proud new owner of that album.Â

If I was the type to carry a calendar, the release day would’ve been marked in red and highlighted, probably in yellow. Thankfully, I married my calendar (which isn’t the only reason I married her, but, let’s be honest, it is damned important). 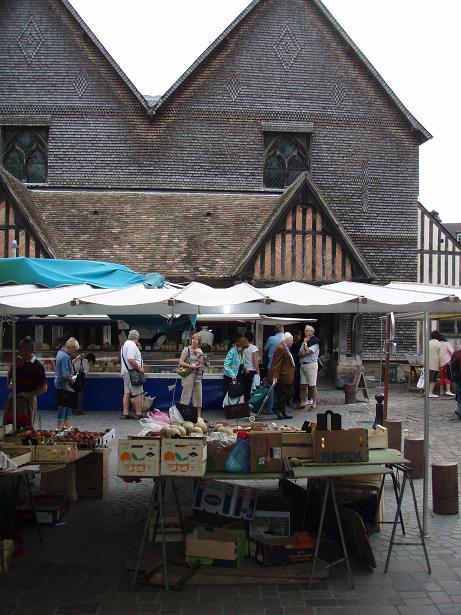 Sadly, however, the fates weren’t in my favor. It was either my lack of reading comprehension, the fact that I’m not the swiftest cat or a vast global conspiracy that contributed to the fact that I had misread the release date and the album would actually not be released until we hit the mainland of Europe, a week or so after our arrival in Gatwick. Or so that’s what the guy in the record store told me (More on this later. Probably much later).

Well, shit. But, I had already waited several years since the previous release, so what could a couple of days matter? During the rest of my time in the UK, I visited, among other places, record stores in Oxford and London and didn’t give the album a second thought. Sure, I bought yet another release of Sally Cinnamon and the Best of Shack album just for the two songs I’ve never heard, but I never even skimmed past the “SPR” section. “Why bother?” I thought. “Why even waste that time which would be better spent flipping through the “SHA” and “STO” sections in that store in Covent Garden?”

Once on the mainland of Europe, we began our travels in a moderately sized fishing village on France’s coast. It was the day the album was to be released, so I figured that with a bit of effort, I would be able to find a store selling it. I knew Michelle would be game because I’ve dragged that poor woman from the south side of Chicago to the Northside looking for that stupid Bluetones album and she never (out loud) complained once. It was an album I had not even heard a single note of, but was still prepared to drop $25 on it and spend aboutÂ ten hours and close toÂ eight miles of walking trying to locate based solely on a review in Select magazine. That review compared it favorably to the Stone Roses saying something along the lines of “if the Roses released Second Coming two years after their debut it would’ve sounded a lot like Expected to Fly.'”

Needless to say, Expect to Fly was not what Second Coming should’ve been, Mark Morris is no Ian Brown and Hounslow manages to make Manchester look like El Dorado. But, we had a grand time walking through random neighborhoods, drinking Old Style along the way and even bumping into Henry Rollins in one of the record stores.

So, we pull into Honfluer, France, expecting to see Le Musique de la Monde store within a block or two of the fish market or the pastry shop. But, as we saw the sights, after we climbed to the top of the French equivalent to Mt. Kilimanjaro, there at the top was a tiny church, nestled away in the woods. A carillon, with elaborately carved bells stood between the church and the cemetery. That church, that tiny church’s walls were covered in small, wooden models of fishing ships while lit candles with smoke rising to the saints lined the walls. The top of the hill overlooked the harbor and we were offered views of the world’s longest suspension bridge. We ate wonderfully fresh seafood in crowded sidewalk restaurants. We shared pastries containing, roughly, four pounds of butter per square inch, but no record store was found. 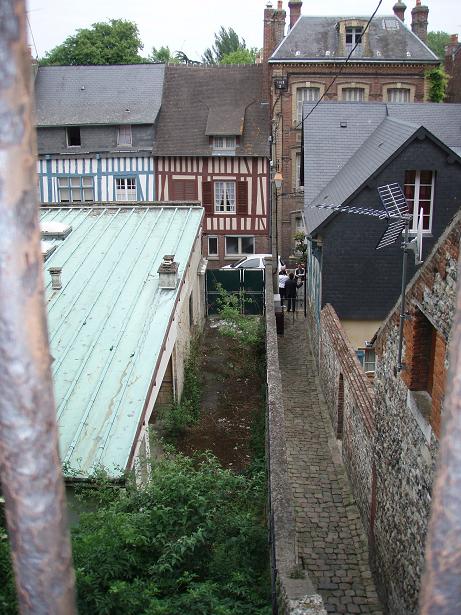 I guess I could’ve asked someone, but I left my Rick Steve’s phrasebook in the room and the only phrase I know by heart en Francais is “Je voudrais vin rouge, s’il vous plait,” (I’d like a glass of red wine, please) and that isn’t much good outside of a cafÃ© and certainly wouldn’t get me to a record store. Parenthetically, those Rick Steve’s phrasebooks are the whip. He’s a bit of a douche, but any man who will tell you how to ask for a dime bag (Je voudrais de l’herbe marijuana) or how to turn down an amorous advance by declaring you’re unclean (J’ai plusierurs maladies) in French as well as a dozen or so other languages, is alright by me.

I won’t say I was terribly disappointed, mainly because I wasn’t expecting all that much out of French record stores. After all, I thought, it took me days and visits to eighteen of the twenty arrondissements to find MC Solaar’s debut album. MC Solaar, he’s got to be France’s Johnny Cash, right, so why the scarcity? So, no Songs in A&E: but we were off to Antwerp the next day and, if I know anything about the Belgians, they know their beer, chocolate, frites and music, so I wasn’t too worried.

Keep checking back in the coming weeks for the next chapter in this story!!