It was almost ten years ago that I saw The Bouncing Souls play for the first time. It was in May of 2000 and they played at a venue called the Paradigm (formerly La Luna, Pine Street, etc.) in Portland, Oregon. The Dropkick Murphys and The Dwarves opened the show. I remember that my best friend had just ingested a large dose of Mini-Thins followed by a great deal of coffee and was making attempts to impress the rest of us by putting our hands on his chest so we could feel how fast his heart was beating. We were all still in high school working fast food jobs, and punk rock was a driving force behind so much of what we did in life. So influential to me, in fact, that just two years prior, I had watched Guttermouth play one of the rowdiest, most intense shows I’d ever seen up to that point, solidly confirming my theory that fun was more important than most anything else in life – especially responsibility. So, naturally, due to having lost a shoe somewhere in the crowd that night, I called McDonald’s the following day and let them know I wouldn’t be able to make it in to work – ever again.

It was that first time seeing The Bouncing Souls play that I found something a little deeper in the music I was listening to. Aside from the fast tempo and the punk rock style, there was something about their relaxed Jersey sound and Springsteen influence that took me further in to the music with an approach to life that was a little more laid back; recalling old times, but always moving forward and having fun. It’s an attitude that The Bouncing Souls have brought in to their lyrics since the beginning of their music. And now, twenty years later, they are still at it – singing about the good old days, friends and lovers past, and what lies ahead.

I arrived at Neumos about halfway through Long Island, New York band Bayside’s set. I have to admit, I’d never listened to Bayside before, but was relieved to hear a damn good collection of catchy power punk songs with plenty of gnarly guitar solos. The venue was packed with people already, and a good number of them, singing along, were obviously huge fans of Bayside. I slapped on my photo pass and waded in to the crowd. I snapped a few shots as Bayside launched in to “Roshambo,” a solid, crowd-moving number with vocals that brought to mind some kind of harmonized Smoking Popes and music similar to something NOFX might have composed on 1990’s Ribbed album, had they been in to shredding guitar solos at the time.

Interesting, and not bad at all. 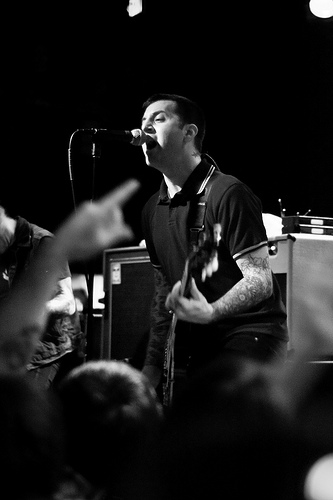 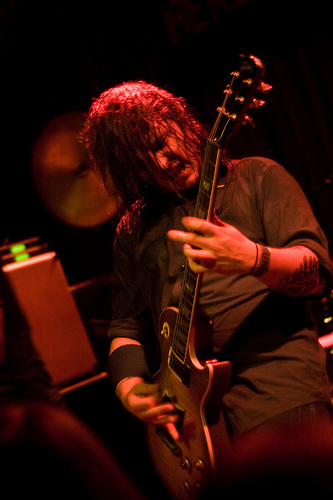 After Bayside, The Bouncing Souls took the stage. If anyone knows how to enter a stage properly, it’s The Bouncing Souls, and that’s probably because they are the only band with a song like “True Believers.” And the only band who can come on stage, immediately launch in to it, and have what seems like the entire crowd singing along right away – which is exactly what they did. Standing on top of a barstool near the far wall of the venue, I found myself singing along instead of shooting photos, nearly forgetting one of my main purposes for being there.

Kicking off the rest of what would be a set comprised mostly of classic Bouncing Souls songs, was “Private Radio,” another classic from the 2001 album, How I Spent My Summer Vacation. From there, the guys threw the set straight back in to 1997 with true Bouncing Souls style, playing “Say Anything” and then blasting directly in to “East Coast, Fuck You.” My barstool perch tilted threateningly on two of its four legs as the massive crowd pushed up against the wall, throwing out of focus all of my shots taken during the first four songs. 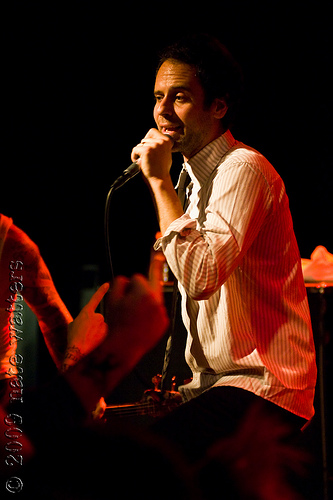 The Bouncing Souls are all about recalling the good times while moving ahead, and so they moved on from the old songs for a minute. Vocalist Greg Attonito picked up the trusty acoustic for the fifth song and played one of the twelve new songs released each month for the past year as part of The 20th Anniversary Series, an album celebrating the band’s twenty years together. The upbeat acoustic melody seemed to tame the crowd for a moment, as if to re-energize them for the fun that would follow. I used the moment to carefully balance myself on the barstool while repositioning my camera gear so I could take off my sweatshirt. My slightly higher elevation was somewhat of a disadvantage, as I’m pretty sure the crowd’s body heat was rising straight up to me, pulling every ounce of sweat out of my body as I merely stood in one spot.

Just as I was recovering from my mild heat stroke, the band and the crowd came back to life upon another stretch of older songs, picking up the tempo with “Born To Lose.” The song was immediately recognized by the crowd once they heard the first lone guitar chord giving a few seconds of feedback just before the song started, allowing everyone to start singing along right on point with Greg. The Bouncing Souls have performed “Born To Lose” each time I’ve seen them and Attonito’s presence on stage was every bit indicative of this. But not in a way that said, “I’ve sung this song a thousand times and I’m bored,” but as if to say, charismatically, “I’ve done this for 20 years and I’m going to relax and sing this in a way you’ve never heard before!” 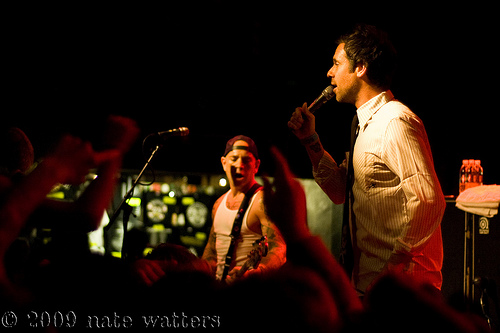 As I watched Bryan Kienlen hammering away on his bass, the worn paint on which is evidence of what I would guess is at least a solid twenty years of playing, I gave some thought to the devotion of a group of guys who have stuck together as a band for twenty years and what that must feel like. Together on the road for months at a time, months of practicing, writing, recording… Watching them play their set, it’s apparent that the members of The Bouncing Souls are great friends. If they aren’t great friends, then they do a damn fine job of pretending to be. Their personalities and comedic antics with each other on stage seemed to flow right down in to the audience throughout the entire show. It seems that it would only be possible for close friends to make music and write songs with lyrics with as real and honest an outlook on life as The Bouncing Souls have for the last two decades. 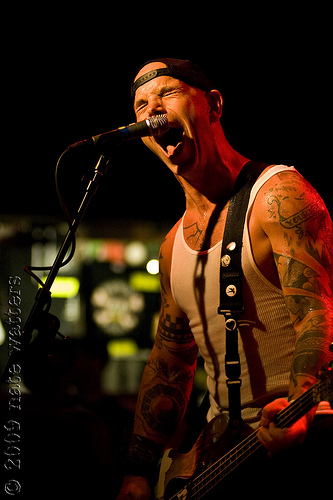 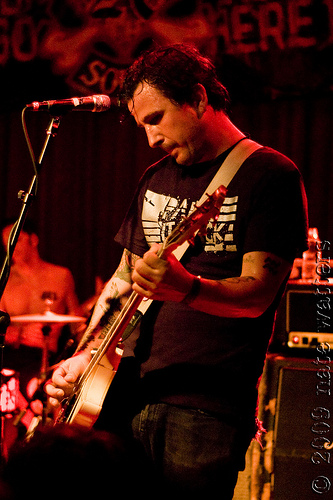 After leaving the stage and following relentless chants of “Ole!” from the crowd in the style of the old Spanish soccer chant (a tradition for their shows), The Bouncing Souls jumped back out on stage for a few more songs. They wrapped the night up with “Gone,” a song from 2001 about constructing your own set of beliefs and ideas by overcoming the negative influences that the world has to offer (“I built this cloud I can break it/The world can’t change how I feel/Because I know it’s a lie/My heart is real…”) It was the perfect song to end on, encapsulating the entire show in a swath of lyrics true to the Bouncing Souls credo. 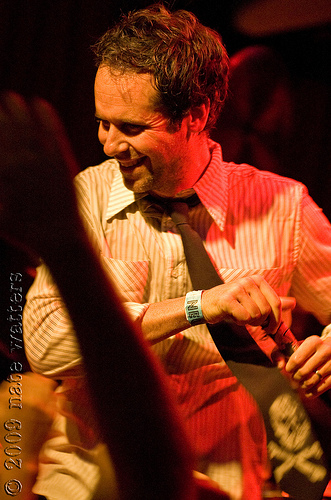 After the show, I found myself looking back upon the last ten years, recalling that first Bouncing Souls show in 2000, and thinking about all of the changes those friends and I have made since that time. Disposable responsibilities and a close bond among friends; it’s a time I remember well. All these years later, as we’re all living separate lives, it’s refreshing to see The Bouncing Souls still out there together doing what they’ve always loved (without the help of major record labels or MTV), showing us that no matter what comes our way, there’s always life to live, however you want to live it.

The Bouncing Souls’ latest album release(s) on Chunksaah Records can be found on their website: http://www.bouncingsouls.com.Â The album is being released one song at a time on the first of every month.