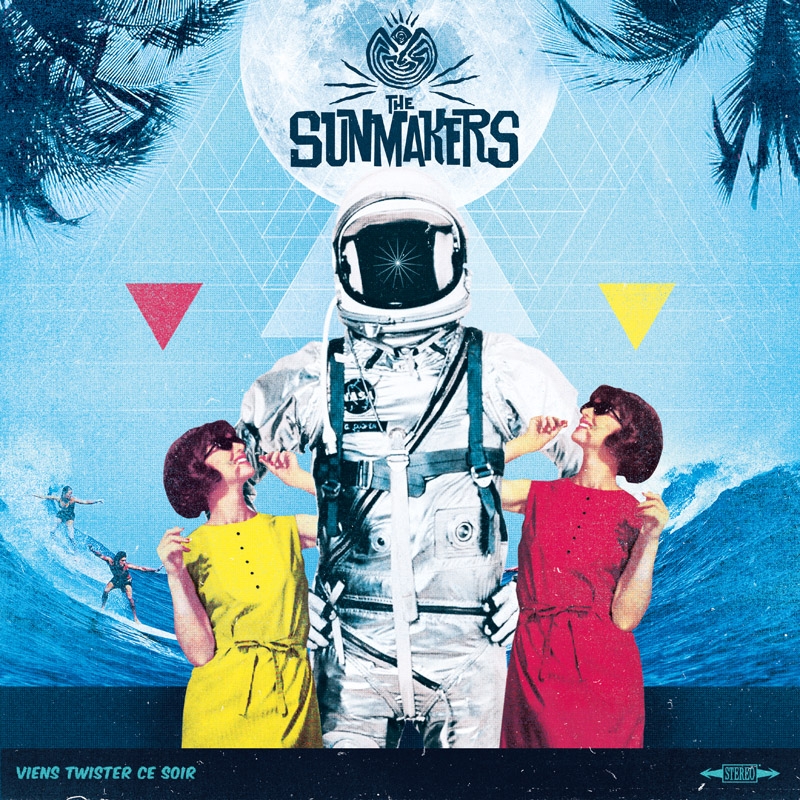 Viens Twister ce Soir, loosely translated as The Twister Comes Tonight, is a traditional surf album by The Sunmakers with a modern French twist.  The songs include a mix of French and English lyrics with a few instrumental tunes.  The young band is fronted by Billy Dorados on guitar, longtime bandmate Jimmy Sunmakers on drums and Dolly Sunmakers (a.k.a., Carole Tweedlee Dee), Billy’s girlfriend, on bass and vocals.  They have lots of fun with sonic special effects including revving car engines, thunderclaps, howls, bird calls, screams, echoing, and fuzzy guitar distortions.  The playful band border on punk at times with explosive lyrics and mosh-pit (or sand-pit) worthy beats.   Most songs are under three minutes with short, catchy guitar licks and recognizable chords from 60s surf bands.  They seem to embrace the past, but are clever enough to pull those elements into the modern world.

It’s a refreshing change to hear old-school instruments and vocals played without over-editing.  The album is a little garage-messy in places, and their English vocals are at times undecipherable; but this gives some character and authenticity to the songs.  It keeps things interesting.  The word nerd in me will also attempt to translate the French lyrics.  It doesn’t really matter if one doesn’t understand the lyrics, though; the upbeat and danceable tunes surpass a need for translation.

“Crazy Legs,” the eighth song on the album is a good example of their surf-punk style.  Billy also delivers short and lively guitar solos:

No surf band would be complete without a soundtrack to a “B” movie.  Their campy video of “Jimmy’s Hawaiian Sword” brings the instrumental song screaming to life and is their nod to that “B” movie era:

The Sunmakers played my favorite song of the album, “Cette Fille-la” at the Surfer Joe Summer Festival in Livorno, Italy. Each artist gets their chance to shine:

Their next gig is at a tattoo convention on April 27 in Pau, France, just south of their hometown of Bordeaux.  I asked Billy if he had heard of Los Straitjackets, my favorite instrumental surf band.  He said they played with them at the Surfer Joe Festival.  The Sunmakers have also played in Germany, Spain, Portugal and Switzerland; so I asked him if they were coming to the U.S. anytime soon.  Billy’s answer: “Maybe in 2013…maybe.” I would love to see a double-billed beach blanket party with The Sunmakers and Los Straitjackets sometime.  The Sunmakers may not be quite as robust as the veteran Straitjackets, but they definitely channel the surf essence in this new album. 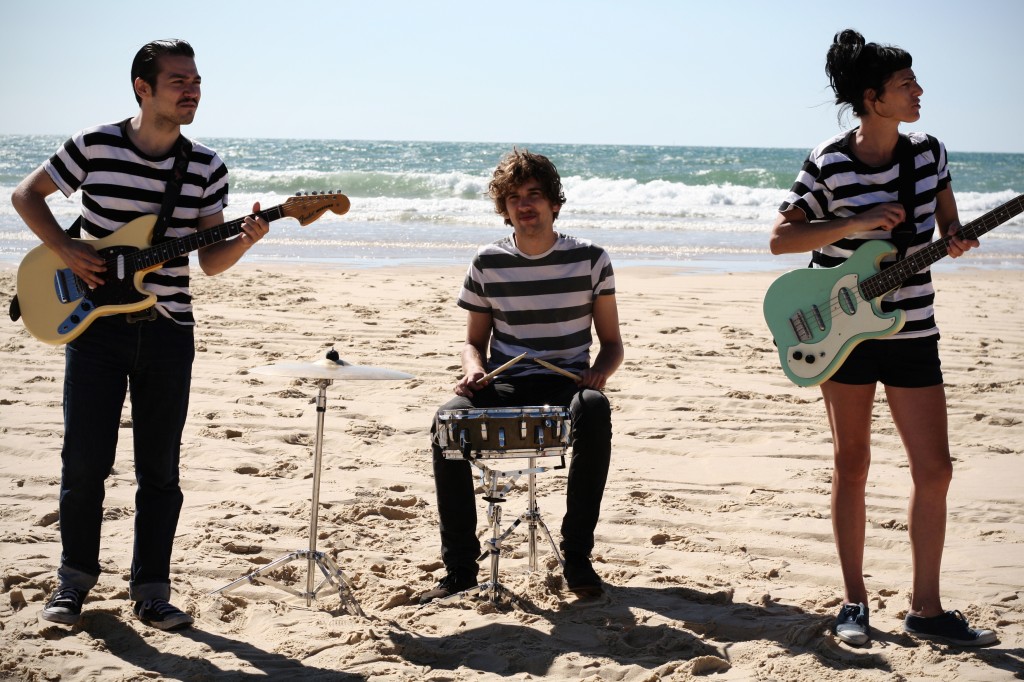 The Magnetic Fields: Love at the Bottom of the Sea April Charity of the Month: Transitions Global
Copyright 2009 - 2012
Randomville.com ™
All Rights Reserved - Photos Licensed by PR Photos