CHECK BACK WITH THIS STORY ALL WEEKEND LONG FOR UPDATES!! 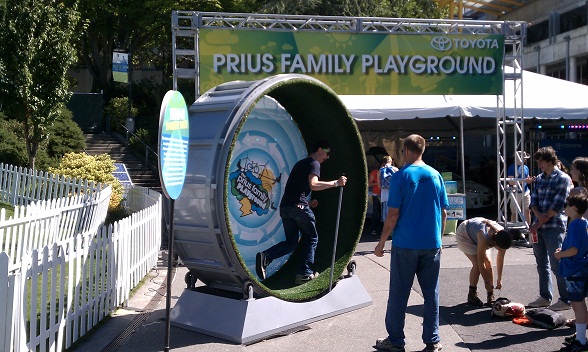 Started off my day moving in away from the warm, beautiful weather into the SIFF theatre to watch two short documentary films about musicians and wondering why they are not famous yet.

The first is Kevin, a film by Jay Duplass about Kevin Gant, a spiritual/poetic/flamenco/songwriter who seemed to be on his way to stardom back in the mid 90s but after an incident where he was brutally beaten by his younger cousin and his gangbanger friends, he lost the will to perform.

Gant was deep into meditation even before the accident, and watching old videos of him, I couldn’t help think of a Cat Stevens artist with the spontaneous understanding of frustrations, but mixed with the freedom seeking of football player Ricky Williams. The beating incident occurred in Los Angeles, sending Gant back home to Austin with his tail between his legs. He got a normal job working at UPS and stayed there for some time.

Part of his inspiration was the flamenco guitar and Gant had an infatuation with visiting Spain with its flamenco origins. Dupree was actually able to arrange for this to happen and after if did, Gant got his inspiration back, and as the film closed, Gant was giving it another try in Los Angeles. Gant expressed heavily how he has learned the true value of life from being alive and living experiences.

Next was a local Seattle film called Who is Duffy Bishop? And Why is she not World Famous? Good, holy, lord! Watching this woman in video clips brought me goose pumps at least once. Think of a modern day mature and sultry Janis Joplin with possibly a BETTER voice! Duffy Bishop is a commanding blues singer, who can be tough and gritty, yet sweet and soulful. For years she was being considered to play Joplin in a film, but it seemed that Hollywood wanted a famous face to fit the part, for money of course.

Filmmaker Brian Johnston was on hand to talk about how the film was made on a budget of about $150 and how Ballard High School donated gear to make the film and students helped out.

The way that woman can command a stage, I hope Susan Tedeschi, Allison Mosshart, and Sharon Jones catch at least a video clip of Bishop some day because she is the example of what a performance should be. It seemed like all she played in the film was cover songs so that could possibly be the reason for her not being famous, but I plan to investigate into her original music now to find out. 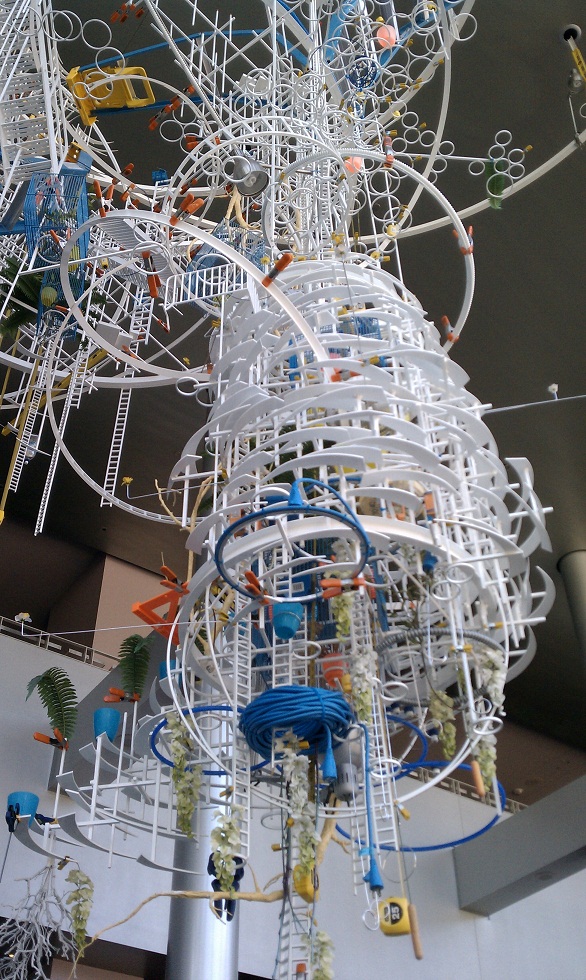 I went and checked out Champagne Champagne for a little while as they had a young crowd chanting back their hip hop choruses. Then I went back inside for some comedy. The description for Hari Kondabolu was that he has been compared to Richard Pryor and Lenny Bruce, which had my interest for sure. However, I found pretty much no comparison and I thought he was okay, but not hilarious. One thing that was funny was how he was trying to convince some guy in Philadelphia that Jesus wasn’t white. They guy said he believed Jesus was white, and Hari replied that he doesn’t believe in gravity, however you don’t see him flying around, right?

I thought Kyle Kinane was the best of the three comics. Hilarious was his encounter at a 7/11 late night when he went to buy a burger bite and the clerk looked at him similar to how a blackjack dealer would if he wanted to hit on a 19 draw. Really??

Pickwick had a line that seemed to run nearly the whole length of all festival grounds just to get in. Luckily I had a press pass (yep, I was that asshole). This local Seattle band had eight guys on stage, keys, a xylophone, shakers and all kinds of things happening. Half the band looked just dry, nice and swell with cuffed jeans and nifty sweaters, while the singer had hair on its way to becoming Kramer from Seinfeld. But make no mistake: Singer Galen Disston can sing, sounding like Nathan from Cold War Kids quite often.

Live From The Basement – Pickwick from Sound on the Sound on Vimeo.

Pickwick is kind of like Motown going just a tad lighter on the soul, blended with ‘ought pop music. Most of the lyrics were about relationships and such. I kept wanting to leave to check out other things at the festival, but this band simply wouldn’t let me go. I don’t know how that white boy got that soul sound in him, but damn did he ever!

Trombone Shorty & Orleans Avenue. Shorty (Troy Andrews) has played with them all and he’s only 25 years old: Fats Domino, U2, Green Day, Lenny Kravitz, Dr. John and even Bo Diddley when Andrews was only four years old. Yeah, the kid can play trombone! I only got to see the very beginning and ends of his show, but Shorty played in his traditional home town tongue of New Orleans and even super fast in a spanish kind of mode. It didn’t matter. He commanded and ran the stage as the leader, all with just a trombone. Trombone Shorty & Orleans Avenue were like a traditional New Orleans jazz band, injected with a shot of rock & roll. The crowd ate it all up and to finish off the show, all seven band members moved around on stage to different instruments: the guitarist was now on the brass, drummer a guitarist, and even Shorty himself climbed behind the drum kit. Again, the crowd was blown away, myself included. Best act I saw all day.

This year the main stage acts were moved from Memorial Stadium indoors to Key Arena. An interesting choice but maybe not a bad one. After a full day of being on my feet and running around the festival for ten hours, the thought of sitting in a nice comfy seat with air conditioning and a better view than I would have had at Memorial Stadium? Winner!

Ray LaMontagne was on hand to close out night one in Key Arena. Ray started the show as only a duo with his bass player to the tune of the song “Burn.” Next his full band joined him onstage and the night of soft and subtle twang ballads were on their way. The Key had good sound and views, however I wasn’t impressed with the live video screens with their blurry vision, looking like they had been used since 1992. The Arena was also maybe only 3/4 full (which is still probably around 12,000 and not bad) but Saturday was admittedly the weakest lineup of all three days.

Ray was pretty much dressed in a full Dylan vest getup with a sensible version of a mad hatter matching brown hat on. But the brim was solid, never to reveal his eyes to the crowd within eye shot or video camera. “Hold You in my Arms” got much applause. Not long after, Ray went from his usual smoky vocals to a little grumbling, only briefly and the question hit me: I wonder if Ray LaMontagne really is heading down Bob Dylan Avenue?  Well, if you read my brief (and that’s because I could only stand a couple songs at most) review of Dylan last year at Bumbershoot, then GOD HELP RAY!!

Ray’s band had really good musicianship, but personally, the lap steel guitar just gets under my skin and his group had a lot more of a country thing going on than I had hoped for. They were are all a tight and solid group though, make no mistake. But at times I just got kind of bored as they pulled the energy out of me. And just as I thought that, the band launched into “Devil’s in the Jukebox” for a bluesy romp having Ray get down on the harmonica and his guitarist lighting up some slide guitar.

For the encore, the band played “Let It Be Me” before leaving Ray alone solo to play “Rock & Roll and Radio” to an absolutely hushed crowd (well, mostly…some drunk asshole always has to ruin it). LaMontagne poured out his heart into that mic to sing “Are we strangers now
Like rock and roll and the radio?” in the softest, most aching voice.

The guy behind me said “wow.”