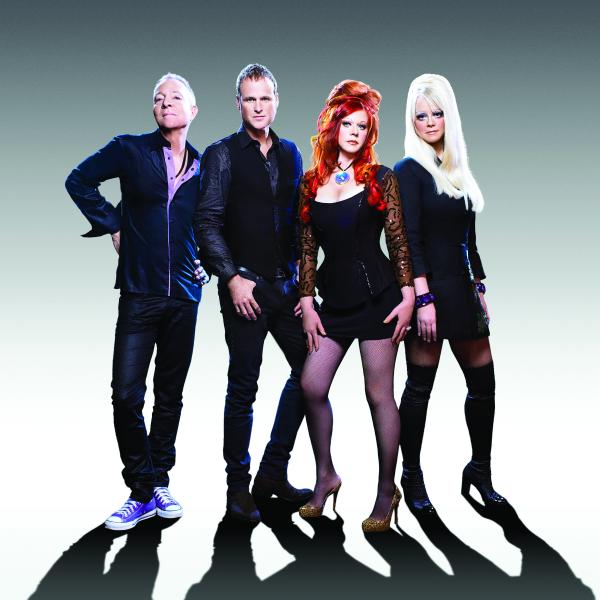 The B-52's Photo by Joseph Cultice

The B-52’s came to party on a beautiful Saturday night at Chateau Ste. Michelle, an outdoor venue and winery in Woodinville, WA.  They looked fresh, fit and sounded terrific.  The four members, Fred Schneider, Keith Strickland, Kate Pierson and Cindy Wilson strutted their stuff and added a few bandmates for the tour.   The B-52’s are getting ready to release a new live album recorded in their hometown on October 11 called With the Wild Crowd – Live in Athens, GA.  In support of the upcoming album, they showcased their greatest hits from the past 32 years, sang them with energy and punch, and partied like it was 1979.  A quick look among the aging and stiffly dancing crowd, though, reminded me otherwise. 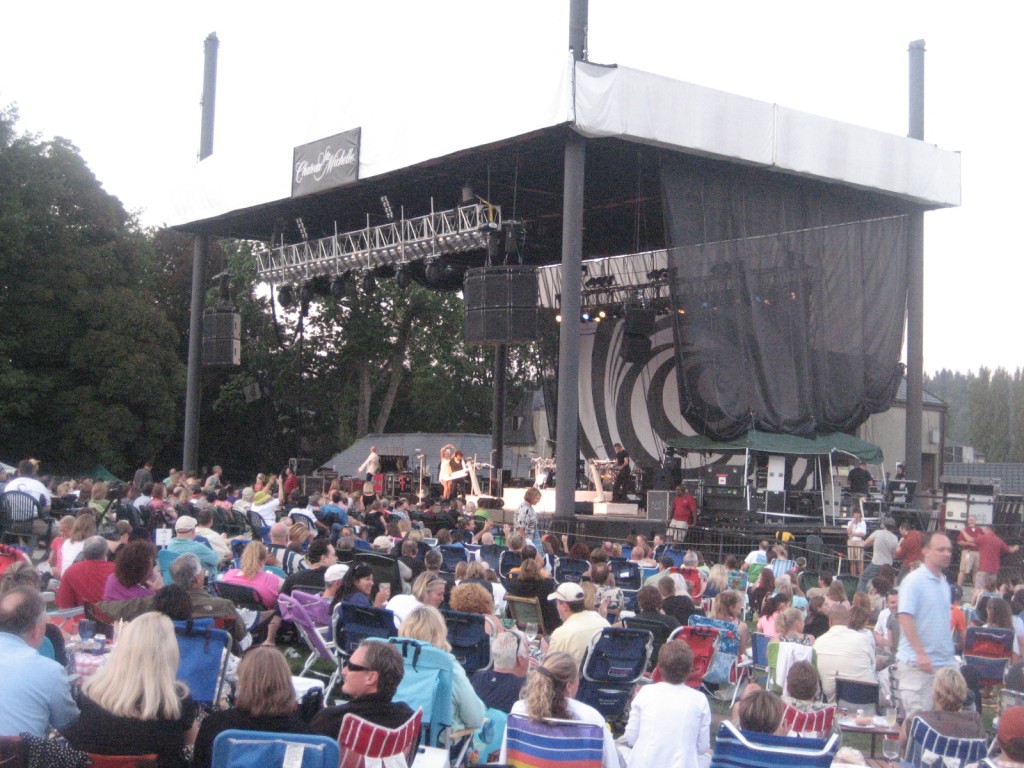 The Human League opened the show to a drunken picnic of middle-aged fans who at first didn’t seem too interested in the fact that The Human League just dropped a new album entitled Credo.  The new songs were auto-tuned and heavy on synth (including two keytars), and seemed a little too new for this 80s crowd.  Plus, the audience was trying to finish its sauvignon blanc, cheese and crackers before heading back to the wine booth for another bottle.

Philip Oakey, The Human League founder and lead singer, admitted to the audience he was sporting gel insoles now, another reminder of our age.  I glanced at my own shoes.  Nope, not yet; I was wearing high-heeled cork sandals.

Finally, toward the second half of the set, The Human League picked it up and started playing the old familiar tunes, and the crowd sang along.  Some got up and danced (Oh, you know the dance–think of Elaine on Seinfeld).  I had forgotten how many songs that hit the charts back in the day, including “The Lebanon,” “I’m Only Human,” “Love Action,” “Fascination,” “Mirror Man,” and the big finale, “Don’t You Want Me.”

The crowd was now thoroughly primed and lubricated for The B-52’s to take the stage.  When they strutted out to greet the fans, almost everyone stood and cheered, and remained standing and dancing for the entire show.   I have seen The B-52’s two other times in the last two decades, but looking back I would have to say this was their best show of the three.  They brought tons of energy and the guitars ROCKED the house.  It was more of a rock show than a new wave revival.  The loud, rocking sound was complemented by the addition of their talented tour mates, which included Sterling Campbell on drums, Paul Gordon on keys and guitar, and Tracy Wormworth on bass.

They began the set with “Pump,” off 2008’s Funplex,  followed soon after with “Private Idaho,” prefaced with Kate Pierson’s shout to the crowd: “Alright, Woodinville!  Let’s go to Idaho!”

Fred Schneider then warned, “I hope you don’t have dust allergies, ‘cuz we’re going to lift back the curtain of time…and it’s DIRRRTY!” The audience roared as they turned their watches back about a hundred thousand years to “Mesopotamia.”

“Give Me Back My Man,” off their second album Wild Planet was one of the most challenging songs for Cindy Wilson.  The vocal range in that song is incredible; and while not perfectly rendered, she still hit the high notes in the title lyrics.  Both girls sounded excellent, considering how long they’ve been at this gig.  I guess like a good wine…

The show became a dance party, and there was hardly a trace of the lounging picnicking crowd that gathered before sundown, except the expanse of blankets and empty chairs and wine bottles scattered throughout the lawn.  The energy never wavered, and the crowd jammed along with them through their spirited, yet always too-short set, which included more audience favorites, such as “Party Out of Bounds,” “Roam,” “Cosmic Thing,” and concluded with the explosive “Love Shack.”  Missing songs included “Quiche Lorraine (Has anybody seen / a dog dyed dark green?)” and “Strobelight,” one of my personal favorites.  Maybe next time around. 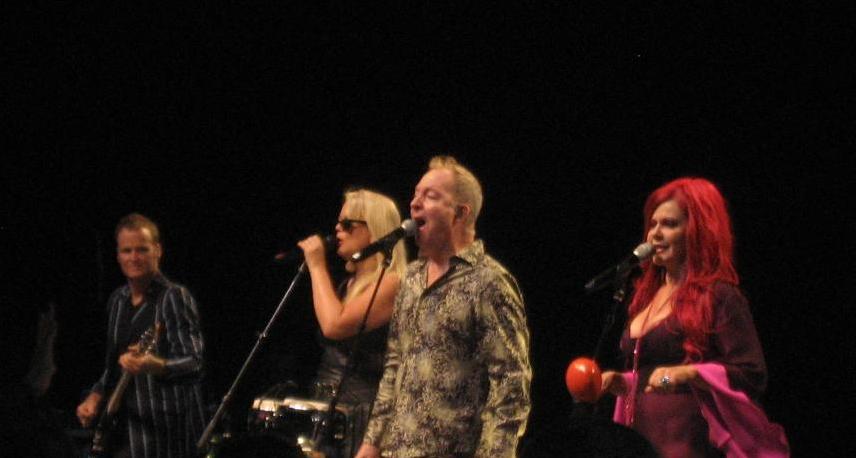 After a few minutes and lots of cheers and shouting from the crowd, The B-52’s came back for a short encore that included “Planet Claire” with high-pitched wails from Kate and Cindy, and right into “Rock Lobster,” the mandatory closer.   The party ended much too soon.