Sometimes your closest friends are those the farthest away, and open to interpretation. Listening to Sandro Perri’s new album Impossible Spaces seemed to solidify that reoccurring theme I have encountered in the last few months. 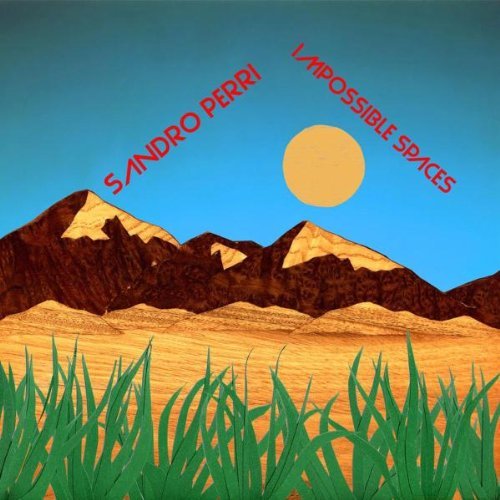 Perri creates narratives within the organic structures of a lost century’s jazz band. Songwriting in the 21st century has many answers to give us, even in times where bands churn out predictable choruses and changes that feel like house chores. Impossible Spaces opens some new dimensions to the ear.

Acrobatic keys and synths, bossa nova-fused guitars and boss horns create their own on the entirety of this album. Even the seasoned opened-minders will be surprised with this album.The grooves fall somewhere between curious jazz and poetic lyrical weaving. It feels refreshing and easy going at the same time.

“Love and Light” is an airy and yearning percussive groove. Though all the bit questioning and driven in its lyrics, this song stands on its own cohesively, tying tracks before and after.

In “Futureactive kid Parts I and II,” Perri uses many words to tell of a misplaced lover. Lyricism stretches and aches in this tune.

and it gets late.

Meanwhile its easier to talk straight

to myself while you listen from a shelf.

“Wolfman” is the ultimate acid test if you’re still doubting this album. Clocking in at just over a solid 10 minutes, Perri tells a thoughtfully empathizing story of an endearing Wolfman with lyrics like, “So instead of tearing me up he invited me for a swim.” One imagines the Wolfman as a vulnerable person with problems of his own, living in this modern world. Some top-notch guitar work makes this song really nice.

Perri’s musicians sound as if they are a handpicked bunch, with their individual but not limited musical interests. Their skills shine on every minute of Impossible Spaces until the final title track.