We decided to round out the year by asking several of our writers to bring one of their favorite songs of the year to the table. Listen to each song and read along with each review. Plus, we have one guest reviewer: Santa Claus!

Speaking of year-end stuff, it’s not too late to vote for your favorite albums of 2011. In early January, we will release the TOP 100 albums of 2011 as voted on by our readers! Go here to vote.

The Alabama Shakes have such a distinctive sound it’s easy to see why every music blog on the planet is hyping them as sure to make it big in 2012. The uplifting message is perfect for this holiday season, and you’ll be “shaking” back and forth all the way to *Alabama* from the infectious rhythms. Was that too cheesy? I used to write for Rolling Stone in the 80s and they loved reviews like that! Sigh…Santa promises to do better on the next song. (5 candy canes out of 5) 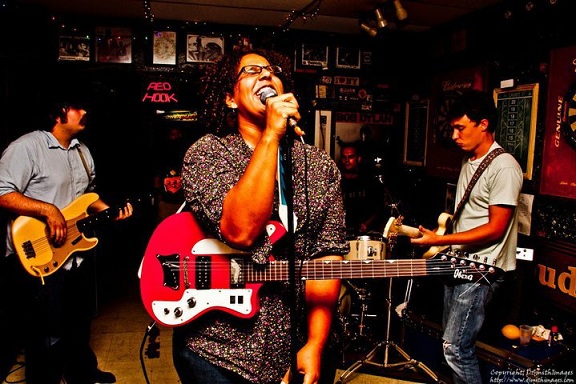 I see the appeal. It’s the retro, alternative, country and soul sound that is popping up in more and more indie music. It has a good groove but is forgettable. (3/5)

Brittany Howard’s vocals and guitar playing definitely carry this tune. It’s a simple song, but hoo boy, can that woman sing! If I didn’t know this was a 2011-centric list, you could have told me this came out in the 60s and I would have believed it. The slight distortion in Howard’s voice is a nice touch, and I love the bluesy guitar licks she throws in here and there. Out of nowhere, the deep synth adds a lot to the backbeat, and I love the way it gently settles you down after such a monstrous peak. (3.5/5)

Groovy rock meets soul. This song speaks to me. Howard’s voice cracks, breaks, and matches the rootsy guitar and drum beats. She lets loose in the bridge with gutsy screams. They’re heading West in January; I’ll be there. (5/5)

The Twilight Singers: “On the Corner” (live)

The Twilight Singers have never been my cup of tea, but now I’m starting to wonder if that’s because I haven’t seen them live. This is a straight rocker, through and through, complete with a raucous wah-wah guitar solo in the middle. Listening to it again, it’s actually pretty surprising how high up they manage to build this tune. Greg Dulli has got a great set of pipes, and he seems to know it. This must have been a killer show. (3.5/5)

This song feels like something I’ve heard before despite the fact that I haven’t. Its familiarity makes it easy to get into without being able to understand many of the lyrics nor having heard the studio recording. I am definitely curious how the production compares and how increased dynamics in the studio version improves the song. (3/5) 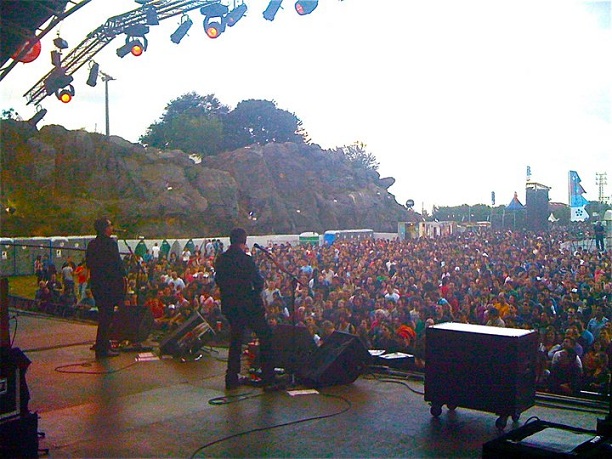 Dulli is a naughty, naughty boy, but Santa loves him. I had the Twilight Singers perform at the workshop last year, and the elfs danced and drank the night away. Afterwards, they sat in a dark room, silent and brooding, as is the tradition with all Twilight Singers fans. Mrs. Claus confided to me later that Dulli wanted to show her the ‘North Pole,’ but she just said “I see it all the time. Look. It’s right over there,” and pointed out the window. (She is not schooled in the way Dulli operates, which is lucky for me). That being said, the Twilight Singers are much better live than on their albums, which this song proves. I may invite them back to play some Christmas standards soon! (4 candy canes)

This band has a big rock sound, and the live show brings even more energy. The intro is slow with a synth beat, but quickly crescendos as Dulli’s raspy voice shouts out the suggestive (uh, commanding?) lyrics. The guitar solos rock, and the wah-wah sound dates back to the early 70s. The song slowly tapers off to an almost pensive finale. (4/5)

Coming full circle on his latest album, Dulli and the Twilight Singers are sounding more and more like the defunct Afghan Whigs he helped make famous. “On the Corner” gives us the driving drums of “Gentleman” and the plaintiff vocals of pure Whigs-era Dulli begging us all to “rise” with him and take our place. Listening to this track, it’s no surprise that the Whigs have announced that they’ll be re-uniting for four shows next year. (7/5!)

Star Anna and The Laughing Dogs: “For When I Go”

“For When I Go” is sung with soul but is non-descript. I like the rough, honest quality of her voice but the song lacks the special quality I hold my breath for: the chord progression, lyric, or the harmony or bridge that is so distinct that it makes me fall in love with a song. (3/5)

I’m not really sure what to say about this song that simply listening to it can’t say better. Star Anna has an incredible voice, and her band backs her up perfectly. The guitarist seems desperate to match the sheer emotive power of her singing. This is music to close out a bar to. (4.5 / 5) 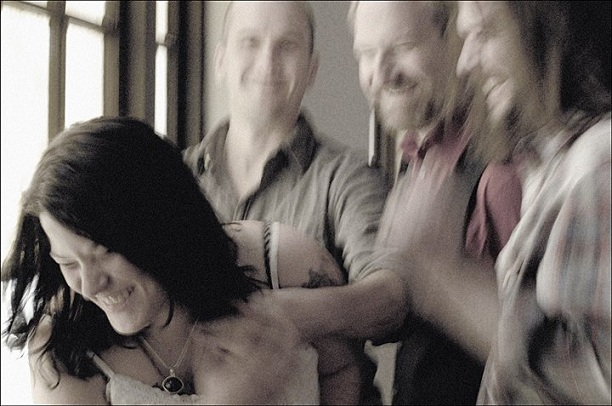 Star Anna’s voice aches and captures her audience. The song hints of an R&B slow jam, and slowly pulls us in close. Justin Davis on guitar and Ty Bailie on organ enhance the song with grinding solos. The best way to hear Star’s music, though, is at a live show. (4.5/5)

Close your eyes. Listen closely. You would swear that Lucinda Williams is singing to you as you listen to Star Anna. If you are a fan of Williams’ throaty vocals and songs of heartache, longing and loss, you will love this song. (4/5)

At Christmas, I use the stars to help guide my sleigh on Christmas Eve, as you no doubt know. There is no “Star Anna” in the sky, though a KEXP live performance is on my 8-track. That’s right. I have an 8-track in my sleigh. It’s the only thing that doesn’t skip when you’re screaming through the night near the speed of light delivering presents. So, give yourself a Christmas present and go see Star Anna next time she’s in town. (3 candy canes)

Backed by a pounding Boss Dr. Rythmn DR880, this track drones like a dirge, but preaches a message of hope….just hold on. (2/5)

The most interesting facet of this song for me was the addition of an auto-tune like effect in the bridge. The singer could very well be manipulating his own voice without using an effect, but either way it’s a great layer to an otherwise mellow yet rich song. (3/5) 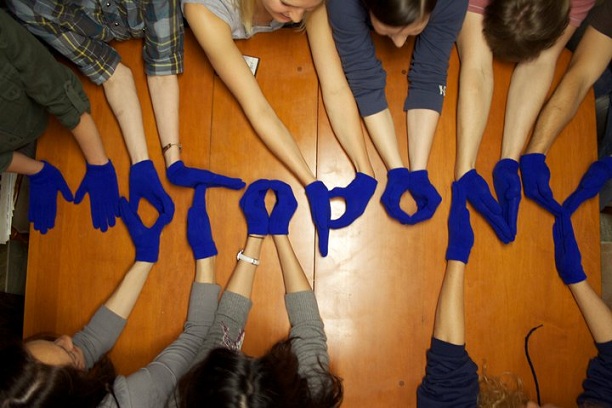 Once, the elves made an experimental motopony which you could control with an i-Thingy, but it went haywire and tore a hole in the side of the reindeer barn, searching for hay. I had to put it down Old Yeller-style after it attacked Rudolph. Sad. We lost a bundle on that thing. I would leave these guys some fancier musical equipment though instead of the Toys R’ Us guitar and Casio sampler they’re using here. It’s too sing-songy for me, and I’m the one who wrote “Deck the Halls!” I have copyright on that shit, so for singing that song in your head, you owe me some money (though I will accept milk & cookies in payment this time). Santa’s watching, you pirate! (1 candy cane)

The soft vocals and lyrics of Daniel Blue whisper a depressing tale, until one realizes that this is a story of change and growth. The instruments are kept to a minimum as the song follows the narrator in his decision to free himself from a stifling relationship. It seems to pick up speed as he frees himself from those holding him back. “I never was allowed to shine.” The chorus begs to “hold on,” as things will get better. (3.5/5)

Keep Shelly in Athens: Running Out Of You

A solemn synth whistle, pulled right out of Duran Duran, introduces this song. The synth-heavy, melancholy vibe combined with haunting vocals lingers until the 2:50 mark, when the tempo changes and hints of Van Halen’s “Jump” chords break the mood, and a rapper in the background tells us to “Break it Down!” This is a fine piece of electronica with a retro twist. (3/5)

I once dated a girl named Shelly, who coincidentally lived in Athens, Greece (is this the Athens referred to in the band’s name?). We feasted for a month on pitas, grapes, and Mediterranean salad before I learned she was doing “Greek” with a schmoe named Alexandro. (Santa’s being naughty, I know). You know what I gave them both for Christmas that year? Crabs! Yup, big ones fresh from NE Maine. Some of the world’s best crabs come from that region. Santa is a forgiving guy.

This song is creepy in that Old Man Winter sort of way. I did not care for the hip-hop transition near the end of the song as that and the Mannheim Steamroller keyboards could work in a montage scene in the upcoming Rocky IV remake. You didn’t hear about this? Sylvester Stallone goes 15 rounds with incontinence. It also takes place on Christmas, like the original. (2.5 candy canes) 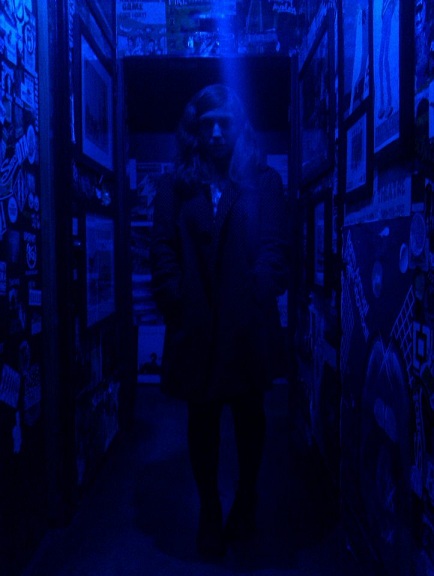 I love the reverb, trip-hop sounding vocals, and the down-tempo turned eery dance music that breaks out at the end. It’s a sexy song that’s uplifting even in it’s bittersweetness. It’s a song that makes everything okay. (4/5)

The first thing that comes to mind as I listen to “Running Out Of You” is Mazzy Star in slow motion. I really like the sleepy groove and the varied instrument use. It’s interesting; the song is fairly straightforward, yet I’m consistently surprised by where it’s going. The dense synth layers over those vocals sound really great. Unfortunately, I could pretty much do without the entire second half. It turns a little too 80s-montage for me. Is that really a sample of a guy saying “break it down?” (2.5 / 5)

Down tempo, ethereal electronica mixed with a heavy dose of infinite sadness. (3/5)

And our parting words from Santa:

I had fun doing this. Thank you Randomville for allowing me the opportunity. Don’t have too much eggnog this holiday season or your Merry Christmas will become a Merry Pissed-mas! (Blame Frosty the Snowman for that one. He thinks he’s a comedy writer. I guess that’s why Two And A Half Men hired him.) Happy Holidays!!!